A goose well worth a gander

It’s hard enough trying to open a London fringe venue in any circumstances, so what kind of person would think of opening a new pub theatre in the middle of pandemic?

Living With the Lights On

You might think a slightly mad or reckless one, but when I speak to Georgia Harris on the phone about the opening of the Golden Goose theatre in Camberwell where she is artistic director, she sounds completely sane and aware of all the risks.

“When is the best time to open a fringe theatre? Probably never, but there is a real need for artists to be able to make and show work, and audiences are hungry to see it,” she laughs when we talk on the phone. She clearly knows what she’s doing after working as an artistic associate for several years at another long-established pub theatre venue, The White Bear in Kennington. In fact, it was Kingsbury, on his way to visit his mum in a care home, who discovered the Golden Goose space last year. 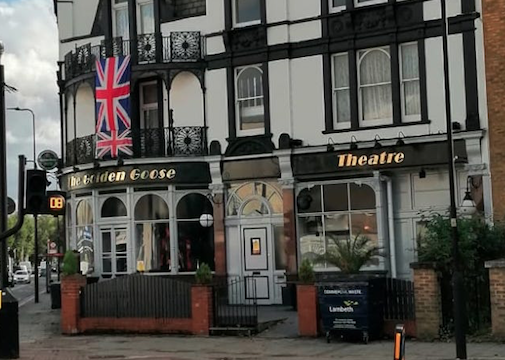 The opening show beginning on October 13 is Mark Lockyer’s brilliant, brutal and very funny tried and tested one-man show, previously seen at the Young Vic. It tells of his breakdown while playing Mercutio in Romeo and Juliet when he was at the RSC in Stratford upon Avon in 1995 and subsequent diagnosis of bi-polar disorder. It is followed by the British premiere of the American musical, Now. Here. This. and that is followed by the world premiere of Mark Farrelly’s two-hander, Howerd’s End about comedy legend, Frankie Howerd. November brings Eating Myself, Pepa Duarte’s play about women and food in Peruvian society which features on-stage cooking.

“We’re not programming too far in advance,” says Harris, “because at the current time we are aware that if the situation with Covid gets worse, we might have to reschedule shows. We are doing everything on a box office split with companies, there are no hire fees.” That’s good to hear because for many companies putting on a fringe show requires such an outlay on hire fees that it makes the London fringe beyond the reach of many.

It’s an ambitious start and Harris says it is all made possible because the Golden Goose is much larger than most fringe venues and in non-Covid-19 times would have a capacity of around 100 seats. 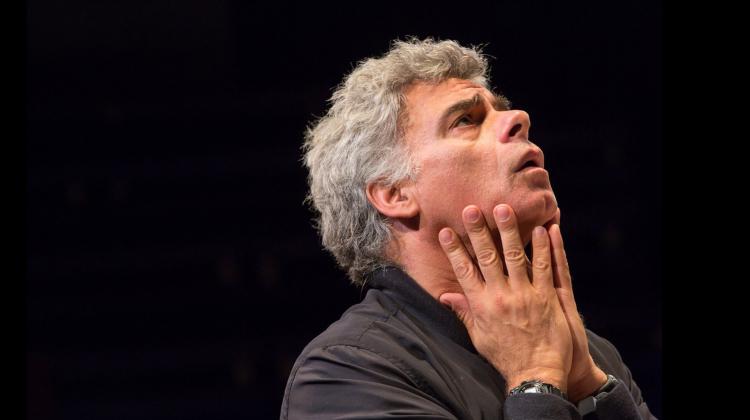 Mark Lockyer in Living With The lights On.

“After spending a year raising the money to open the space, we had planned a grand opening in June. That wasn’t possible, but we decided at the end of August that we had to do something,” says Harris, “and what we have is an auditorium that can seat 40 socially distanced in a Covid-safe fashion. So, we feel lucky, many pub venues are too small for that.”

The ambition is to develop shows from the ground up, including new plays by new writers, and Harris hopes to have the first Golden Goose in-house production opening next March, but she understands that caution has to be the watch word as the venue tries to put establish itself. But a Tweet she put out saying she had a space and was interested to hear from artists and companies looking to stage their work attracted hundreds of replies.

Although it may seem counter-intuitive, there may be unexpected advantages in opening during a pandemic. There is so little theatre available at the moment that fringe theatre has a visibility that it doesn’t always have when there is a glut of high profile shows in London. That means that it has a better chance of attracting both audiences and critics. In recent weeks venues such as the Tristan Bates and the Garden Theatre at the Eagle have benefitted from full houses and significant coverage in the media. It may well be that at this particular moment those like Harris and the Golden Goose who dare to open up are in a good position to reap the rewards. 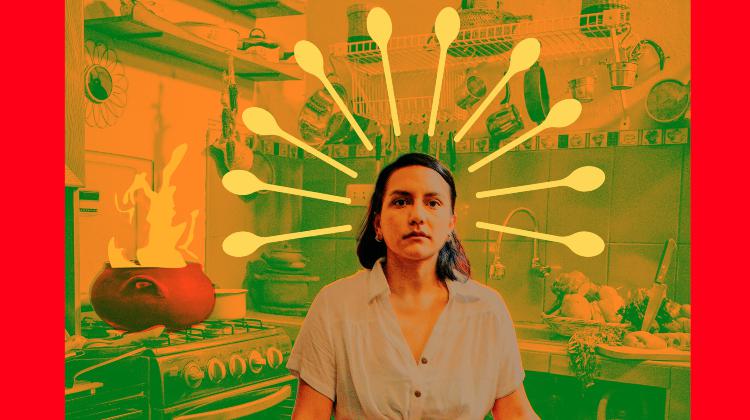 In fact, it may well be an ideal moment for a new venue to open, not least because as Harris points out people have been starved of the opportunity to see live theatre, and for many being able to do that in their locality without having to travel far by public transport gives it extra appeal.

“There is already a rich artistic community in the Camberwell and Peckham, and there is excitement in the local area that we are starting up at a time when there is so much negative news about how the theatre industry is currently unable to operative. I hope it gives people some hope. I think it is a moment to push back, show what we can do and give the London Fringe a jump start.”

You can find tickets for all of the above mentioned shows here.