A Christmas Carol, an endlessly adapted but enduring festive story

A Christmas Carol, an endlessly adapted but enduring festive story

“Dickens dead? Then will Father Christmas die too!” was the apocryphal exclamation made by a Drury Lane street hawker on hearing of the death of the famous novelist, Charles Dickens. Both Prince Albert and Dickens are often credited with inventing the British Christmas—one with the importation of the Christmas tree; the other with his novella, A Christmas Carol. Christmas wouldn’t be Christmas without them.

Written in just six weeks to solve Dickens’ ongoing money problems, A Christmas Carol was an immediate hit with the public if not always with Dickens’ fellow novelists. The now mostly forgotten Mrs Oliphant observed waspishly that Dickens “was the first to find out the immense spiritual power of the Christmas turkey.”

But the novel endures, both on the page and in its theatrical form. Even Dr Who has paid homage to it in a 2010 episode. This Christmas, London has two high profile versions: Jack Thorne’s adaptation which has become an annual fixture at the OId Vic (this year with Stephen Mangan playing Scrooge) and the Mark Gatiss’ A Christmas Carol - A Ghost Story at Alexandra Palace. Oh, and don’t forget the delicious Sh!t theatre’s Original Sing-a-Long A Muppet Christmas Carol at Camden People’s Theatre in mid-December. A Christmas Carol can be mawkish with it’s relentless Christian morality; but it can be fun too. 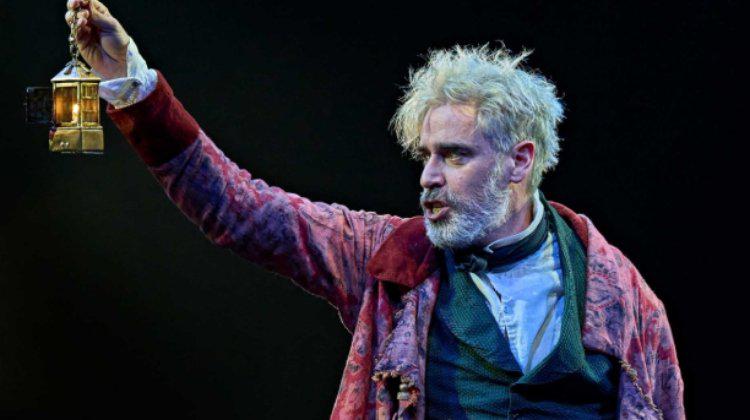 Stephen Mangan in the Old Vic's A Christmas Carol. Photo by Manuel Harlan.

Writer and director Alexander Knott is a huge fan of Dickens’ story, particularly the Old Vic version with its hand-bell ringing, sprouts and pies, and argues that with A Christmas Carol Dickens invented “a new storytelling archetype. We now take the story of a man visited by the ghosts of Christmas past, present and future for granted as a narrative mode but it was a completely new way of telling a story when Dickens wrote it.”

Knott is also offering a fresh perspective on the familiar tale at the Park Theatre this year with a show called Cratchit which puts Scrooge’s downtrodden clerk, Bob Cratchit, centre stage. It is Bob, not Scrooge who gets to see three ghosts.

“Dickens didn’t expand upon him very much in the novella and despite the hardship he faces, he’s always got a smile on his face. But I have always wondered whether deep down he has a burning resentment for Scrooge and that he must feel hard done by. I wanted to explore that and what happens when the mask slips and the resentment is glimpsed. I think that is something we can all relate to, particularly at Christmas when you sometimes feel as if you have to put on a brave face for the sake of everyone else.” 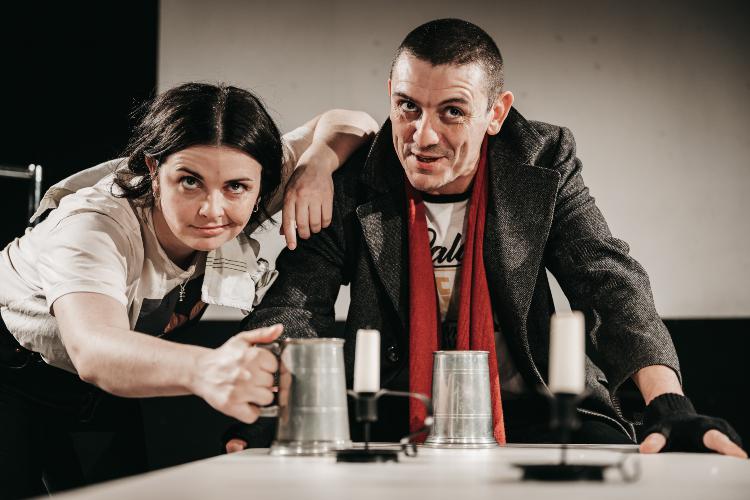 *Freya Sharp and John Dagleish in reahearsals for Cratchit.

Cratchit began life last year at the Old Red Lion (where Knott was the artistic director) in a show called December that was due to be staged live but in the end because of Covid restrictions was filmed and distributed digitally to enthusiastic reviews. The Park Theatre saw December and were interested in staging it and Cratchit, a substantially rewritten version, is the result.

“December was very much driven by anger at inequality,” says Knott, “and of course that remains. There is a provocation within the piece in the way Bob feel and experiences the inequality with our own times and the anger that people feel about who bore the brunt last winter. But this new version is also much more about the Cratchit family. Audiences are in for a few surprises.” That includes an expanded role for the daughter, Martha Cratchit, and an unexpected future for Tiny Tim.

“We will be pulling the rug from under people a bit,” says Knott. “It is not a retelling; it’s an entirely new play, but one that should feel both a little bit familiar but also very fresh. Bob goes to some dark places. He feels completely wronged by Scrooge and he has an anger he doesn’t know what to do with and he comes very close to despair. But what he doesn’t want, never wants, is anyone’s pity.” 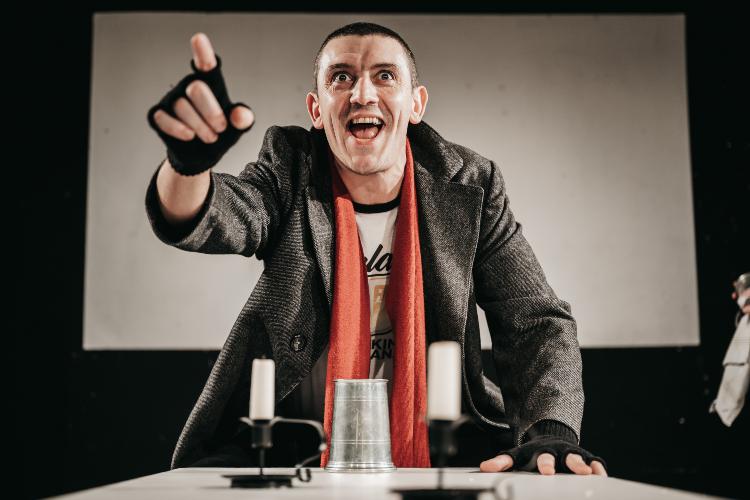 One of the most famous Christmas movies, It’s a Wonderful Life, borrows from A Christmas Carol and in his turn Knott has with Cratchit tipped his creative hat at Frank Capra’s 1946 film.

“We’re finding out in rehearsal just how far we can push the darkness, but in the end like A Christmas Carol this is a story of redemption, and Bob realising what he has in his life. I think we all need that and in the dark end of the year we often have a feeling that if we can just get through to Christmas we will find solace and peace. I know I do.”

So, when Cratchit opens what will Knott be doing?

“I’ll be off to see the Old Vic production. For me it is as close to perfect staging of the novella as you can get. I wouldn’t want to miss it.” And A Christmas Carol fans won’t want to miss Knott’s unique take on the story they thought they knew so well.