10 things I love about Orpheus at Battersea Arts Centre

1. Like Emma Rice’s Wise Children, Little Bulb’s show within a show is a celebration of theatre itself in all its gaudy down-at-heel red velvet glory and tawdry illusions.

This is a show that fits Battersea’s Grand Hall like a silk glove as the space becomes a 1930s Parisian cabaret theatre where jazz guitar maestro Django Reinhardt (Dominic Conway) re-enacts the story of Orpheus and Eurydice opposite a Piaf-style chanteuse, played by Eugenie Pastor.

2.   For the first few minutes I was distracted by the fact that my last encounter with Eugenie Pastor was in her brilliantly provoking and generous one on one show, Pube, in which she fashioned a portrait of me from my own pubic hair. (Do not ever say that we critics don’t lead thrilling lives, or that artists can only do one thing.)

3.   There is something brilliant about the way the show apes silent movies and does it with so much noise. It’s such exquisitely beautiful noise too, drawing on Debussy to Monteverdi and Bach to Brahms and throwing in a big dollop of Piaf and Reinhardt like brandy cream on spiced pudding. The band is sublime.

4.   The moment when Tom Penn’s counter-tenor sings Persephone’s plea for the lovers’ feels as if somebody is running a silver blade up your back. It is one of the witchiest and most bewitching theatrical moments of the year. 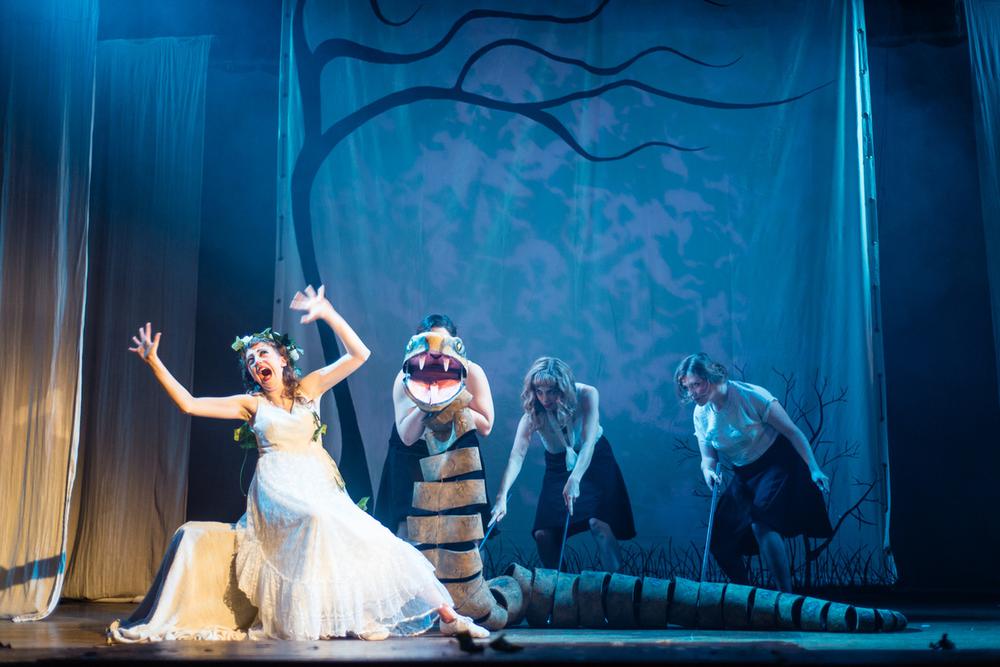 5.   The puppet snake may not be as loveable as Joey in War Horse, but it has much more forked tongue purpose. But it has considerable competition from the human cast who also play rabbits and goats with the seriousness of a reception class doping the nativity. I also liked the way that the dyads are temperamental teenage temptresses.

6.   Even as it celebrates music-making and does it with enormous skill, it sends up the idea of male genius. This Orpheus is a bit of a prat. You feel the cast have all read Carol Ann Duffy’s brilliantly beady-eyed poem, Eurydice.

7.   All shows are better when there is a baby in the audience. Battersea’s initiative to make all shows relaxed (or extra live as it is sometimes called) is very welcome. It’s time to stop thinking about theatre as a church where the audience has to bow down in reverence.  Here, they are much more likely to dance. 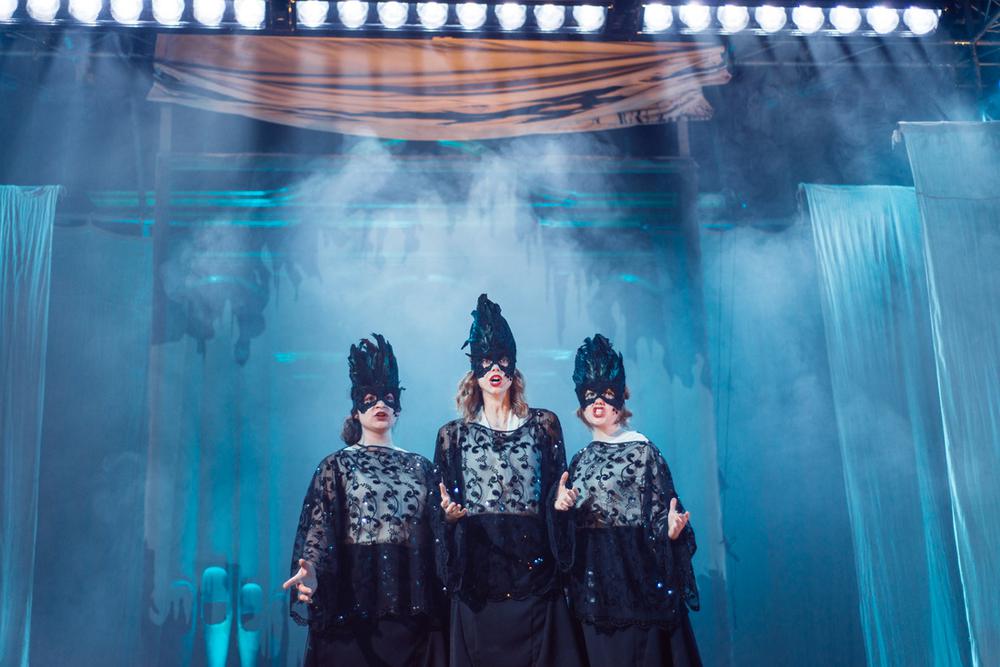 8.   I enjoyed Little Bulb’s larky exuberant version of the story much more than I enjoyed Hadestown which takes itself much more seriously and is less a hymn to love than a hymn to stalking. This highlights the absurd self-obsessions of love, and the way we don’t just fall in love but perform falling in love and being in love too.

9. There is no British company better than Little Bulb at playing.  They remind me of early Complicite (and I mean very early 1980s Complicite) in the way they approach making theatre with deadly seriousness, mind-blowing skill but also with the spirit of toddlers who have just discovered the dressing up box and are clowning around.

10. I do not give star ratings and I am not going to start (even if theatres and companies seem hooked on them and find it hard to celebrate or even talk their work outside this rating system), but if I did, I would shower it.