Eighteen years ago, when he was in his mid-twenties, playwright Shahid Iqbal Khan hadn’t even been to the theatre.

Except on a trip to see the local panto on a school trip. But an acting workshop he took to improve his confidence, combined with a trip to the Lowry Theatre in Salford to see a ballet version of Romeo and Juliet, opened his eyes to the possibilities of theatre as a way of telling stories.

This week his play 10 Nights opens in the Bush’s studio theatre in a co-production with Graeae and Tamasha, and next year he will be on a year-long attachment at the Royal Court that comes with a co-commission from the disabled led company Graeae and the Sloane Square new writing house.

“It’s feels like quite a journey,” says Khan who still works four days a week in pharmacy dispensing dealing with patient queries in GP practices. “A bit of a dream come true.” Disarmingly likeable, he adds: “If I can do it, it means others can.” That’s true, but the change in theatre that brings voices centre-stage like Khan’s ---who is deaf and hails from Bury’s Muslim community-- remains slow, and plays such as 10 Nights suggest we are all the poorer for it. 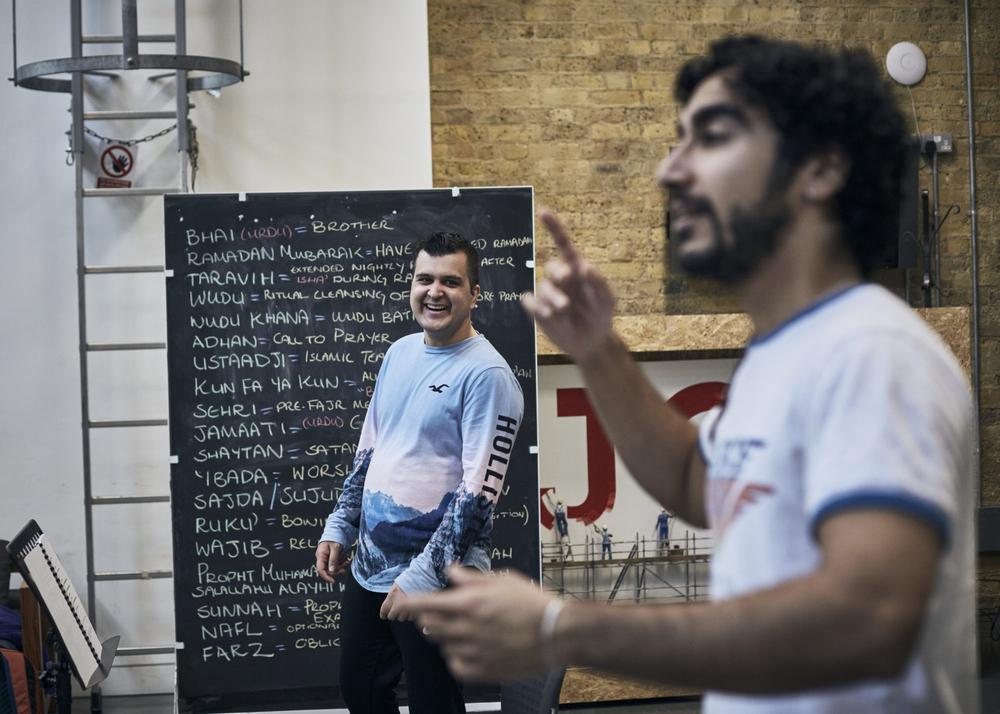 Khan’s play,10 Nights, part of a particularly enticing Autumn season from the Bush which includes the Papatango-winning Old Bridge by British Bosnian writer, Igor Memic, set in Mostar as war looms and Yugoslavia breaks up, and Fair Play, the latest from Ella Road whose The Phlebotomist was so absorbing at Hampstead Theatre back in 2018/19, sounds like a cracker.

It tells the story of Yasser who in the wake of a close friend’s death decides to enter his local mosque for Itikaf, the spiritual retreat that takes place over the last 10 days of Ramadan. Those who undertake Itikaf shut themselves from the outside world. That means no Facebook, no chip shop chips, and a lot of time for self-reflection. Eleven years ago, Khan did just that himself and it was a transforming and enlightening experience.

“I had always thought of God as angry and wrathful, but the Iman talked about how God could be your friend. It was a challenging experience but a way of reclaiming the space for myself because I didn’t think I was good enough for my local mosque, but the experience taught me that the mosque is for everyone.”

Khan sees that there are parallels with theatre.

“I think of theatre of being a bit like a mosque for the whole community. It brings people together.” Or he thinks it should and would do it more if it wasn’t so pricy. Khan says that at one point he had to give up going to the cinema so he could afford to see plays and learn his craft. As a result of a play he had written for the Leicester based Phyzzical Productions who encouraged him to write, he got on an initiative set up jointly by Graeae, Tamasha, the Bush, Soho and Oval House. It brought Khan to London not just to attend masterclasses but to see and discuss theatre and it made him understand how a play can be many things and take many forms. 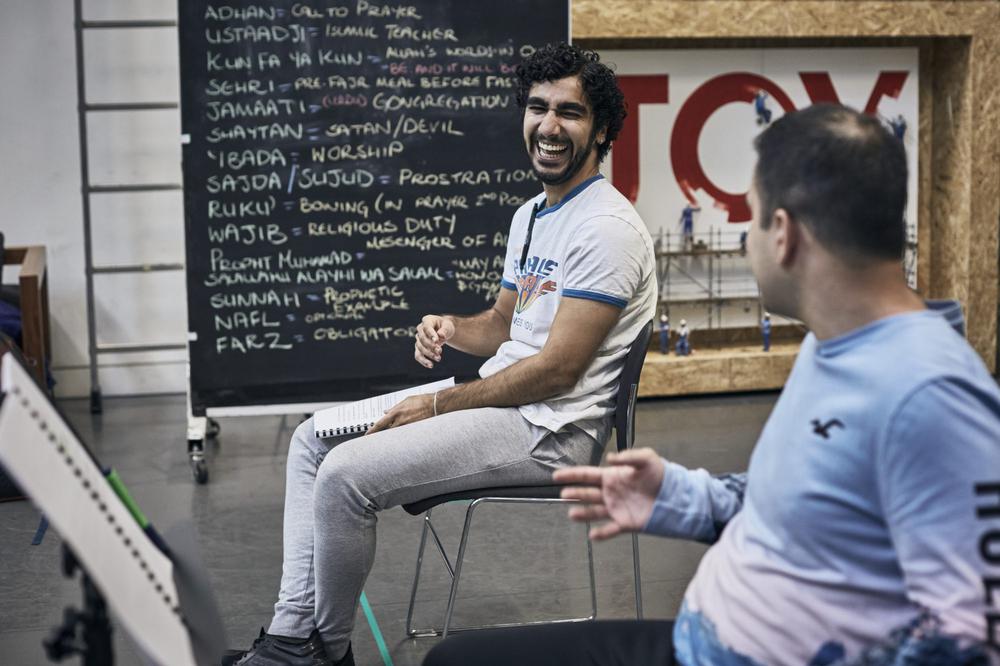 “It was an eye-opener and empowered me and exceeded my expectations. I just wanted to find out more about theatre and how it worked. I never expected to get a commission.”

10 nights began to be written during that time. If Itikaf challenged and tested Khan’s assumptions it does the same for Yasser who is trying to get closer to his dead friend and get some answers about what happened to him on the night he died and who is responsible for his death.

One of the things that makes the play interesting is the way it has two actors playing one character and cleverly integrates spoken English and BSL to explore the duality of Yasser.

“British Asians grapple with that duality all the time with religion and culture on one side and everyday British life on the other,” says Khan. “The play is about how we often judge people superficially, including the way that muslins are portrayed as cartoonish and vilified by the media. But the way Yasser sees the world is two-dimensional too, and itikaf gives him the chance to did deeper into his assumptions and challenge himself.”

Khan hopes to make the leap over the next two to three years into full-time playwrighting and he has plenty of ideas bubbling.

“I love this moment when you are thinking about the play you are going to write but you haven’t actually started writing it. When it is a blank slate. When it can be anything. I feel so lucky to be doing this.”

10 Nights runs at the Bush Theatre until Sat 6 Nov. You can find tickets here.