How long does it take you to form an opinion about someone? A few seconds or longer? Do you judge by their clothes or their shoes? How they talk or what they tell you they do for a job?

What if you have already been told something about the person standing in front of you? That they are a murderer or maybe an illegal immigrant or perhaps a policeman. Will that shape your view of them?

It’s an idea explored in 8:8 (Summerhall) part of a programme of Swiss work at the fringe which also includes Traumboy/Traumgirl and the installation 21: Memories of Growing Up. 8:8 brings together eight members of the audience and eight performers drawn from the local community. The audience sit in a row and then the performers enter. For a short while we eyeball each other as if weighing each other up, making assumptions about the other. Who is really being watched? Then, the performers start a sequence of movements.

To be honest, initially this felt to me a bit like an art school prank, but after a while something interesting happens. You start to notice more details about each of the performers and then they come and sit in front of you and start telling you snippets about their lives. They follow each statement with an indication of whether what they are saying is true or partially true. You start to lean forward wanting to know more. But you can’t interrogate, only listen.

The piece, created by Swiss company Mercimax, was born in response to a law approved by Swiss voters in 2010 that allowed the automatic expulsion of foreigners who had been found guilty of a crime. But research shows that the more you know about someone the harder it is for us to condemn them. 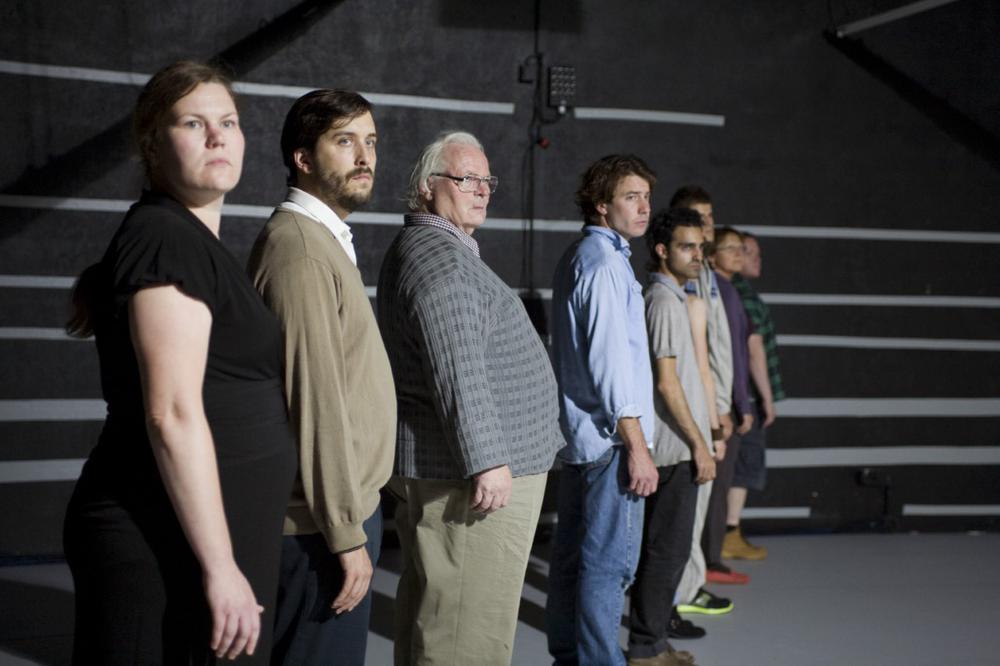 8:8 is undoubtedly slight, just one idea briefly explored with precision. But its power is in the way that you carry it out into the world beyond the performance space with you. We make snap judgements all the time, whether it's in the supermarket queue or simply walking down the street. The beauty of 8:8 is that it makes us think twice.

If 8:8 is about shifting perceptions of others, then the work of Darkfield—who produce mini dramas that take place entirely in the dark with binaural sound delivered via headphones—has often been about shifting our own internal perceptions.

The most successful show to date is the undeniably creepy Séance, a piece that makes you question your own sense of reality, even what you believe. The latest, Coma (Summerhall) is less disturbing but nonetheless it is quite an experience to find yourself lying on a bunk in pitch darkness like a stranded patient in a hospital bed while somebody whispers insidiously in your ear.

After a while you start to doubt yourself. Did I really hear that? Did I just imagine the smell of coffee or is it really there? Do I actually exist? There is no panic button. You are there for the duration (about 20 minutes) and at a time in the festival when being horizontal is inclined to induce instant sleep, I can report it kept me fully awake.