Edinburgh Reviews: Wild Swimming & The Last of the Pelicans

In what is surely a nod to Virginia Woolf's Orlando, Annabel Baldwin and Alice Lamb play the time travelling Oscar and Nell who we first see on a Dorset beach in the late 16th century.

Oscar wants to be a scholar-poet, following in the footsteps of Sir Phillip Sidney, swimming the Hellesport. Nell—smarter, braver, more radical—knows her world is smaller. Girls of her class are not supposed to swim. 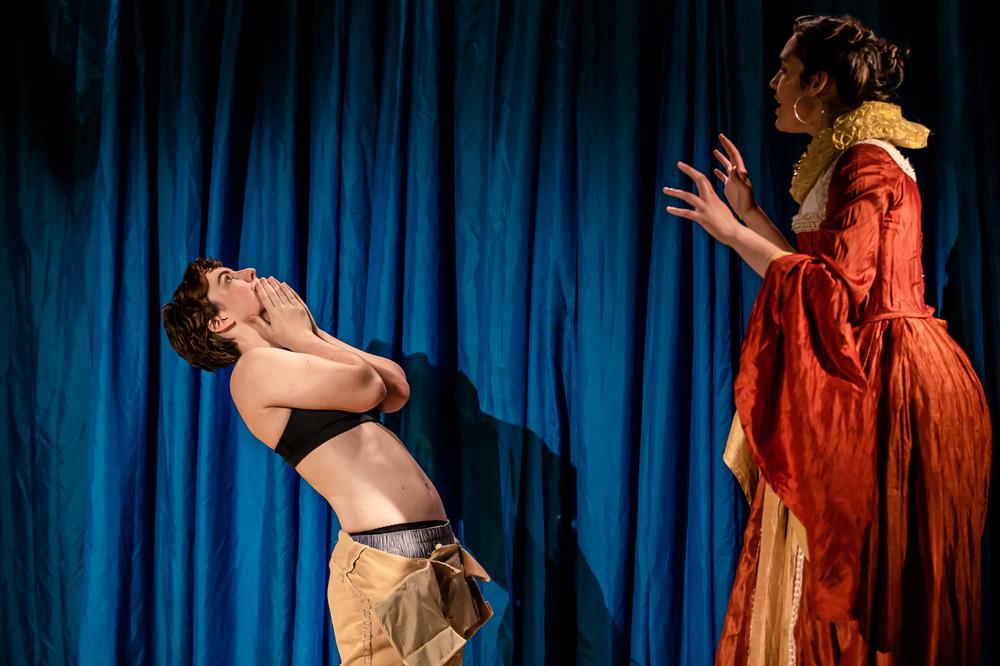 Marek Horn’s script offers a bare-bones anti-romcom which Baldwin and Lamb then flesh out with zest and well-handled direct audience engagement (I was cast as a jellyfish) as we see Nell and Oscar’s changing relationship over the centuries right up to the present day. The neatness is in the way Nell and Oscar are unaware that they are time travelling, in each century simply picking up their relationship where they last left off.

He swaps hero worship of Sidney for Byron, she reads Jane Eyre and thinks its quite good, he says he is going to be a writer not work in the family factory but the first world war changes that. She becomes a published poet. He is increasingly put off his stroke; she finds she can swim further and further out to sea.

This is very neatly done. In an hour, it can only skim the surface of gender politics—and it scuttles sideways like a crab when it comes to class and privilege— but there is plenty of playful and engaging fun to be had. A little delight. 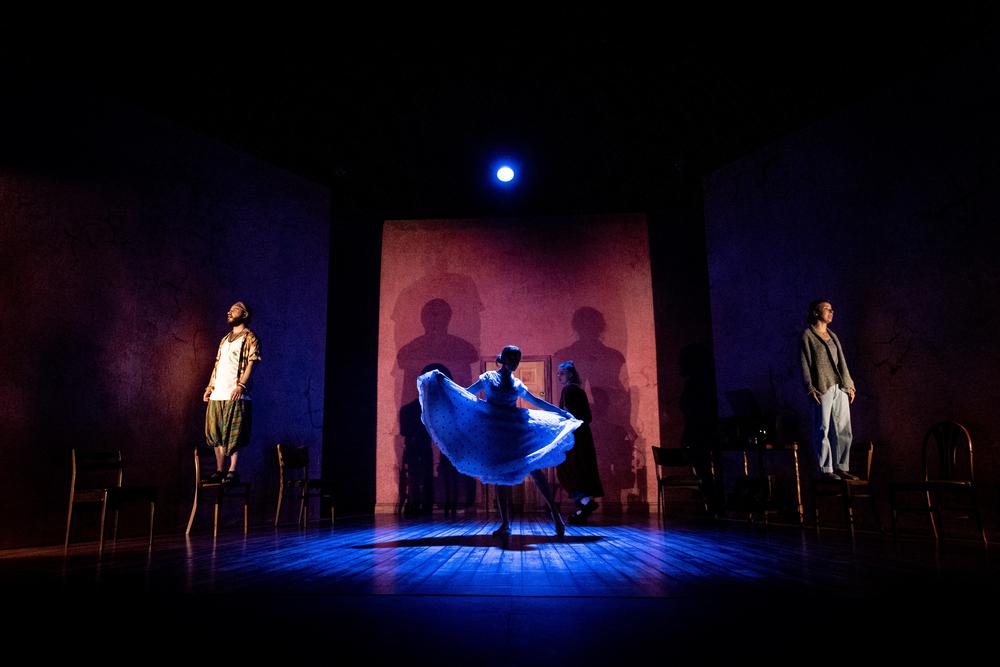 Emily Greenslade in The Last of the Pelican Daughters. Photos by Graeme Braidwood

A much more established Bristol company, the wonderful Wardrobe Ensemble, are also in town with The Last of The Pelican Daughters (Pleasance Courtyard), a show about mortgaged futures and family legacies. It was, of course, King Lear who referred to the ungrateful Goneril and Regan as his “pelican daughters” who suck the blood out of him.

Niftily designed by Ruby Spencer Pugh, it begins with the four daughters of Rosemary Pelican assembling in the family home following her death. Rosemary bought the house in the 1970s using her saved student grant as a deposit. Now it must be worth thousands and the daughters (and one son) assemble one last time. An image of a red dress hangs over the proceedings: Rosemary may be dead, but she dominates from beyond the grave.

The Pelicans are an unhappy bunch. There is affluent but joyless Joy (Kerry Lovell), gadabout Maya (Sara Lessore) and her ghastly boyfriend Dodo (Ben Vardy), unremarkable Sage (Helena Middleton) and Storm (Jesse Meadows), a timid soul who for the last two-and-a-half years has looked after the dying Rosemary. Now is the moment of reckoning. Granny—represented by a skeleton—whose care home costs are rocketing, joins the gathering. The reckoning it turns out is not just between the sisters but between the generations as the accurals and debts are all being totted up. 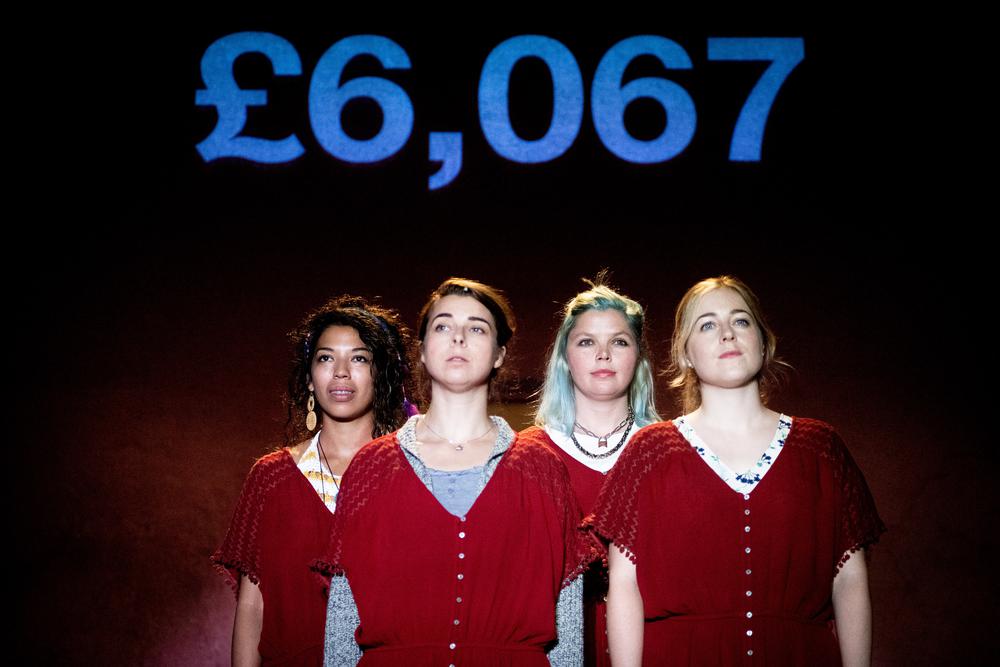 There is plenty to enjoy here from the company last seen in Edinburgh and London with Education, Education, Education but the show feels both over-stuffed and under-developed. But there are too many lightly sketched characters all vying for attention, and while this boasts the company’s deftness in dealing with serious matters from a comic perspective, the show never feels as if it has really settled on what it wants to be about or found the emotional heart of the story that could make us care.

Wild Swimming is at Pleasance Courtyard until 26 Aug

Tip: you can follow FullRogue Theatre & Wardrobe Ensemble on the Stagedoor app. The next time they perform in London, it will be at the top of your personalised recommendations.