Edinburgh Reviews: What Girls are Made Of, Trying It On, Hotter, Who Cares & One.

Cora Bissett’s 'What Girls are Made Of' is a gorgeous roaring show.

What Girls Are Made Of

Currently playing at the Assembly Mound before moving on to Soho Theatre in September, it is an act of memory. It begins in the attic of Bissett’s family home in Glenrothes following a death, but it is also an act of making in the moment of performing. How, asks Bissett, do we become who we are and how we can remake ourselves? Despite the knocks, despite the missteps and despite the falls? Or because of them?

Bissett was just 17, an indie kid, when she and her band Darlingheart were signed by a major record label. Soon they were on the road supporting Radiohead and Blur and trashing hotel rooms. So far, so rock ‘n’ roll. But then it all started to go wrong and Bissett had to find a new way of being - and work out who she really was and wanted to be.

This is a heartfelt piece and an enormously engaging one. It is cannily staged by Orla O’Loughlin as if it is a gig, which puts Bissett centre stage flanked by actor musicians playing all the roles. This is a rare show that properly fills the mainstage at Assembly Mound, and which should storm Soho’s main house next month. 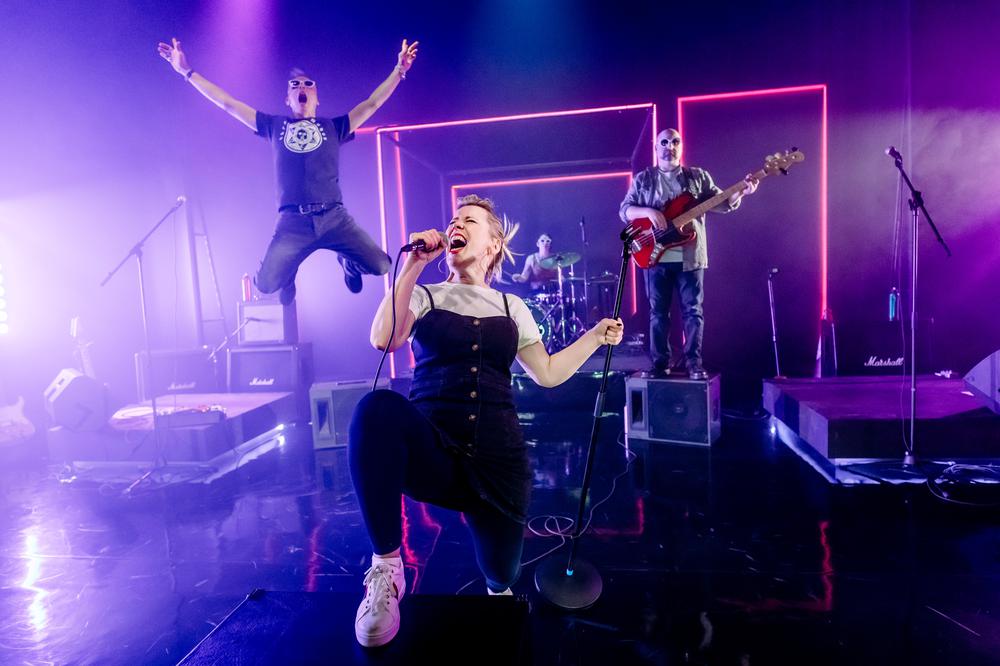 What Girls are Made Of. Photo by Mihaela Bodlovic.

It’s a bit like a theatre version of Caitlin Moran’s novel How to Build a Girl and it has a quiet, truthful heart as it demonstrates how the blithe assurance of youth gives way to bitter experience and how our roots help us find the way. Bissett owns the stage and we applaud her for the girl she once was and the woman she becomes.

Holding the main stage at the Traverse this August is veteran playwright David Edgar with Trying It On (which transfers to the Omnibus in October). This is also an autobiographical journey but one in which Edgar turns a wary eye on his supposedly radical younger self to investigate how those who came of age in 1968 turned into an older generation that voted for Brexit.

Very smartly directed by Christopher Haydon, this is a fiercely intelligent and considered show in which Edgar not only demonstrates an unexpectedly good eye for what constitutes a play and how it might break open, but also engages in argument with his younger self via a tape recorder. 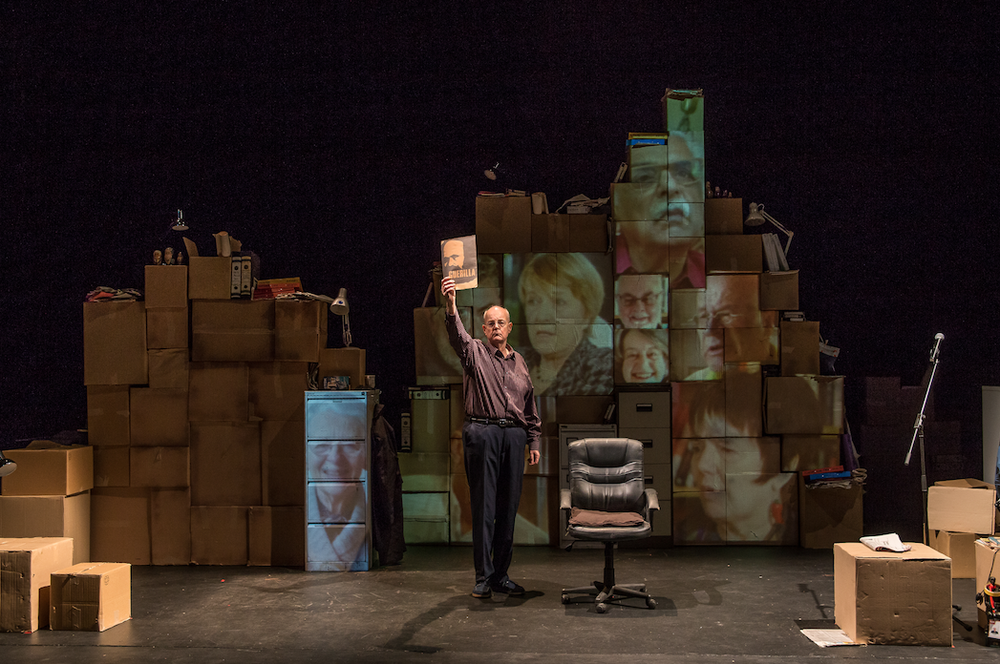 David Edgar in Trying It on. Photo by Lara Cappelli.

Edgar gracefully pokes fun at both the younger and older Edgar (one pompously self-righteous; the other an affluent property owner who has done very well out of theatre and does not always recognise his white, male privilege) but what the piece reflects upon rather poignantly is the way that gains often are accompanied by losses and that progress comes in many different guises. It does not march forward in a straight line.

The show doesn’t let either Edgar or the Left off the hook, but it refuses to wallow in nostalgia and extends the tantalising possibility that the failure to bring about desired change you dreamed about aged 20 doesn’t mean that change isn’t possible, or that aged 70 you still can’t man the barricades. Or at least write a play.

Trying It On is a cool, cerebral piece of theatre. Hotter (Underbelly, and Soho Theatre 2-7 September), as its name suggests, turns up the heat as it celebrates women and what gets them hot. It is not nearly as sexually suggestive as the title might hint and is actually a rather sweet, old-fashioned confessional show about women’s relationship to their own bodies in which Ell and Mary gradually reveal more and more of themselves. 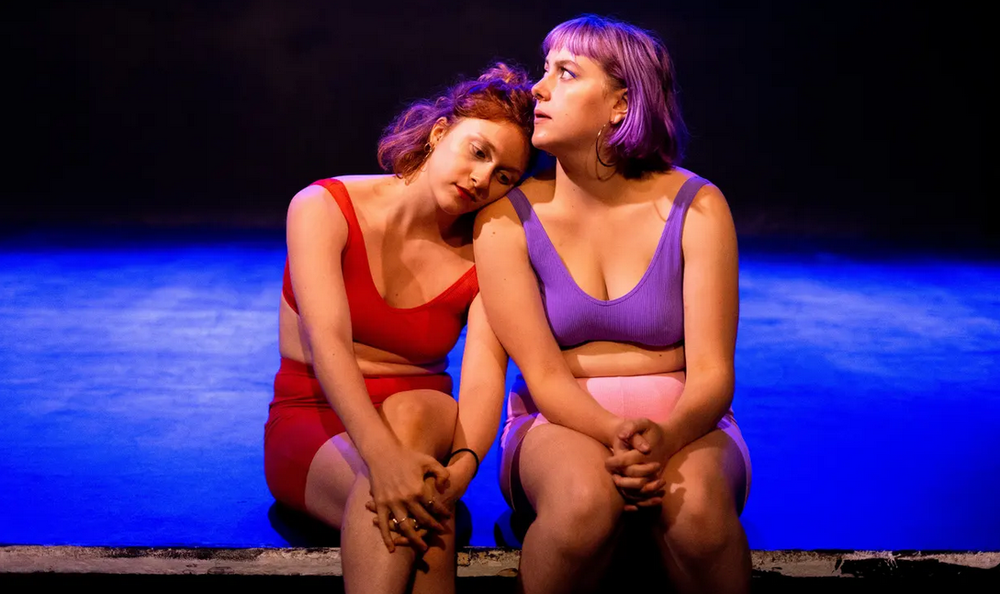 Verbatim interviews with older women are intercut with younger voices and Ell and Mary’s own story of falling in love, breaking up and their own difficult life-long relationship with their own bodies. It’s enjoyable stuff, often funny too, but the fragmentary structure and the fact so much of the verbatim material doesn’t dig that deep softens the impact. It is only in the final section when Ell and Mary read letters to their younger selves that the show finally bursts into full and vivid emotional and earns the dance party that follows.

Who Cares? That's the question Lung Theatre are asking at Summerhall. It seems nobody very much cares about younger carers. Definitely not the Tory government, even though young carers save it £50 billion because of all the free work they provide. Lung Theatre are such a cherishable company, essential too in creating work that isn’t just aesthetically compelling, but which is also campaigning. This is a company that doesn’t just talk the talk but walk the walk: Who Cares is part of a campaign calling on Parliament to improve services which have been cut to the bone by austerity.

Based on interviews with young carers in the Salford area, Who Cares gives us a glimpse into the lives of three teenagers looking after their families. Nicole has been looking after her mum since she had a stroke outside the playgroup gates when Nicole was four. Jade was already helping to look after her disabled older brother when her dad had an accident that left him wheelchair bound. Then her mum upped and left. Connor’s mum is mentally ill and relies on him. 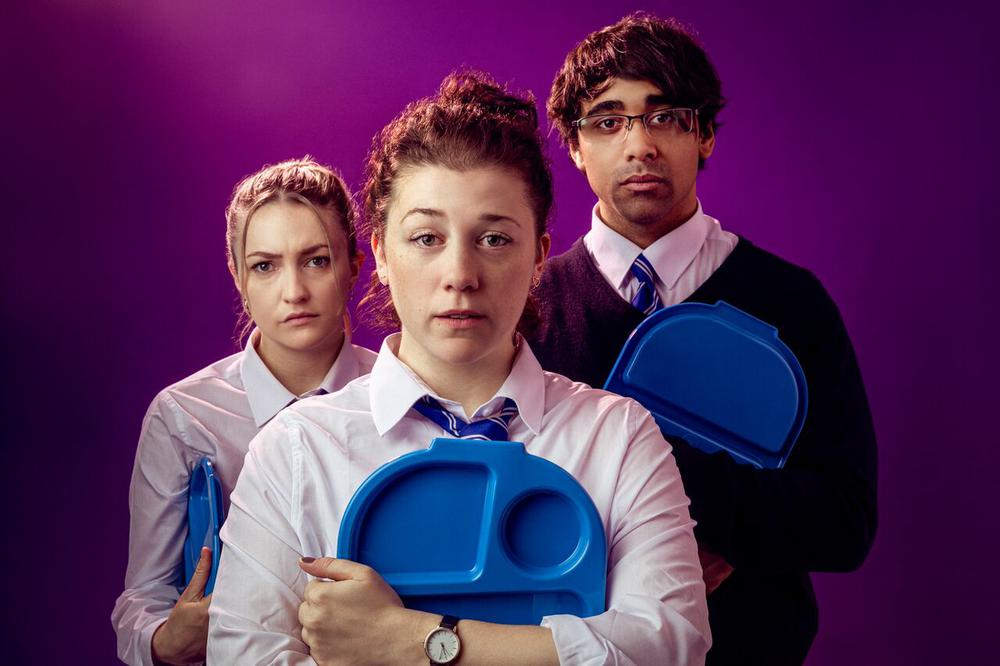 Lizzie Mounter, Jessica Temple and Luke Grant in Who Cares.

Matt Woodhead’s production –which comes with terrific performances by Luke Grant, Lizzie Mounter and Jessica Temple—creates a real sense of the external and internal pressures faced by young carers whose circumstances often go over-looked by teachers and whose age means they are often obstructed by doctors and other services. It’s a sad, fierce, angry show which is buoyed by the extraordinary resilience of those whose lives it portrays. It’s time we cared and cared better.

One (Summerhall, then BAC September 30 -October 9) is the final part in Bertrand Lesca and Nasi Voutsas’ trilogy that began with Eurohouse and [Palmyra],(https://stagedoorapp.com/battersea-arts-centre/palmyra-10750?p=10750) the first exploring the EU relationship to Greece through a playground tiff, the second using broken crockery to look at conflict and war in Syria. 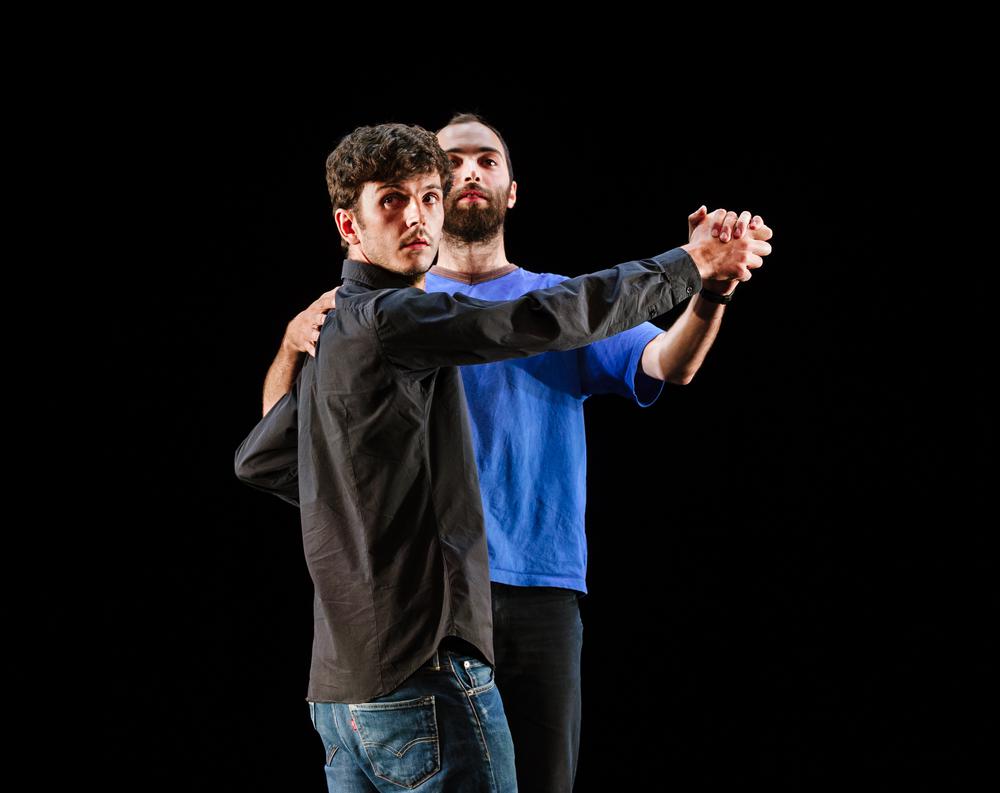 What has always been so glorious about Lesca and Voutsas’ work is its assured physical clowning and the way that they are so clearly visible in their own work even when it is operating as a metaphor. That is very apparent in their other show at Summerhall, The End, in which the pair project into the future and the end of their own relationship could be read about the end of the world.

Several have pointed to the lack of work this year at the fringe around Brexit, and while One is nothing so crass as a direct comment on our act of inflicted self-harm, it plays neatly on the idea of how polarisation leads to relationship breakdown, an inability to see things from another person’s point of view. Whether you are up the ladder or down on the floor.

It begins with Voutsas up a ladder and Lesca trying to get him to come down. Lesca tries to enlist the support of the audience. There is a stand-off. Things get tense, turn nasty. Lesca behaves like a spoiled brat. He enlists the help of John Lennon. He talks out of his arse. Voutsas remains silent, he refuses to explain himself.

It is often an uncomfortable watch, and one which like Palmyra often puts the audience on the spot, tries to manipulate us. Just as theatre manipulates us all the time. But it is also very, very funny as it suggests that we find it easier to buy into fantasy rather than really settle our differences and put aside hurt feelings by listening and talking. That’s so much harder than tossing a handful of glitter into the air. In One there are no happy ever afters, only fake moments of catharsis.

What Girls are Made Of runs at Assembly Mound until Aug 25 and then Soho Theatre, Sep 9-28.

Trying It On runs at the Traverse until Aug 25 and then at the Omnibus in Clapham, Oct 11-13.

Hotter runs at Underbelly until Aug 25 and Soho Theatre, Sep 2-7.