A roundup of Circus, Cabaret & Mime

Ockham's Razor: This Time, which plays St Stephens in Edinburgh and will open the London International Mime Festival in January, is a beautiful show from a circus company who have never been afraid to take their time. They have created an unshowy body of work whose thrill has not just been in the skilled tricks they produce on bespoke equipment - but also in its questing thoughtfulness. It has a different kind of wow factor.

That’s true too of This Time, a show made at a time when company founders Charlotte Mooney and Alex Harvey have turned 40 and have had a child together. They are at the mid-point, looking both ways: back through the mirror to childhood, forward to old age. They are joined on stage by a child, Faith Fahy, and an older woman, Lee Carter, and there are moments here when the past enfolds the present and the future curls back in the same way that the bodies, suspended in space, curl around each other, limbs cradling each other. 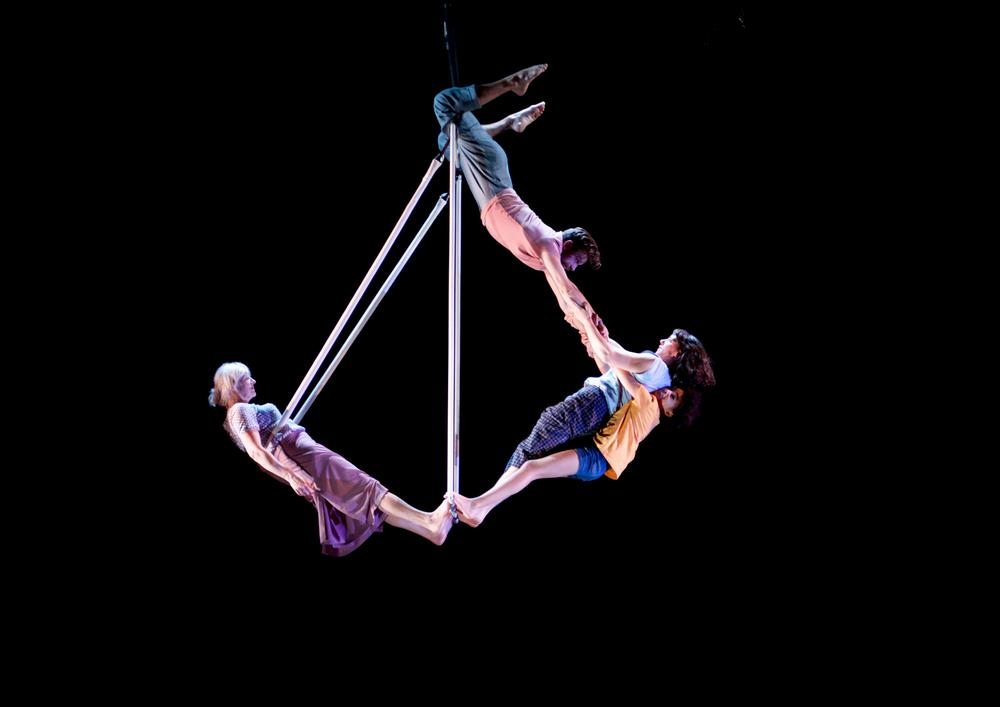 This is a deeply autobiographical show and, if it seems odd that the youngest member of the cast is not given a direct voice, there are moments of revelation that are telling about the way we live our lives unaware of how things will pan out, the twists and turns our own narratives will take. Everyone on stage knows their pasts, but they cannot predict their futures. Some on stage have a longer future than others. All they really have together is this moment, this time.

There is a lot seething under the surface. It often manifests itself in exquisite, risk-taking movement played out to Max Reinhardt’s beautiful score. This is a show that will deepen and mature, just like its performers.

Ockham’s Razor have always been brilliant about creating their own apparatus, and in Staged (Zoo Southside), Circumference have done the same with a tilting platform which creates an air of uncertainty both for the performers and the audience. One man and two women negotiate this treacherous piece of wood which lurches precariously. They can never quite find their feet as the platform on which they stand swings and tips alarmingly. So far, so good. 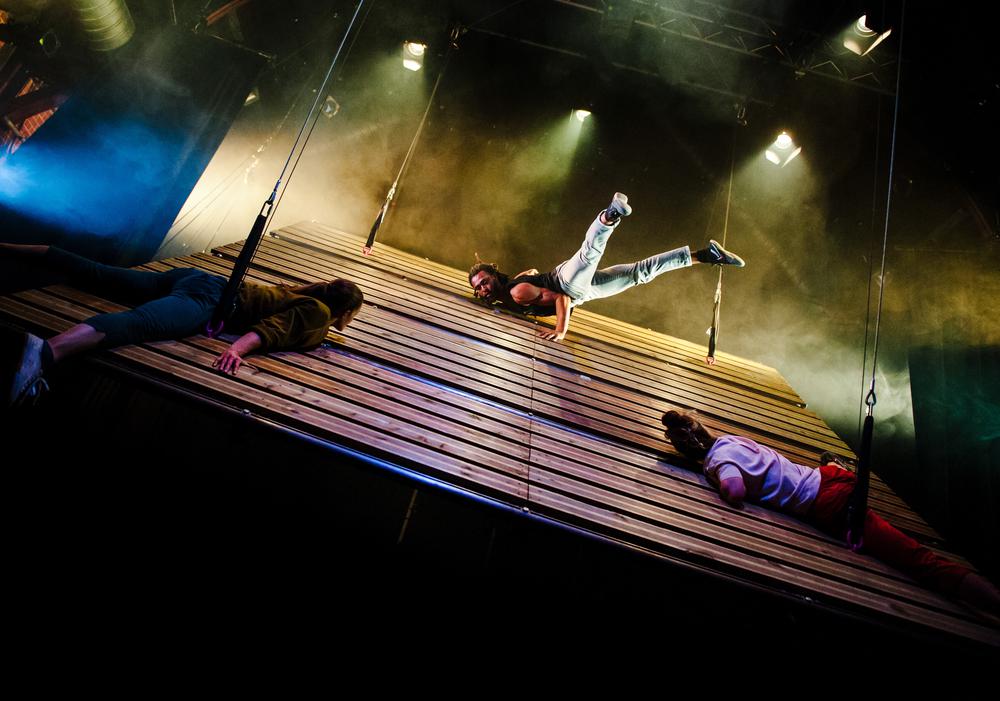 It is interesting to see a circus show in which the performers are so in thrall to the equipment, not in control of it. While we have seen many shows using such platforms to explore the nature of trust, the metaphor here is a different one: how can we be certain of anything in a world in which the ground is constantly shifting under our feet?

It is such a good idea, but the company try to take it further in a way which feels both manipulative and a wee bit crass. It is a show with tricks but which oddly becomes reliant on one great trick which sells everyone short. I won’t spoil what happens for you, but it feels like Ontroerend Goed at their most devious but without that company’s craft in terms of engaging directly with the audience to pull it off.

This is a show which has potential but if you want to see a circus show which is playing very cannily with ideas of perception and representation and which pulls the rug from under us then Knot at Assembly Roxy is doing it with infinitely more subtlety. 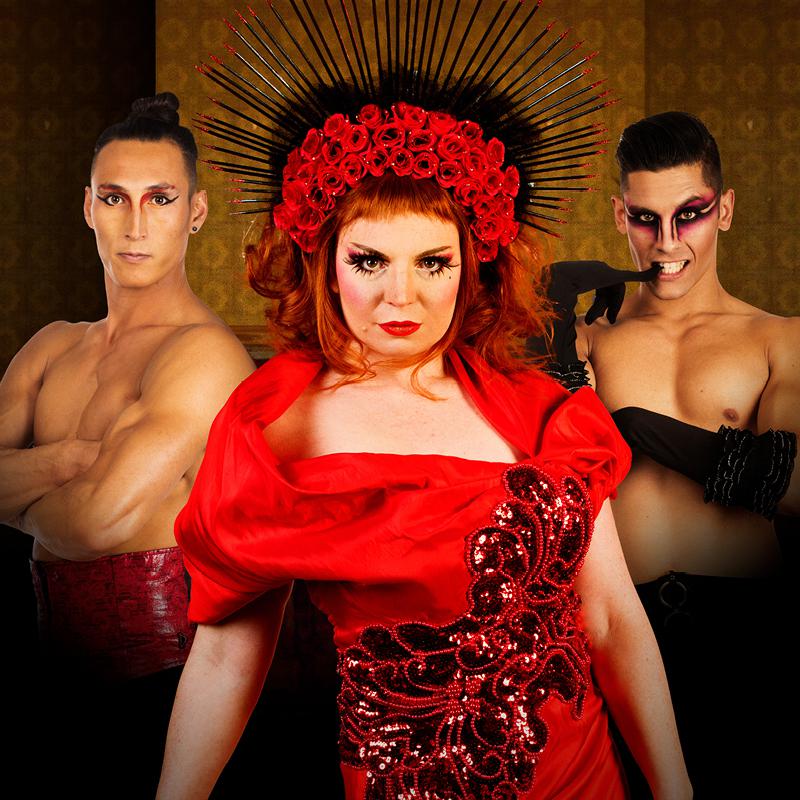 Rouge (Underbelly Circus Hub, then transferring to Underbelly Festival Southbank from Aug 28) is much more straightforward and much more clear about what it is delivering: good, clean, dirty fun. Look, this Australian circus is hardly sophisticated, but it is a neatly put together cabaret-style package featuring skilled performers who deliver with a come hither cheekiness, a comic edge and an appeal to both gay and straight. There is a male fan dance to Hey Big Spender and a terrific Cyr wheel routine. There are straps and there are strap-ons as it revels in its own naughtiness. While not all the comedy scores, and it’s more cheesy than really downright naughty, its teasing tone makes for an enjoyable circus experience with mainstream allure.

Ockham's Razor: This Time is at St Stephens Theatre until 25 Aug

Staged is at Zoo Southside until 25 Aug

Rouge is at Underbelly until 24 Aug