Who cares, and do we care enough? Do we care in a way that genuinely makes a difference? Or do we care in theory but not when it really affects us?

Maybe we think it is somebody else’s job—the state, the social services, the police—to do the caring so we can get on with our nice little lives untroubled in any way?

It’s a theme that is quietly emerging on the fringe and it comes in many guises. In Scottee: Class (Assembly Roxy) the precariousness of working-class lives are held up for a predominantly middle-class audience to scrutinise. An audience which probably secretly congratulates themselves when they leave a tin of beans and a jar of instant coffee in the food bank bin at the supermarket exit. Items, that as Scottee, points out, we probably wouldn’t eat and drink ourselves.

Scottee: Class is angry and raw. Like Kieran Hurley’s uncompromising Mouthpiece at the Traverse it puts the audience on a hook and makes us wriggle. It questions whether art can change anything. Why have we paid £14 to watch somebody else’s grief and trauma? Is it just middle-class curiosity about poverty and working-class lives? 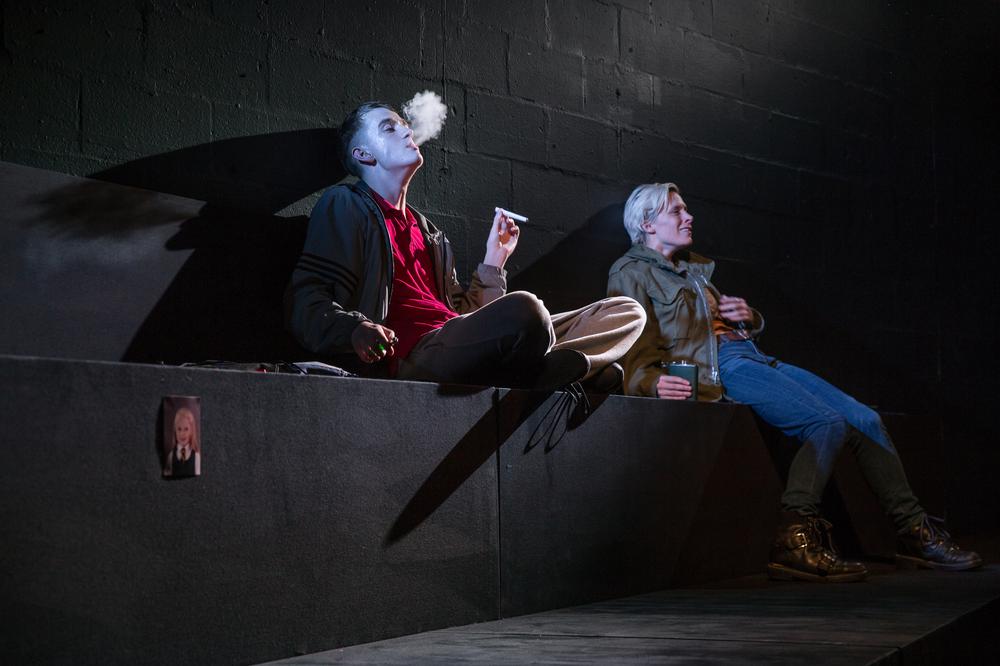 The devastating thing about this extraordinary, painful piece is that throughout the hour it becomes clear how much it costs Scottee to share with us about growing up on a Kentish Town housing estate where mums being thrown through kitchen windows by husbands wielding bread knives was not unusual. Growing up in a place where poverty isn’t just about money but also about a poverty of expectation.

But how much does it really cost us to watch, and are we willing to turn concern into real action? If 60 per cent of people handed over 25 per cent of their earnings perhaps 4.5 million children would not be living in poverty? This is not an easy watch for the middle classes, but why should we be spared when every single day it’s a bloody difficult life for the poor?

Those inequalities of expectation and opportunity are also depicted in E8, Marika McKennell’s debut at Pleasance Dome, which is set in a Pupil Referral Unit, where children permanently excluded from school are sent. McKennell worked in such a unit and the play has distinct twang of authenticity.

Mo (Parys Jordon) is the worker who has grown up in the same community as many of the kids in the unit, Polly (Tina Chiang) is the head teacher leaving to do a PHD, and Ryan (Harry McMullen) and Bailey (Alice Vilanculo) are the two pupils whose lives are going no-where very quickly and who do not have the opportunity to leave when they choose. 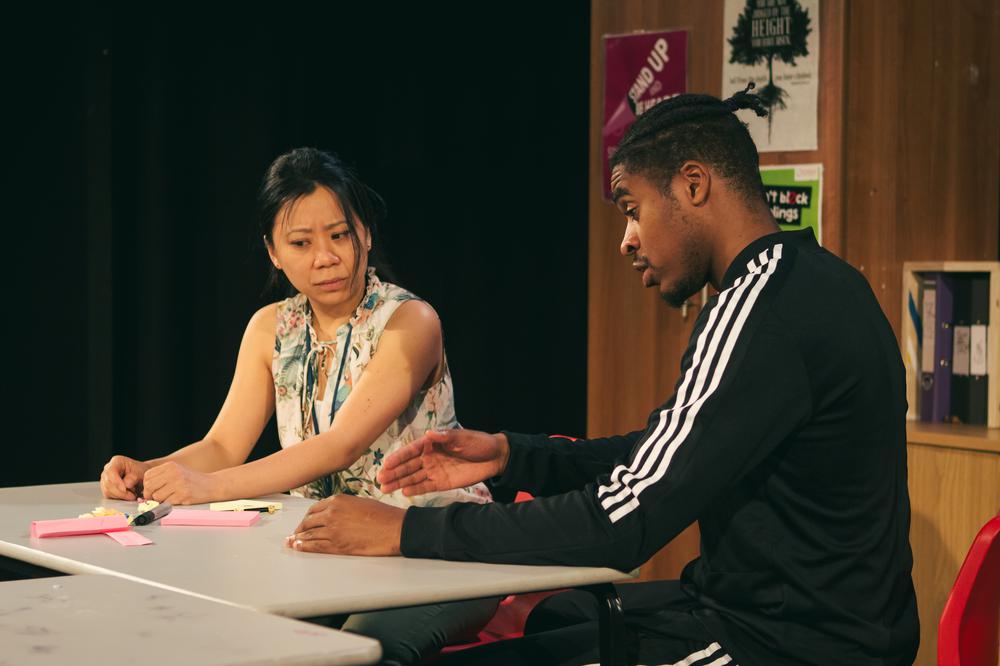 This is an excellent piece to see in tandem with Daniel Bye’s Arthur, a show that takes place in people’s houses around Edinburgh and which distinctly points up how our lives are influenced not just by our genes but also by the hospital bed in which we are born, and by the parents and household we grow up with.

In E8, the troubled but fiercely bright Bailey is already at a huge disadvantage, with a mum in prison and living with an aunt who doesn’t want her. No wonder she’s so angry. Meanwhile the ineffectual Polly keeps insisting that they are doing a good job in the unit and that they can’t save anyone. But maybe it’s not saviours that Bailey and her peers need.

There’s lots to keep you in your seat and listening hard. Vilanculo is electrifying as Bailey, who tells it not just as she sees it but as it is. The fact this is a debut play is apparent in some of the clunky construction, and it is a pity that it’s hard to believe in the naïve Polly as a head-teacher. But like Bailey herself, this is a debut with real spark.

Cardboard Citizens: Bystanders (Summerhall) says it all in its title. Who are the Bystanders? The audience who sit and watch? Ex-home-secretary Teresa May, who talked of creating “a hostile environment” for illegal immigrants? The desk sergeant on night duty watching a DVD while the homeless man she has ejected from the police station is freezing to death outside? The paramedics who fail to do the checks on another homeless man, so they don’t realise he has alcohol poisoning. The drunken tourists who offer money to a homeless man to have one of their names and addresses tattooed on his forehead? 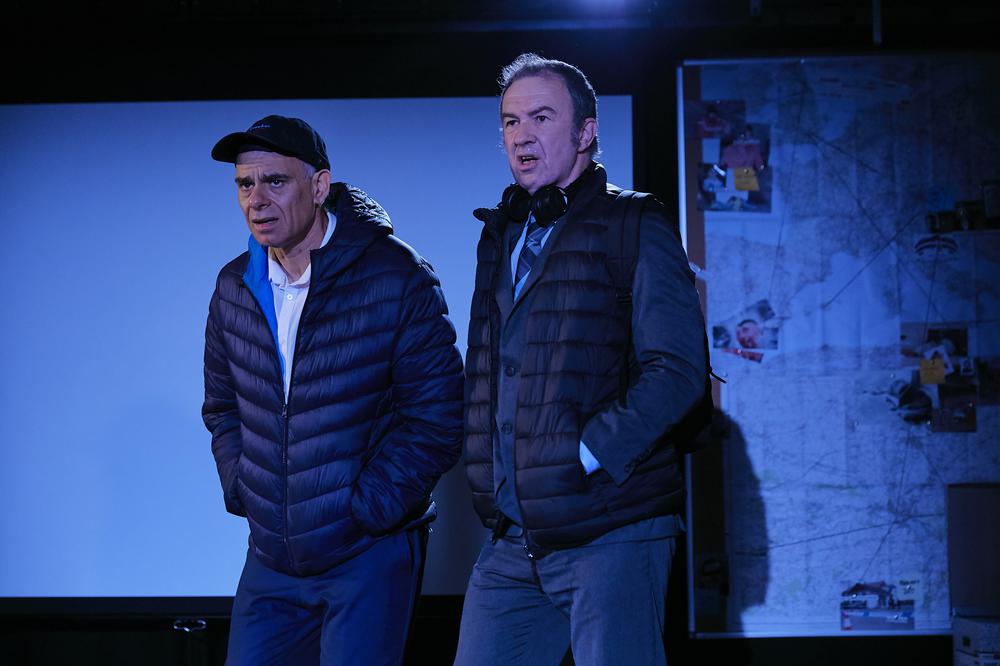 Cardboard Citizens: Bystanders. Photo by The Other Richard.

These are just some of the stories in a canny, well put together show from a company led by Adrian Jackson which has spent 30 years working with and for homeless people and telling the stories from the front line of homelessness, where the welfare state doesn’t reach.

There are terrific performances in a show that weaves connections between the Windrush scandal and the Salisbury poisonings with a light touch. The piece sets up the stage like an incident room. And this is an emergency. 800 homeless men and women have died over the last two years. How can you give the dead a voice? Like Milo Rau’s La Reprise in the International Festival, that's a question this show interrogates. Bystanders is a show which shows it cares about the way it takes care of the stories with which it has been entrusted. The question it asks, is do we care enough to make change?

Mouthpiece runs at the Traverse, Aug 1-25.

La Reprise runs at The Lyceum until this evening, Aug 5.