I love Lucy McCormick. I love her upfront anarchy. Her controlled chaos. Her unholy doesn’t-give-a fuck-attitude.

I love the way she places a couple of gorgeous hunks in supporting roles in exactly the same way that women have so often been used in the entertainment industry for mere decoration. I love the way she reclaims the naked female body, not as a thing of shame but of joy.

Triple Threat told the story of the New Testament from a female perspective, but Post Popular goes further still by casting a female eye on the stories of all the great women of history. 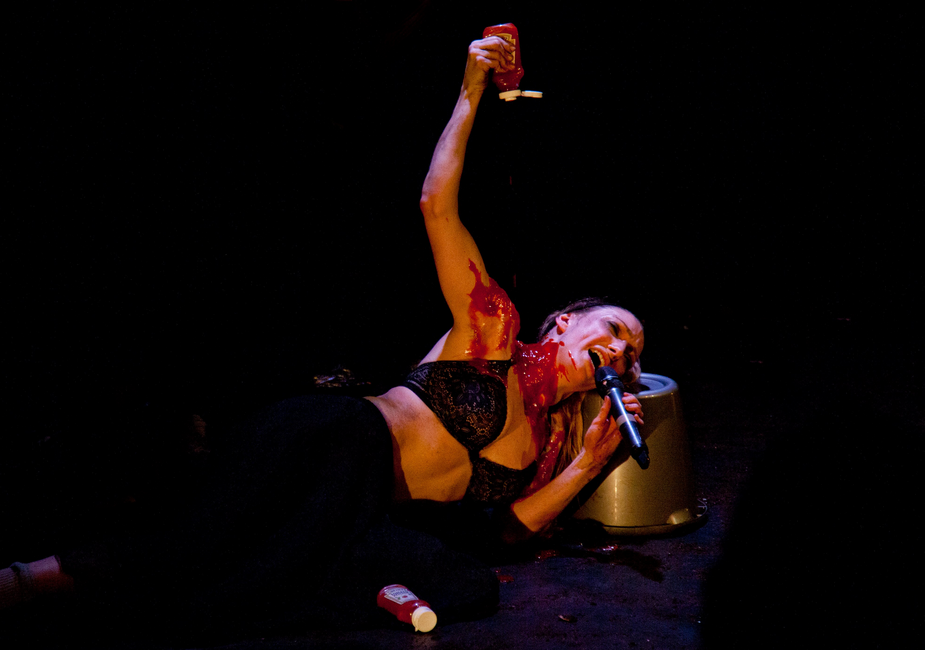 One of the jokes is that there are only four of them: Eve, who apparently discovered gravity with that infamous apple long before Isaac Newton, warrior queen Boudicca (we get to play the Roman army), Anne Boleyn (slavered in tomato sauce and dispatched to the strains of The First Cut is the Deepest) and Florence Nightingale. I mean, nobody has heard of any others, have they?

McCormick reminds us that it is still very much a man’s world, that a woman has to find her own heroines, wherever they may be tucked away. She does it with whiplash humour and unadulterated vulgarity.

The lewd and the crude is also celebrated in Your Sexts are Shit: Older Better Letters (Summerhall). This is the latest from Rachel Mars whose 2017 show, Our Carnal Hearts, was a wonderfully spikey piece about how envy consumes us. Sexts takes us back to the days of hand-written love letters which Rachel Mars reads out with relish. There are Mozart’s shit-filled missives to his cousin Marianne and James Joyce is positively Joycean about Nora Barnacle’s backside, her farts and turds. This male obsession with shit can become a mite exhausting. 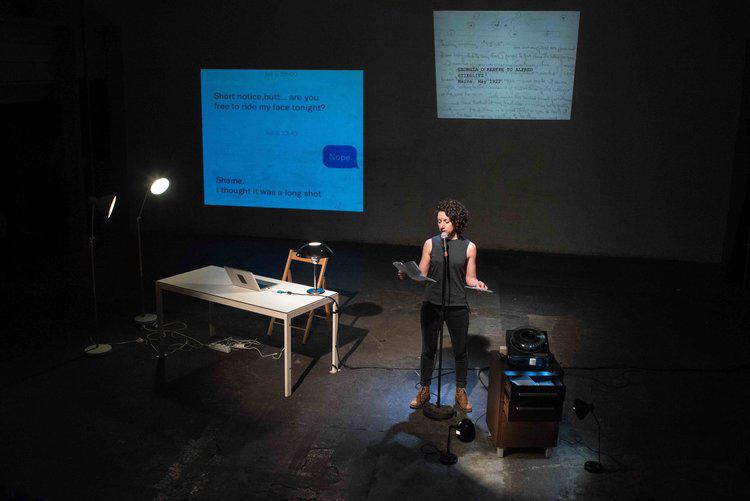 Rachel Mars in Your Sexts are Shit: Older Better Letters.

Female desire is represented in the letters of Frida Kahlo, Gertrude Stein and Radclyffe Hall. As are contemporary sexts—projected in screenshots—including some between Mars and a partner. But can modern exchanges really match the lusty epistles of those from the past? Will they survive? After all, Nora Barnacle’s replies to Joyce have been lost to history.

One of things that Mars shines a light on is queer desire, including Eleanor Roosevelt’s letters to Lorena Hickok. Pieces of history like Nora’s letters of queer desire are often hidden and lost. What is written down and saved is often what is valued so what happens when it is safer to keep desire hidden? It is a slyly entertaining hour but one that also wistfully reminds that while communication has never been easier perhaps those from the past knew that expressing desire is a real art.

Black female queer experience in the Caribbean is the subject of Splintered (Bedlam). It is a wilfully messy cabaret of sketches inspired by interviews with LGBT women. As the title might hint, the form is fragmented with shards of stories bouncing off of each other: from the gay teenager who cannot tell her best friend how much she loves her to the university student trying to come out to her mother on a phone with a bad connection.

Emily Aboud’s script sometimes feels a little scrappy and her production needs more pointing to really mine its full comic potential but it is performed with zest and it is a show that harnesses the subversive anarchic traditions of carnival to consider the influence of British colonialism and the legacy of homophobia that endures. 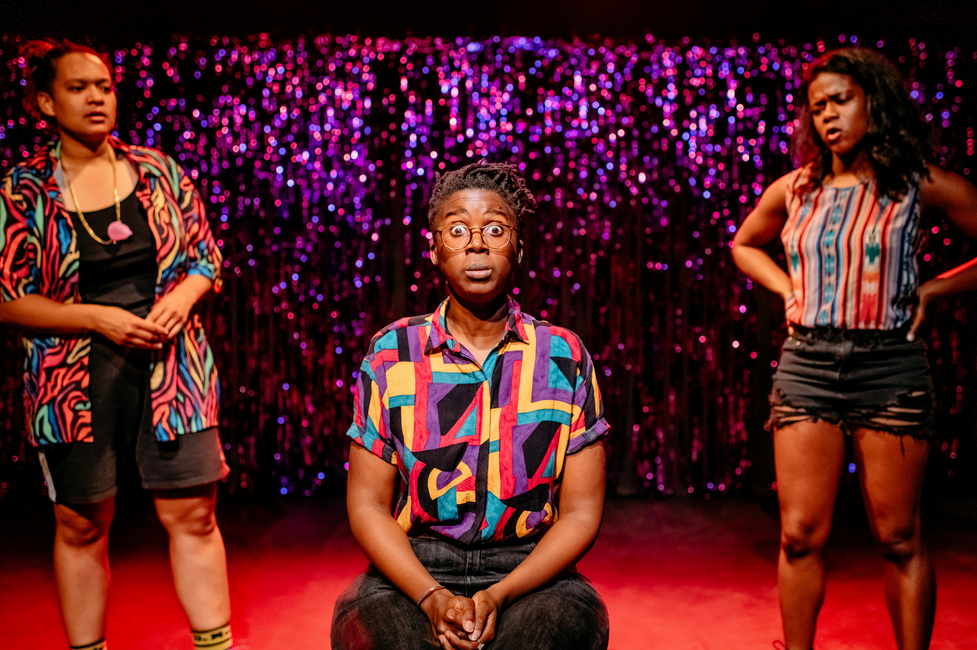 The company of Splintered.

Your Sexts are Shit: Older Better Letters runs at Summerhall until 25 Aug.

Splintered runs at Bedlam until Aug 25.