Edinburgh Reviews: Hard to Be Soft, Cotton Fingers & Louder is Not Always Clearer

I saw a workshop version of Oona Doherty’s show in Belfast over two years. It piqued my interest and it has developed into a richly rewarding dance show which is as tough and meltingly defenceless as its title.

Oona Doherty - Hard to Be Soft

Hard to Be Soft: A Belfast Prayer (Lyceum, then Southbank Centre) begins with shadowy figures around a pot of incense and ends with Doherty’s own solo act of resurrection. It is an extraordinary piece of work that taps into religious music & iconography and comes washed with the real recorded voices of the people of Belfast. It is grounded in the grit and hurt of that city, and it is like watching granite take flight.

Set within a confining cage that redefines the space both physically but also by clever use of light, this is a piece in which the strong women and hard men of Belfast get to show both their strength and their vulnerability. A group of teenage girls stare out at us as if into their own futures, they swagger and strut and pose with hands on hips but they run in circles like shy gazelles in their multi-coloured tops. As they leave, one of their number runs upstage as if looking for another way out, a different door into a different future. 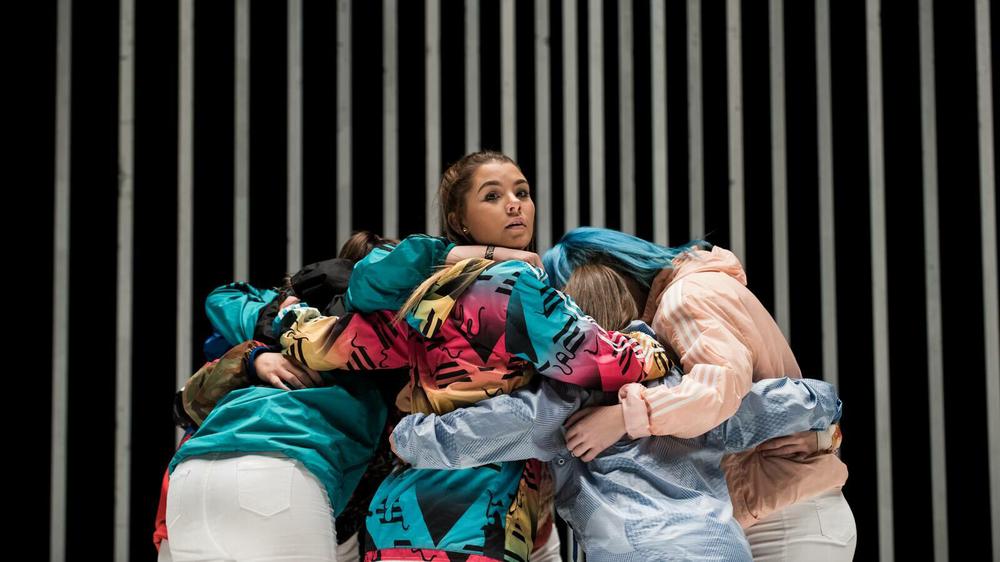 Hard to Be Soft: A Belfast Prayer. Photo by Luca Truffarelli.

A father and son, stripped to the waists like sumo wrestlers, shuffle slowly towards each other. When they finally make contact it is hard to know whether they are holding each other up or trying to push each other down, fighting or hugging.

In the final section, Doherty commands the stage, her arms reaching up as if towards the light, as if seeking a blessing for a city, one she shows us warts and all and with a fierce, ferocious love.

In Cotton Fingers (Summerhall), Aoife (Amy Molloy) is a working-class Belfast teenager living at home with her mum. Her sister is bringing up two children alone and is depressed; her aunt died in circumstances which nobody addresses directly but which brought shame on the family. Aoife wants a way out, a better life, but when she discovers she is pregnant she sees her life closing down, her options narrowing, doors slamming shut. 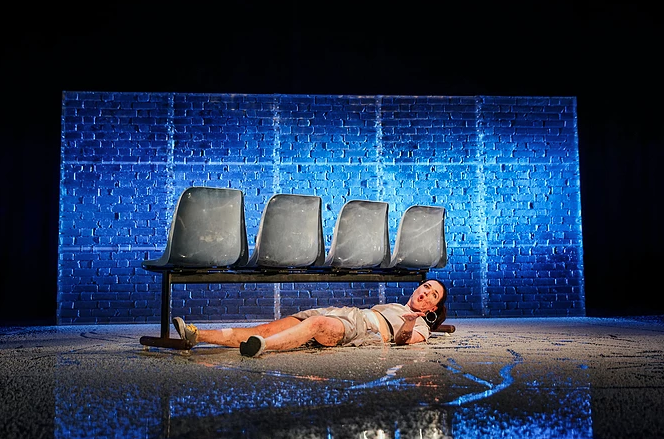 Rachel Trezise’s monologue is written with understated poetry, deftly directed by Julia Thomas and neatly designed by Carl Davies. Set at the time of the Irish referendum on abortion, it evokes the sense of waiting in a story about a young woman anxious for her life to begin. Aoife’s coming of age story is given a political edge as accidental pregnancy makes her reconsider her life and realise that maybe she can take flight. Molloy performs it with fierce commitment.

Cotton Fingers is produced by National Theatre Wales, and the strength and diversity of Welsh theatre is also represented by Louder is Not Always Clearer (Summerhall), a hugely engaging show about what it is like to be deaf in a predominantly hearing world.

Produced by Mr and Mrs Clark and performed by Jonny Cotsen the piece uses audience participation to brilliant effect to give insight into Cotsen’s experience of growing up in a family that failed to acknowledge that he was deaf. It is very funny, particularly around Cotsen’s dating exploits, and it is a brilliant exercise in empathy as it allows a hearing audience to briefly experience the world as Cotsen sees and hears it. One in six of us will become deaf during our life-times so this is a show worth seeing. 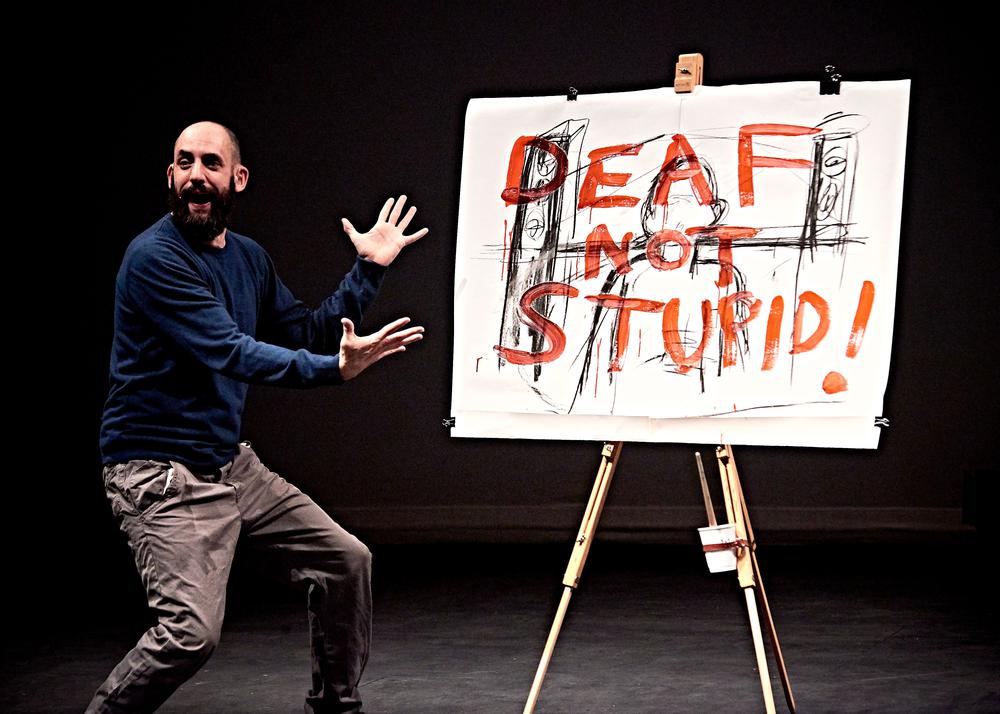 Jonny Cotsen in Louder is Not Always Clearer. Photo by Kirsten McTernan.

Hard to Be Soft: A Belfast Prayer runs at the Lyceum until Aug 25, then at Southbank Centre on 11 Oct.

Louder is Not Always Clearer runs at Summerhall until Aug 25.