Sisterhood is proving less than sisterly on the fringe.

Old resentments rise in both Charley Miles’ Daughterhood (Roundabout @ Summerhall) and Meghan Tyler’s Crocodile Fever at The Traverse. In both cases the homecoming of a prodigal sister does not come with the slaughtering of the fatted calf. Although in Crocodile Fever there is a very different kind of slaughter.

Last year Charley Miles had a hit for Paines Plough with Blackthorn, a not quite love story set in a Yorkshire village subject to rural change. Things are more static in Daughterhood, which will be seen at Theatre Royal Stratford East in October, even though it moves back and forward in time with terrific ease under Stef O’Driscoll’s confident direction. 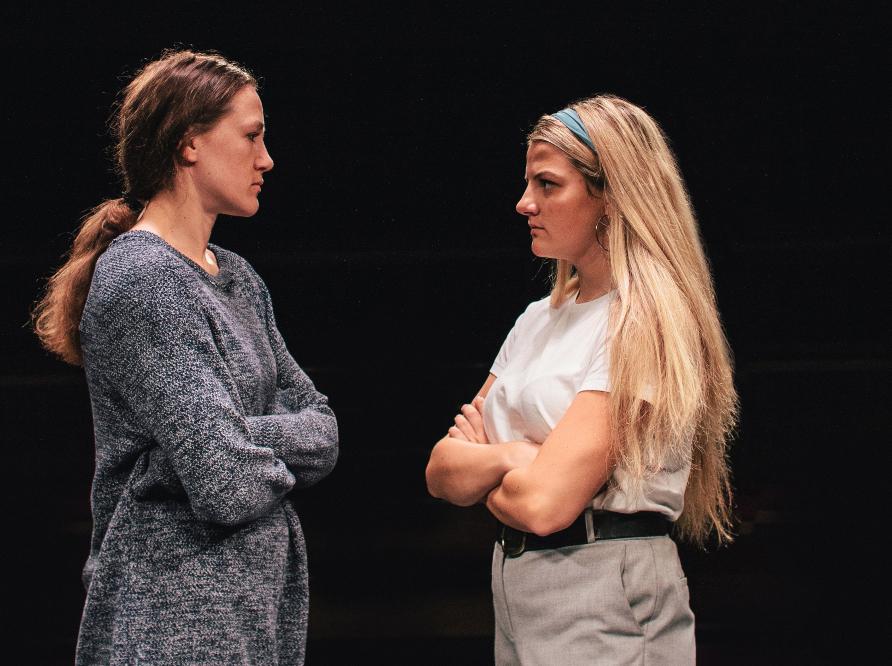 Sisters Pauline and Rachel have never really escaped their dad’s childhood nicknames for them, Mary Poppins and Little Miss Sunshine. But there is more than a whopping nine-year age gap between them. While Rachel (Charlotte O’Leary) has escaped to London, breaking a promise to return after university, Pauline (Charlotte Bate) has been stuck at the family home caring for their father who has failing health. She feels that she has been forced to give up on her life, while her sister has spread her wings. Then Rachel comes home (briefly) and guess who dad responds to most joyfully?

This is very cleverly structured so that information is only slowly released, but it never quite engages as strongly as it might because both sisters are pretty unsympathetic. It is hard not to view them through each other’s eyes; with Pauline as a sour martyr and Rachel as immature and self-obsessed.

Bolder, braver and far more bonkers is Tyler’s debut, Crocodile Fever. Set in South Armagh in 1989 at the height of The Troubles, Gareth Nicholls superbly controlled, superbly acted production begins in a spic and span kitchen, a veritable vision in baby pink, and transforms it in a splatter fest. It is definitely not The Ferryman. 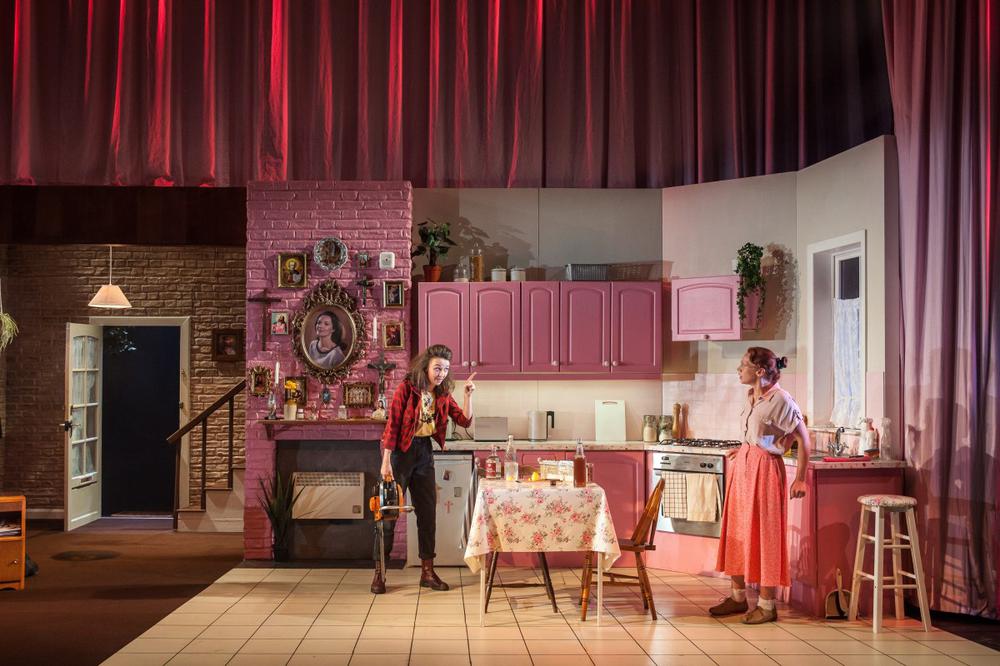 Instead it channels the plays of David Ireland and Martin McDonagh, and the horror film Carrie, as Fianna (Lisa Dwyer Hogg) returns to the family home after years in prison to find her sister Alannah (Lucianne McEvoy), caged in domestic servitude in the family home, looking after the father they both hated.

If I’m honest the gruesome black comedy isn’t entirely to my personal taste, and there are tonal shifts that don’t always land. But you have to admire a debut play that begins in naturalistic mode and spirals into the violently surreal. Oh and it’s a play that very definitely comes with teeth and a surprise in its tail.