Edinburgh Review: The Shark is Broken

Producer and director Guy Masterson has been delivering crowd-pleasing shows on the fringe for decades. 'The Shark is Broken' (Assembly George Square) is no exception.

Written by Joseph Nixon and Ian Shaw (the son of Oscar-nominated actor Robert Shaw - best remembered for his role as the shark hunter in Jaws), it draws on Robert Shaw’s diaries and other sources to give us an insight into the making of Jaws.

When the mechanical shark breaks, the movie’s stars start back-biting and bitching in the back of the boat while they wait for the filming to resume. None of them seem all that keen on a movie which one of them describes as “the retarded offspring of Moby Dick and Enemy of the People.”

Richard Dreyfus (Liam Murray Scott) reckons that it can’t be that hard to tame a real shark to replace the unreliable mechanical beast. Roy Scheider (Duncan Henderson) knows that he was second choice to Charlton Heston to play the role of Brody. Meanwhile, Shaw (played by Ian), who is drinking himself into an early grave, muses on whether the film they are making is headed for the dustbin of history, and if anyone will be interested in it forty years hence. 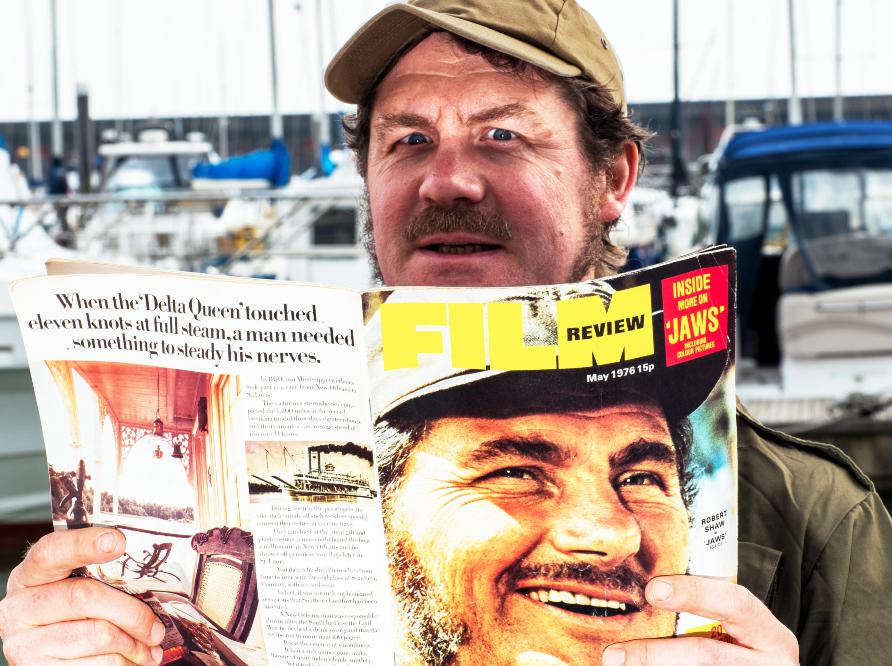 One of the pleasures—and sometimes poignancies—of the show is that the audience has hindsight. The observation that “there will never be a moral immoral president than Tricky Dicky” gets a big laugh. We know too that Dreyfuss will go on to be the big star he longs to be, if not the acclaimed Shakespearean actor he would like, and that Shaw will be dead before he can give up the booze and apply himself to the writing which he feels is his real vocation.

In its current form, the show is amusing enough but doesn’t quite fill the size of the room. But there is potential in a story which comes with a terrific snarky father and son type central relationship between the dismissive Shaw and the egotistical wannabe Dreyfuss, the former slyly offering the latter hilarious advice about how to approach Harold Pinter for a role. Yep, it is biography theatre, but it is done with intelligence and no little wit, so it’s no surprise that it is making a bit of a splash on the fringe. The question is whether it could float in rougher commercial seas where there are more sharks with bigger teeth.

Tip: follow Lyn's Edinburgh coverage on the Stagedoor app and we'll let you know each time she publishes a new review so you don't miss out