What is the most important show on the fringe? It might just be Sea Sick (Canada Hub), Alanna Mitchell’s production about climate change and the perilous state of the oceans. Mitchell is not an actor but a journalist, and her show is closer to a lecture than it is to a play, but the beauty of it is the way that Mitchell recognizes that while science gives us knowledge it is art that gives us meaning. As a species we respond to meaning.

Occupying a performance lecture genre that includes Katie Mitchell, Duncan Macmillan and Chris Rapley’s 2071, seen at the Royal Court in 2014, Alanna Mitchell mixes personal stories about growing up on the Canadian prairies with her scientist father—from whom she inherited a love of Darwin—and an artist mother, with a journalistic quest story.

Eager to follow in the footsteps of Darwin she hitched a ride on a marine biologists’ expedition to the Galapagos Islands where she came across the phenomena of toxic red tides and learned about the increasing distress of the oceans. Her interest piqued, she interviewed and went on expeditions with other marine biologists, watching coral spawning, investigating “the blob” , a dead zone the size of New Jersey in the Gulf of Mexico caused by fertilisers washing down the Mississippi, and finding out how since the industrial revolution the oceans have become steadily acidified. They are increasingly warm, breathless and sour. 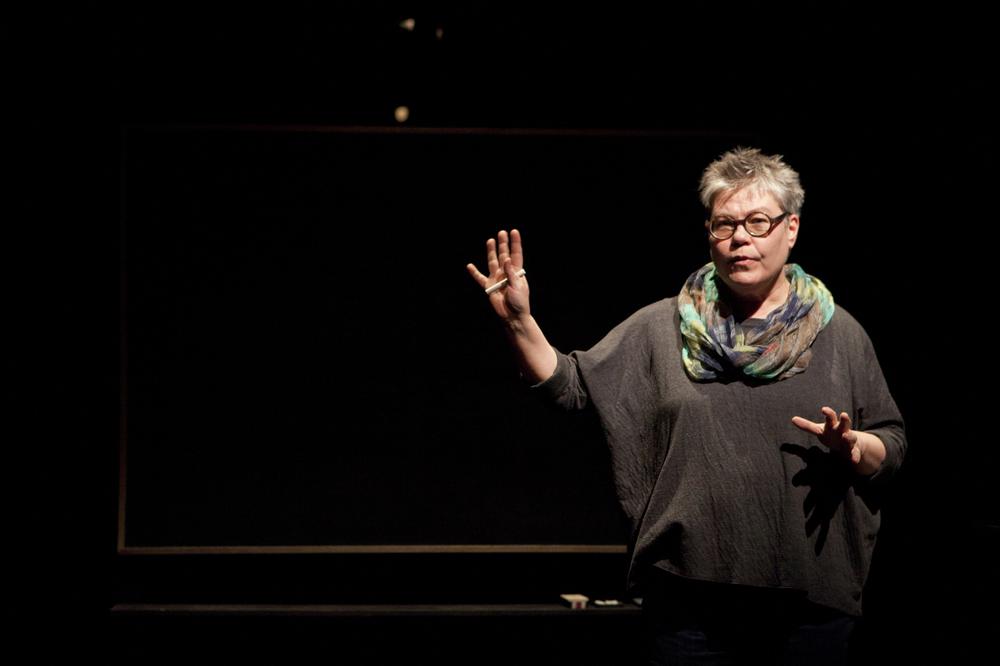 It matters because the oceans are the support system of the planet. It’s not just CO² that matters but the pH value of the seas too. Every second breath we take comes from plankton, and if the oceans die, the plankton dies, and we die too. It could be enough to make you want to take to your bed in depression. That’s what Mitchell did, but then she got up because she realised she really was following in the footsteps of Darwin by telling people something they found hard to hear, and she could do it in an artful way. And she does. Brilliantly. Who knows? Maybe storytelling is one of the best tools we have at our disposal to help save the planet and save ourselves.

At first sight, Islander (Paines Plough Roundabout) takes a much more romantic view of the seas. Or perhaps it doesn’t. Appearances are deceptive in this very appealing family musical, not least because it looks minimalist but sounds lush and is packed with both melody and heart. Then there is the fact that beneath its surface story of teenage isolation there are cross-currents about migration, the environment, and depopulation. 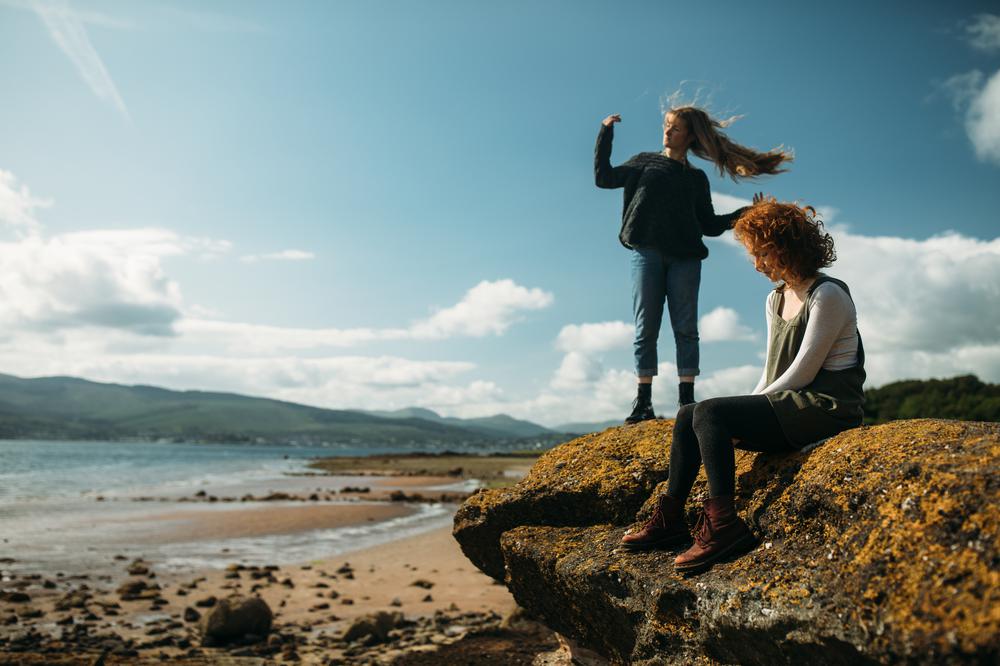 Teenager Eilidh (Bethany Tennick) has stayed on her small island with her gran when her mum decamped to the mainland with the younger kids in search of work and a better life. There is an emotional estrangement that adds to Eilidh’s sense of isolation, but something changes when Eilidh discovers a dying beached whale and then a mysterious girl, Arran (Kirsty Findlay) turns up on the shore. Who is she, where does she come from, and might the world be a bigger place than Eilidh ever imagined?

Stewart Melton’s book needs a little unpicking of its various threads to make it more streamlined, but Finn Anderson’s music and lyrics are ruddy gorgeous. The two performers are superb too, playing not just the girls but also the islanders, their pure voices rising and falling in waves to which the use of a loop machine lends a layered eerie quality.