There is a touch of Beckett for millennials about Margaret Perry’s Collapsible (Assembly Roxy). It’s a show which starts with Essie (Breffni Holahan) perched precariously on a high broken stone plinth, the ground beneath her a wasteland of stones. There is something of Winnie about Essie in the way she is stranded, unable to move from her perch, her smile as wide as the sky, and the words tumbling from her mouth like sharp showers of hail stones. She is all hard edges on the outside but collapsed inside. 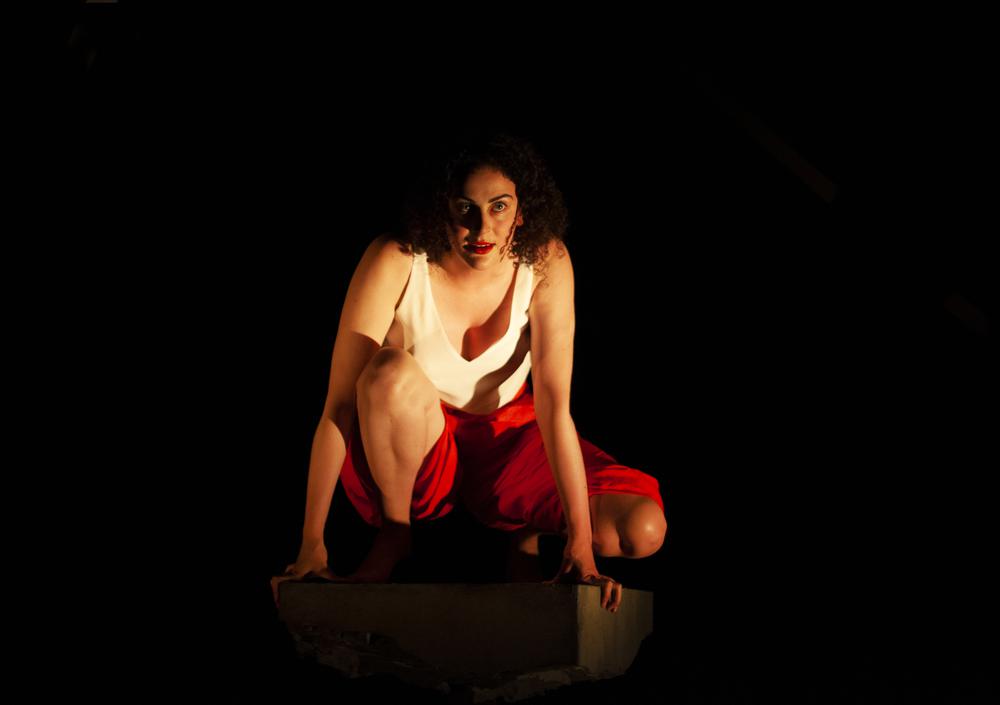 Part of the High Tide Disruption season at the Edinburgh Fringe, and heading for London’s Bush theatre, Collapsible is a cry for help in a world of anxiety. Essie’s family and friends don’t understand how she could have given up on her covetable job with a sexy company whose working conditions include free daily fruit. In fact, the job gave up on her after she ceased to turn up regularly. Because it’s hard to hold down a job when you start doubting whether or not you are actually real or are just a bag of skin filled with stones. When your rage has sent your girlfriend running for cover. When you glimpse yourself in the mirror and you look like someone you used to know long ago.

Collapsible captures the absurdity of a world where individuality is prized and yet the sense of self has never been more fragile. Where we look to others to define us, to the internet to tell us which sandwich we are like, what element we might be on the periodic table, but have no real sense of who we are. Holahan is heart-breaking, the writing flinty and rich, and if the final few minutes don’t quite hit home, this captures the dislocating sense of watching the world continue to turn while you feel as if you are disappearing.

Trying to really be yourself is also one of the themes of Knot (Assembly Roxy), an exquisite circus piece, created by Nikki Rummer and Jean-Daniel Brousse in collaboration with Lost Dog’s Ben Duke. Duke’s Juliet and Romeo will be up at the festival later in the month and will also be at Wilton’s Music Hall in November. 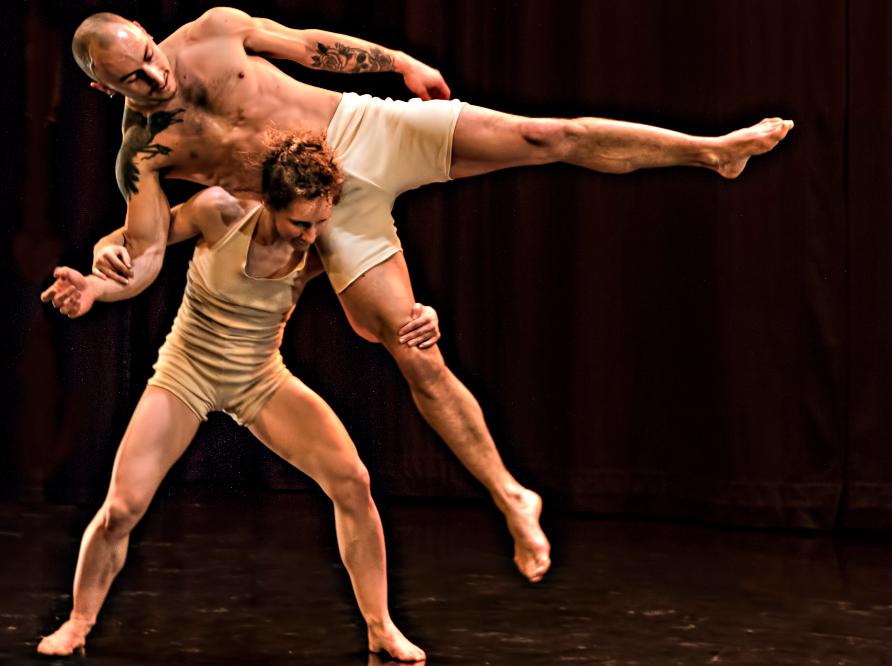 Knot is both deceptive and brutally honest; clever and full of heart. It begins with Nikki and JD explaining how they met. He had just broken up with a girl who had moved to Australia. She was with someone else, a physical god who was blonde, tall and chiselled. But they still got together. They felt like a good fit.

But all is not quite what it seems in a show of blissful acrobatic prowess and deep emotional shading where even as the couple’s near naked bodies lie side by side spooning, the real story lies deeper beneath the skin. One of the things that makes this so fascinating is the way it makes the audience invest in the relationship (when the reveal come there was a mewl of surprise from one part of the auditorium) and the canny way it investigates how our perceptions are easily manipulated by the way a story is told and the images we are shown. Even the way that we see bodies is coloured by who and what we think those bodies represent.

Operating at those glorious intersections between circus, dance and contemporary theatre, Knot is indeed satisfyingly knotty as it reminds that sometimes we feel most alone when we are together, and however intense a relationship is, there will come a point when it must and will end. This is great work, sophisticated, sexy and yearning.

An oddball relationship is also explored in Bobby and Amy (Pleasance Courtyard), Emily Jenkins’ story, briefly at the Vault Festival earlier this year, about two lonely, bullied Cotswold teenagers who strike up an unlikely friendship. Will Howard plays Bobby, a neuro-diverse 13-year-old, and Kimberley Jarvis is the shy girl whose dad has recently died, whose mum is prematurely cosying up to “uncle” Ryan, and who is tormented by a gang of local mean girls she calls ‘the goats”. 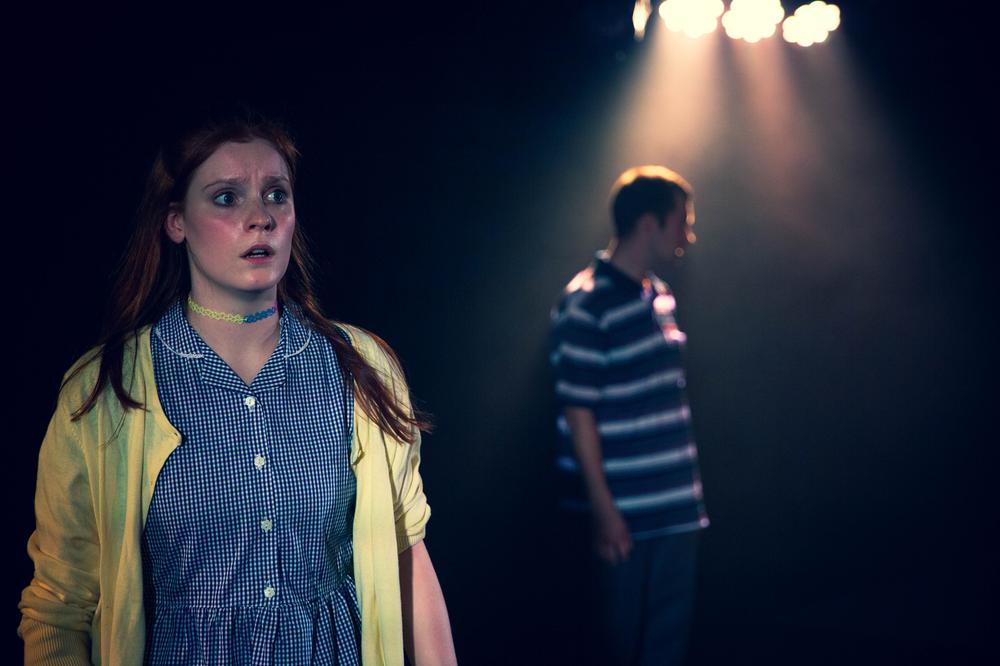 Kimberley Jarvis and Will Howard in Bobby & Amy.

Anyone still under the misapprehension that childhood is a golden time and the countryside is all fluffy bunnies, nice views and rosy sunsets will be quickly set right by this show, set in the early 2000s, which is often brutal, particularly as foot and mouth devastates landscape and livelihoods. Howard and Jarvis have satirical fun playing the inhabitants of the small town and Jenkin’s writing mixes the poetic and the everyday, the down to earth and the charming to impressive effect. There’s lots that is lovely here, and a little more dramatic stream-lining, and a little less signposting and wish fulfilment would make this a winner in every way.

Tip: you can follow all the artists featured in Lyn’s Edinburgh blogs on the Stagedoor app. The next time they perform in London, their show will appear at the top of your personalised recommendations.