Richard Gadd won the Edinburgh Comedy Award in 2016 for his show Monkey See Monkey Do.

But his new solo theatre piece Baby Reindeer (Paines Plough Roundabout, and heading to the Bush in October) is no laughing matter. It begins with a chance encounter in the bar in which Gadd, a none too successful comic, is working. Martha claims to be a criminal barrister but she doesn’t have any money so Gadd makes a joke—which she doesn’t get—and gives her a free cup of tea.

But the joke turns out to be on him. Because over the following years Martha, who calls him Baby Reindeer, starts to stalk him. She turns up at the bar, his gigs, his house and harasses him with thousands upon thousands of emails, texts and messages. Some are projected onto the ceiling of the Roundabout, a weird cacophony of love and viciousness that seems to bear down on the stage, each word a dagger.

But Baby Reindeer is never quite as simple as it seems. In an exquisitely crafted 65 minutes, which Jon Brittain’s canny direction turns into a thrilling hunt for the truth, it becomes apparent that Gadd’s relationship with his tormentor is not as simple as that of the stalked and stalker. Her obsession becomes his obsession too, not least because the police don’t take the threat seriously. 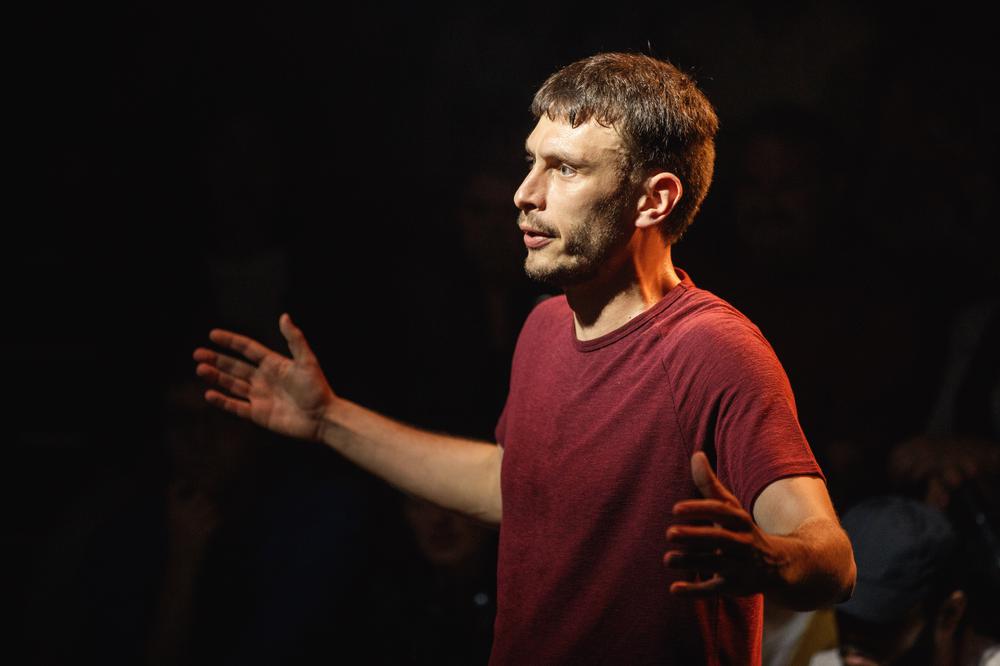 What’s so clever about the show, which builds to a fascinating Orson Wells-style Citizen Kane moment, is the way that it constantly makes you re-evaluate your perspective on the story. It makes us interrogate the very act of storytelling itself as it questions its own narrative. Do a few flirty jokes and a cup of tea in any way amount to complicity? Gadd starts to question whether he might actually like the attention that Martha gives him, particularly because he is insecure about his masculinity and still traumatised by a sexual assault that happened to him. Is he in any way as dependent on Martha as she clearly is on him?

The answer, of course, is that he is the victim not the perpetrator. But what is so terrifyingly brilliant about this piece is the way that it creates psychological uncertainty, not just in Gadd himself but in the audience’s heads too. This is a cry for the police to take stalking more seriously (particularly when the victim is male), but there is something far more unsettling too in the way it explores the legacies of trauma, and the vulnerabilities that lead us to hunt ourselves down.

Baby Reindeer runs at the Summerhall Roundabout Aug 7-12, 14-19, 21-25. It then runs at London’s Bush Theatre from Oct 9 - Nov 9. You can book tickets with no booking fees right here on Stagedoor