Call it neat. or call it sneaky, but there is something particularly satisfying about a show about work that gets the audience to do all the work.

At least, at the point of delivery. Undoubtedly a great deal of thought and effort has gone into creating work.txt, a piece conceived by Nathan Ellis which has no actors, only a performing audience following written and audio instructions. This is still in development, but it is already fascinating. Quite fun too, and of course after a long day’s work, everyone wants to have fun.

This is definitely not a show for those who distain audience participation, and it cheekily doffs its cap to that. But one of the things this show does through its own cool, calculated mode of operation is actually bring an audience together, while acknowledging and highlighting our differences, in a way that theatre often claims to do, but seldom actually does. At the very least what we do here is build a city together out of giant Jenga bricks. During the hour-long span of the show we have to do some work, we can’t just passively watch. Or if we do refuse, maybe it operates as a comment on the leisured classes. Or on who has to work and who doesn’t. Or perhaps a refusal to participate could be read as an act of resistance? 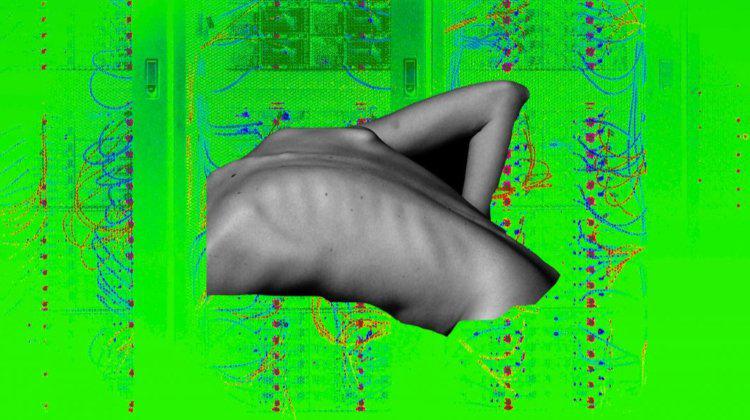 The show takes the form of a day in the working life of a city and its inhabitants and yet it stretches out into infinity. It is both specific and general. It captures the absurdity of some jobs from social media manager to art curator and it questions how we value jobs and people (who is worth more? The curator or the gallery attendant. How do we define art and an artist?) in an entertaining if slightly self-reverential segment.

This could be smugly cool but actually it has a level of emotion that is so cleverly curated that it catches you off guard. It both reminds us of our insignificance and absurdity and at the same time points to the way that although we are all cogs in the machine of capitalism, there is also something about work that brings us together and maybe we can use it to work together to create something different.

In my lifetime some walls have come down—most notably the Berlin wall in 1989—but many more have gone up. What would a world look like where there were no walls rather than the increasing numbers that are being erected to keep people out? It’s a question asked by the female-led ensemble LegalAliens in Closed Lands, Simon Grangeat’s documentary play about migration. 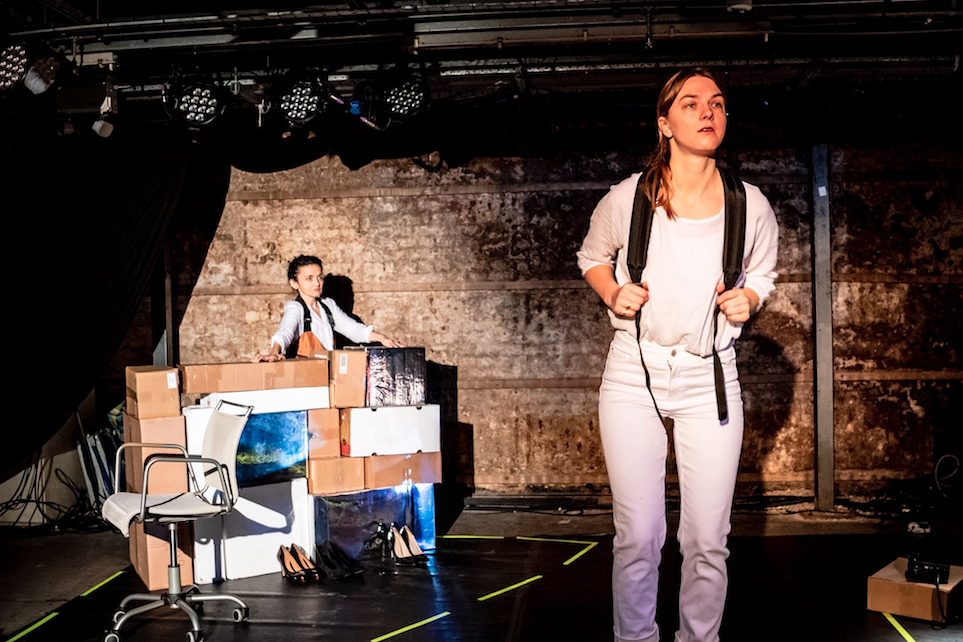 There are no walls, of course, for those with enough money to secure the right passports and documents needed to pass through borders, but as Closed Lands makes clear the journeys for the poor, the dispossessed and the unsafe are often perilous. We all saw the picture of Alan Kurdi, the drowned three-year-old Syrian boy washed up on a Turkish beach as his family tried to reach Europe.

In the desert between Mexico and the US some leave water and maps for those making the dangerous journey. Others, citizen militia determined to keep Mexican migrants out, contaminate the water and doctor the maps.

But most of us do nothing at all, and perhaps that implicates as much as those actively thwarting migrants. It’s well worth exploring the idea that what makes some feel they are safe is designed to keep others out, but Granteat’s play lacks the individual personal stories that would bring it alive and engender empathy. LegalAliens’ show is clearly born of a passion for social justice and yet it is oddly lacking in passion. Too often the production feels as if it is merely providing a visual illustration of the text. The result serves a purpose because it’s informative. But it’s never galvanising.

Both work.txt and Closed Lands run at Vault Festival until Sun 8 March.