Reviews: This Queer House, Don't Talk To Strangers & Ryan Lane Will Be There Now In A Minute

There are plenty of shows at Vault Festival that are radical in content, but it is striking how few are experimental in form.

Ryan Lane Will Be There Now In A Minute

It’s as if the urgency of what young theatre makers want to say is not always matched by wanting to find experimental ways of saying it. Theatre is merely the vehicle to get the message across.

Hot Cousin, however, are trying to do something different with Don't Talk To Strangers, a show that comes with a confident, one eyebrow slightly raised humour, and a structure in which repetition becomes a way of moving forward, making us see and hear differently. The show has a good satirical eye, although the absurdity isn’t always enough to ensure that the audience on board for the entire journey. Even with an alien present in our midst.

The Voyager Golden Records, launched into space in 1977, the subject of several recent theatrical speculations, is also the focus of a show that interrogates this mixtape of humanity through a series of TV style interviews with two of the Golden Records’ creators Carl Sagan and Ann Druyan who during the project fell in love and married. Through their relationship, and way of talking about the project, the show considers questions around who is heard and who has been muted, the way we other and the grandiose nature of human thinking that places ourselves right at the very centre of the universe.

Experiment can sometimes breed confusion and that is the case with OPIA collective’s This Queer House about a non-binary couple who move into an old house. The walls seem to talk. Is it haunted or is actually alive? The house, I assume, is a metaphor and there are some striking moments that draw on fairy tale motifs of Hansel and Gretel and also Greek mythology including Pandora’s Box. 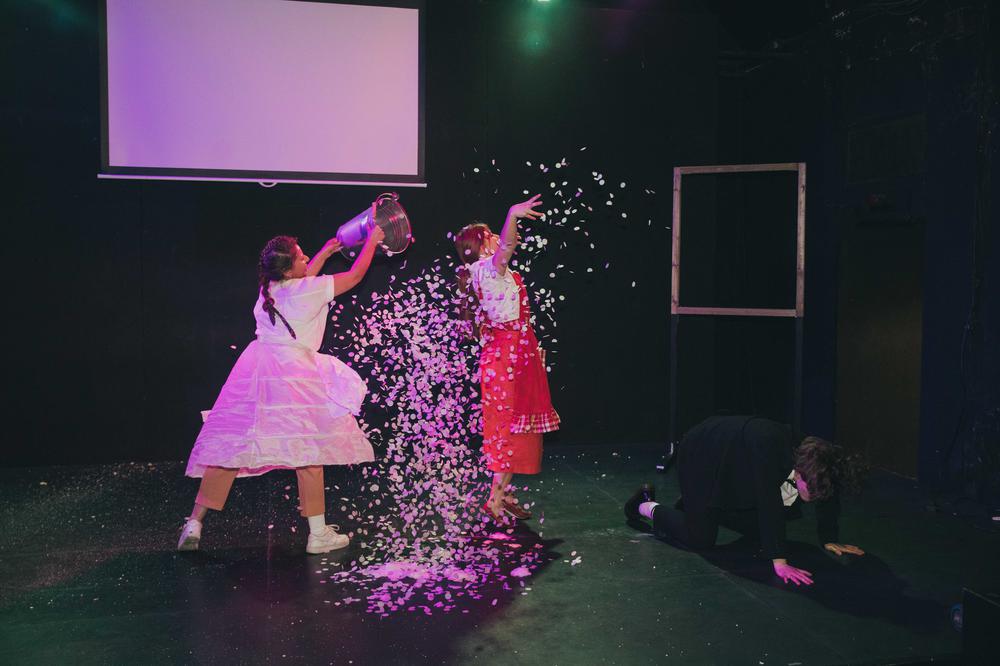 There is a female figure who totters the edges of the building in polka dot high heels like a Stepford Wife, a talking dog called Sappho and a wild forced wedding. There is richness here, but not yet coherence. For quite a lot of the time I had no idea what was going on. But This Queer House is still a piece in development and in the ripeness of time may bear luscious fruit.

Ryan Lane Will Be There Now In A Minute is a slice of Welsh satire from a performer whose training Ecole Phillippe Gaulier shows in what is billed as comedy but has a significant theatre component. 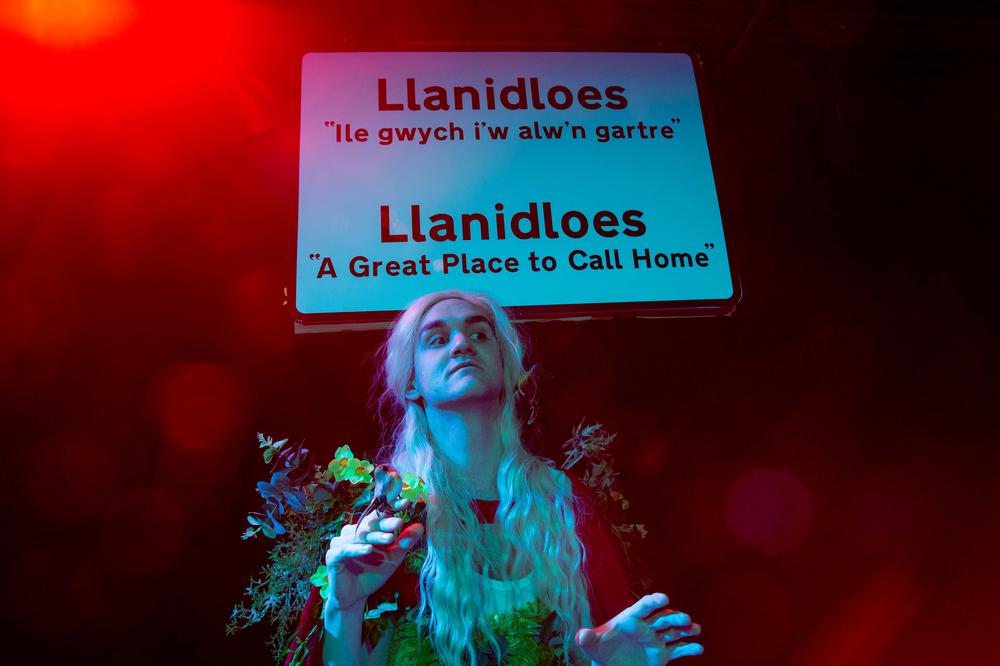 Lane’s show does monstrous things to leeks and the rules of rugby and operates through a series of character sketches about the weirder inhabitants of a small Welsh town, largely forgotten since the bypass was built 20 years ago. It’s a bit like Under Milk Wood but with more laughs and some neat audience participation. The pleasure and craft are in the way it plays up the stereotypes rather than puncturing them, so that as the show goes on the everyday becomes fantastical, the mundane wildly surreal.

Each of these productions has their last performance tonight Sunday 1 March. More info here:

Ryan Lane Will Be There Now In A Minute