Reviews: Notch & How We Love

AA is from an unnamed Slavic country where there was a war she doesn’t remember. That doesn’t mean she doesn’t carry it around inside her.

She arrives in Dublin full of dreams, but dreams are easily crushed. Dublin is a hostile environment. When she is homeless on the streets people throw chips at her, when she begs for money on the Dart she is as invisible as a ghost. A minimum wage supermarket job allows for a bed in a hostel but even that is unsafe. AA develops an obsession with a young woman, Margaret, doing a summer job in the shop.

Danaja Wass’ Notch (Vault Festival) performed by the author and directed by Madelaine Moore for The Thelmas, is a dense almost Joycean odyssey through Dublin seen through the eyes of woman whose mental health is crumbling, and whose sense of self is being eaten away. She is a ghost and one who is chasing ghosts in the form of Margaret who we never see in the flesh but who smiles enigmatically from a TV monitor on which images of Irish daytime TV, shopping channels and retro footage sometimes flicker. 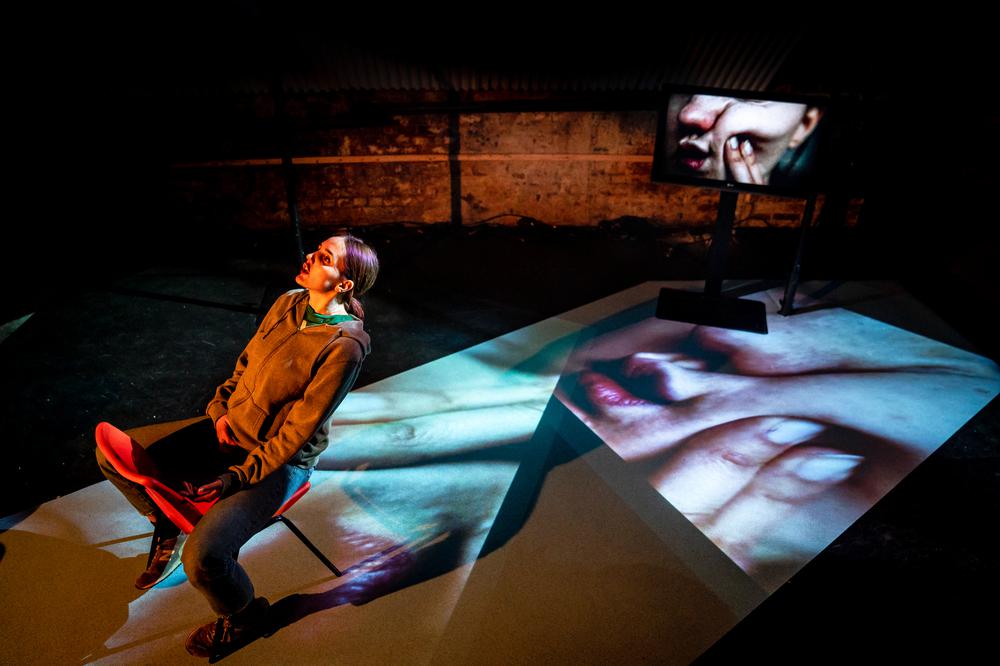 Wass’ script is undeniably dense and narratively intricate (but then life is not a neatly ordered story) but it leavens the pain with a mordant humour. Jokes are dropped in like tiny lethal bombs. It makes for a fascinating, layered hour that sometimes feels like a piece of live art and at others like a wayward stand-up set. Lucy Bishop’s movement direction injects physicality.

The way a sexual assault is introduced late into the narrative as AA hunger for human contact becomes more desperate, and how that violation is presented and read definitely needs to be interrogated more closely by the team. But I’d recommend this: Wass is a really distinctive new voice and one who observes through unblinking, barbed eyes.

Less sophisticated but no less urgent is Annette Brook’s How we Love in which two Nigerians, Regi (Ewa Dina) and Babs (Enoch Lwanga) are about to get married in the UK. But this is no love match but one of necessity. Both are gay and their partners are still in Nigeria where homosexuality is criminalised. Babs plans to return soon and the marriage is a smoke screen to put anti-gay family members and the authorities off his scent. But will everything go according to plan? 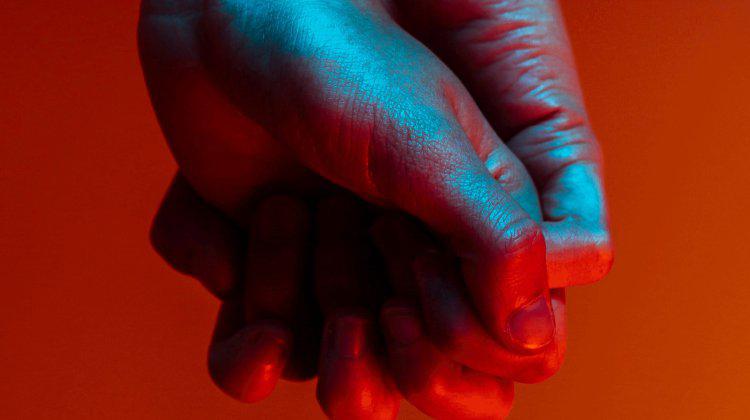 How We Love by Annette Brook

This is always very watchable even if the production is rough and ready and the joins in the play’s construction overly apparent. The introduction of an elderly gay neighbour, a holocaust survivor, is undeniably moving but feels a bit laboured. But the relationship and banter between Regi and Babs is very nicely realised, and it’s a necessary play. It reminds that civil liberties are under real, daily threat in Nigeria and that trying to police the heart is a step on the road to destroying those who refuse to love in the permitted ways.

Both Notch and How we Love run at Vault Festival until Sun 23 Feb.