Jack Britton is five feet four-and-three-quarter-inches. In 'Mighty' (Vault Festival) he considers whether heightism is a big issue, or a little one. I know, I’m sorry, but Britton’s punning is contagious.

Britton, is a likeable performer who at times plays to the stereotype of the short angry man, uses plenty of jokes as well as song and a loop pedal to explore why people—women as much as other men– think it’s fine to express prejudice against short men when they wouldn’t dream of expressing their prejudices about people’s other characteristics. It starts in the playground. At school Jack was known as “Little Britton.” Now he’s an adult, people keep asking him if he’s a jockey.

Mighty is not just a show. It is a way in which Britton, so often over-looked, can make himself visible. He commands the stage. He is mighty. At least for the hour. And who knows, he may change some attitudes. Smaller men earn less, are less likely to have a long-term partner and have a higher risk of suicide. There is a moment when Britton wraps a tape measure around his neck like a noose. But for most of the hour he keeps smiling, and keeps us smiling too. It’s bittersweet. 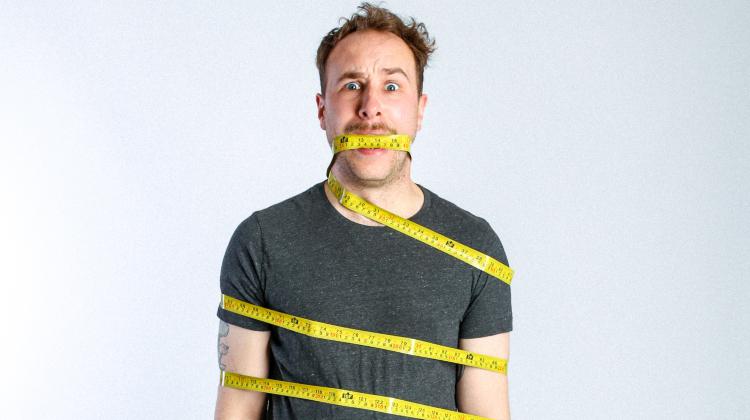 In Jodie Irvine’s solo show Gobby, Bri refuses to smile and make herself likeable and it’s driving away her former friends. Not that they are very likeable either. Or very observant, because what they’ve failed to notice is that Bri is hurting and in need of help after escaping from a controlling relationship with her ex-boyfriend. The girl whose nickname Gobby came from a childhood gift of the gab now uses words to lash out. She longs to be part of the gang but at every turn she pushes them away. They just stop calling. She watches their lives unfold on Instagram.

Gobby is a devised piece and sometimes the writing could be tighter and more pointed, but it’s cleverly structured using five parts (or rather parties) to take us over two years of Bri’s life as she comes to know herself better, and take control of her life and friendships. It takes a while to get going, but Irvine plays neatly on the fact that even when Bri is pretty unlikeable you also recognize and relate to her. The show is great on the pain of always being one of the uninvited, and clever in the way that it uses party poppers and hats and balloons as props. 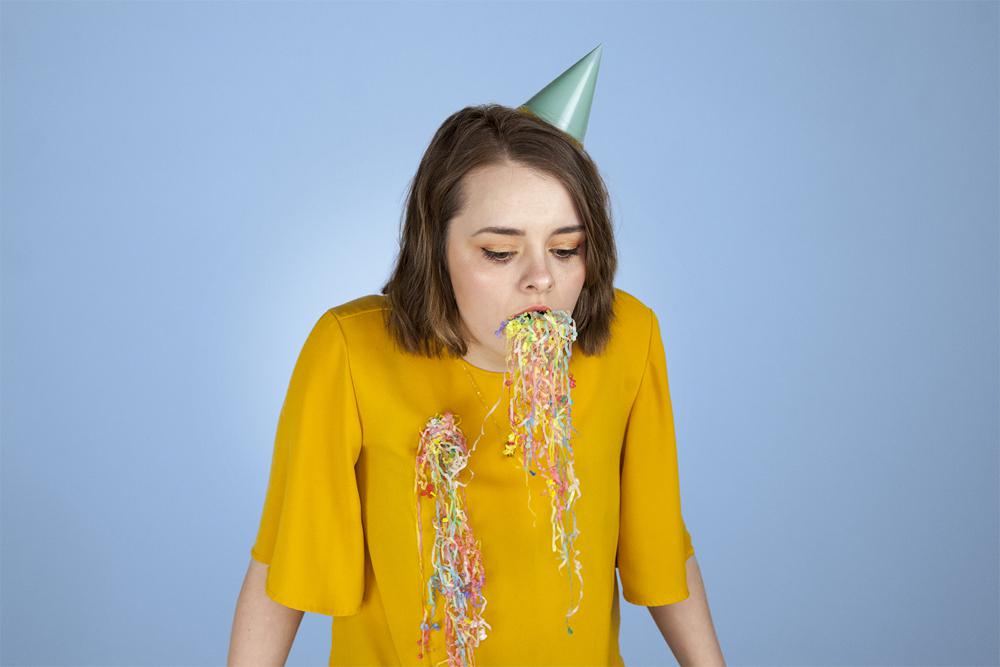 With just a little more crafting this would be an absolute winner, but even as it is it offers a heartfelt glimpse of a young woman struggling to make herself heard in the right way. The emotion creeps up on you. I shed a tear.

Both Mighty and Gobby run at Vault Festival until Sun 9 Feb.