Reviews: Freedom Hi, When We Died and Willis & Vere: Genius

Even as you enter the room, you know this is going to be a bit different.

Figures sit wearing the Pig and Dog avatar masks that are a feature of the pro-democracy movement in Hong Kong. It’s a little bit chaotic. There is a sense that something is about to kick off. Freedom Hi is wild and fierce, urgent and sorrowful, sometimes hard to follow and at other times crystal clear.

You need to think of it like a collage of different pieces that capture moments and moods in the struggle of the Hong Kong democracy movement. Created by a group of UK-based East Asian and Hong Kong artists, the show takes place as much on-line (for the full experience prior to the event you should join Telegram, an app much used by the protesters) as it does in the live space.

The two constantly bounce off of each other, and the technology creates the sense of being caught up in protest and occupation, the layers of confusion, misinformation, solidarity and fear. You won’t follow it all—I certainly didn’t—but it is full of layered images, snippets of stories, and it comes washed in the legacies of colonialism and the poetry of protest. A young woman holding an umbrella slowly pours water; segments of oranges are popped into people’s mouths, the story of a blood-soaked steamed bun is explained, as is the British legacy of kettling protestors. There is a moment when the panic and confusions and fears of the Hong Kong university siege spills into the room. 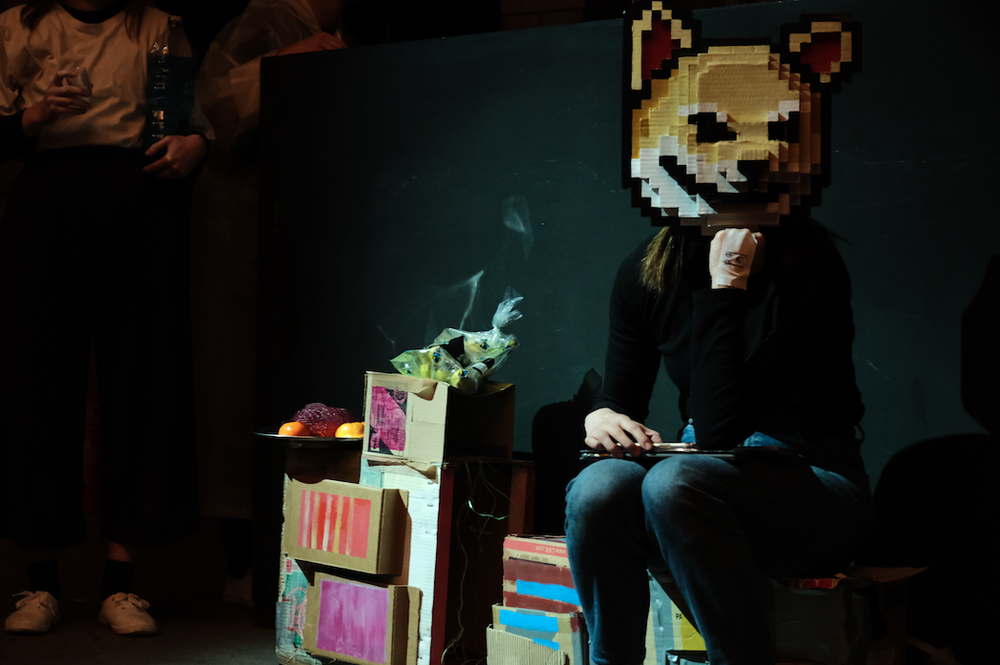 Throughout, the show’s creators’ question what they are doing and why. What is the role of art? What do you do when you are watching events unfold from afar and via an app? How do you support those fighting for democracy, not endanger them?

In When We Died, written and performed by Alexandra Donnachie, Rachel is a mortician who finds herself asked to embalm the body of the man who raped her. It’s a curious set-up, but an effective one that puts her rapist’s body totally in Rachel’s hands. Donnachie’s writing is unexpectedly beautiful as it describes the process of embalming and the care that Rachel’s accords the body of the rapist who violated her body and left her emotionally scarred.

It doesn’t shirk what happened, but crucially it takes care of its audience too as Rachel goes about her job. She makes sure that she treats the dead body like a person who must be loved and cared for before handing that person back to their family, in particular to his wife, who Rachel has previously met. This monologue dances with grace around some complex questions around revenge and forgiveness, and also how we see the wives and partners of rapists. 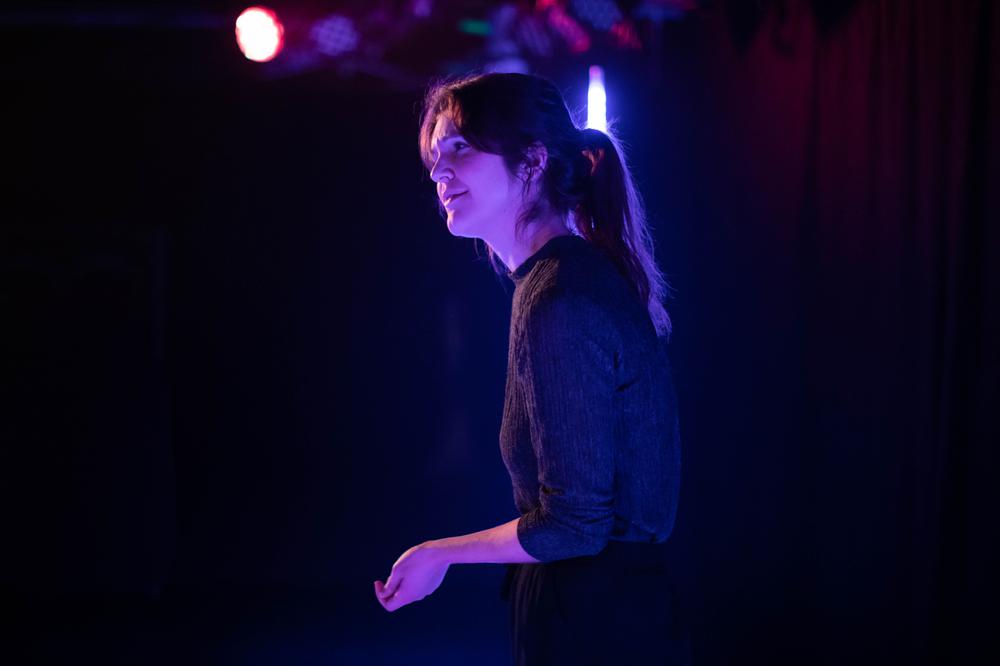 Andy Routledge’s production keeps things pared back and tightly controlled, Curtis Arnold-Harmer’s sound design has an almost subliminal quality and Donnachie is really terrific - her body turning and twisting, bending and swaying to suggest the trauma of a woman looking for a way to move in life by taking care of the dead. It’s quietly hold -your-breath gripping, and - as a complete aside - utterly fascinating about the act of embalming too.

What would happen if instead of separating shows into categories such as Theatre or Comedy or Spoken Word festivals such as Vault and the Edinburgh fringe just put everything together? I thought about it watching Willis and Vere: Genius, a show that sits within the theatre programme but would equally appeal to the comedy crowd. Unfortunately, on Wednesday night there was barely any crowd at all, a pity because this is a show that is substantially improvised based on audience suggestions and its needs the wit and energy of the audience to really fly. The improvised sections didn’t. Fly that is.

But the filmed video segments are often very, very funny in this show that revolves around a chat-show interview with a pretentious (con) artist and self-styled genius called George who has just published his autobiography. This is a show with legs, I’d just like to see it when its sprinting not limping.

Freedom Hi, When We Died & Willis and Vere: Genius all run at Vault Festival until Sun 15 March.