Reviews: Dumbledore Is So Gay, Life and Death of a Journalist & ARABITCH

Reviews: Dumbledore Is So Gay, Life and Death of a Journalist & ARABITCH

Lyn Gardner at VAULT Festival
27 Feb 2020
Remember the time turner in Harry Potter that allowed Hermione and Harry to travel back in time to save Sirius Black and Buckbeak?

Jack certainly does. What would happen if he could travel back in time to the twenty-tens when he is at school, gay is a term of derision used by the bullies, and Jack is in love with his best friend Ollie?

A cross between Sliding Doors and The Versions of Us, Robert Holtom’s Dumbledore is so Gay is a beguiling three-hander that gives Jack (Alex Britt) three turns with the time turner: all offering slightly different versions of the same story. But will it take a fourth turn before homophobia and internalised gay shame are finally relegated to the past? 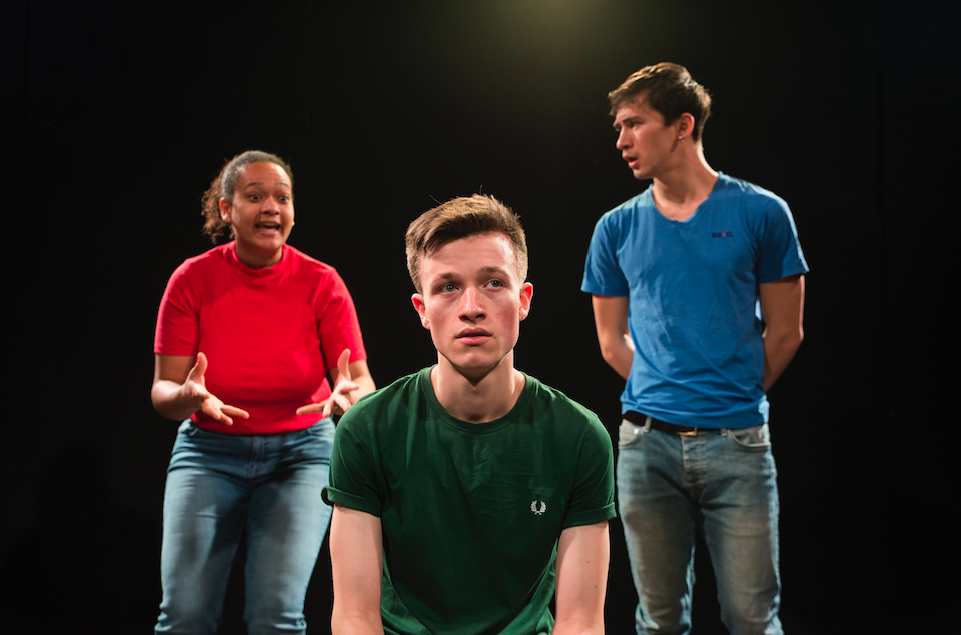 Dumbledore Is So Gay. Photo by Gabriel Mokake.

This is very neatly put together show, full of clever Harry Potter and other cultural references. It is a hugely enjoyable one too as tiny but different reactions from friends, parents and teachers lead to slightly differing scenarios but very different outcomes. The same or similar lines uttered in one version have a different meaning in another.

Alex Britt is very engaging as Jack, the growing teenager who is horrified to discover that he not a Gryffindor as he’d assumed and hoped, but a Hufflepuff, and Charlotte Dowding and Max Percy are excellent in a number of roles, particularly as Jack’s bewildered, embarrassed parents. Tom Wright’s production brings a lightness of touch that matches the play. I’ll eat my sorting hat if this doesn’t have further life.

Sara Dawood’s Arabitch is far darker and at a much earlier stage of development. It too uses comedy as a weapon as it explores the experience of being female and queer in the Arab world and in her own family.

Beginning and ending with a letter, and dancing between cabaret, stand-up and theatre—including an entertaining TV gameshow spoof, 'Name the Lesbian'—Dawood’s solo show explores how racism and colonialism still impact on attitudes towards Arab women and the policing of their sexuality. She flouts it and plays with it with glittering, cross-dressing glee. But you also feel the pain too. This embryonic show still has a very long way to go, but with the right support and dramaturgy it could be an interesting journey. 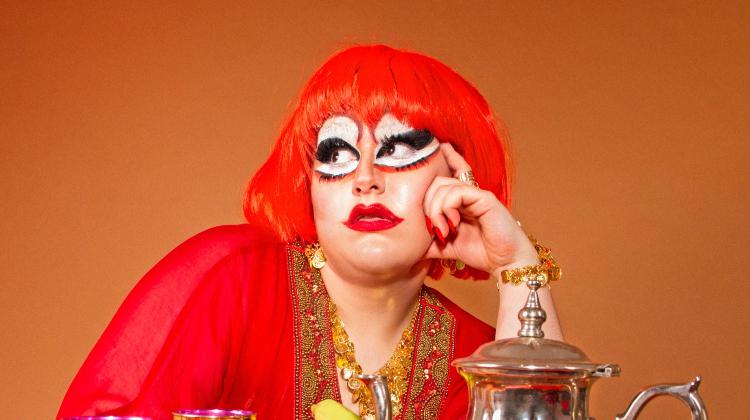 Who controls the news and how far are we aware of the under-lying biases it promotes? Should you believe what you read or see or hear? Or should you question why a particular news story is being written and promoted and whose interests it serves? When newspapers are either owned by rich corporations or have their own business interests to protect it would be naïve not to question the agendas behind the stories that make the headlines.

Jingan Young’s Life and Death of a Journalist explores this idea by focusing on Hong Kong’s life and death fight to resist Chinese encroachment on civil liberties and freedom of speech, and how the UK media covers that story. 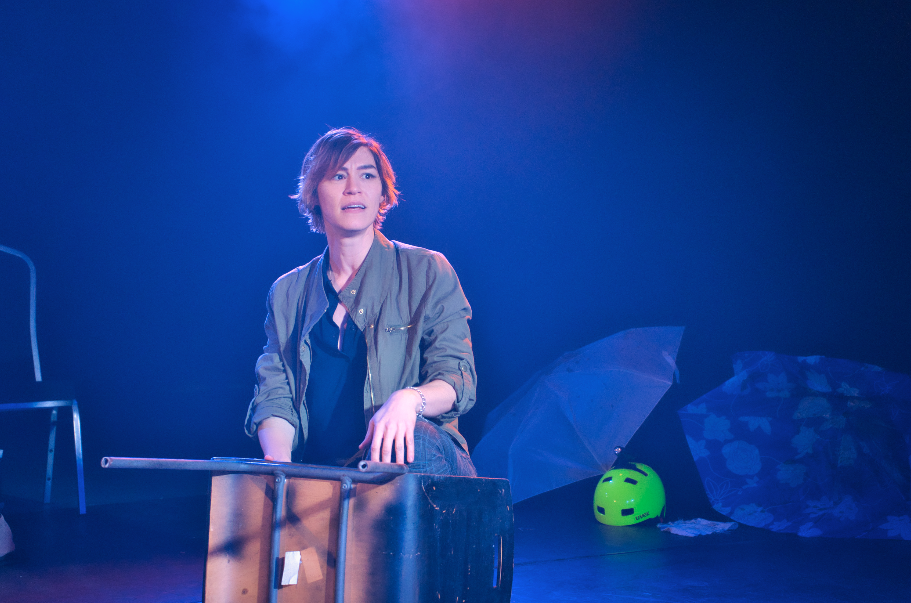 Life and Death of a Journalist. Photo by Ming Cheng.

Laura (Lucy Roslyn) is a journalist whose coverage of the Hong Kong democracy movement has won her admirers and detractors. She wants to highlight the plight of her missing journalist friend, Chris, who has disappeared in China. So, when she is offered a job by Vicky (Melissa Woodbridge) the editor of a large Chinese funded media outlet her first instinct is to refuse. But is it possible to change things from the inside, or does part of yourself die as the compromises pile up?

Young’s play is meaty but if it doesn’t entirely satisfy or successfully entwine the strands of both Laura’s working and personal life, then that is simply because it is trying to do far too much in its hour’s span, so everything feel squeezed.

The result is that Laura comes across as impossibly naïve for a campaigning journalist and in the exchanges between her and Vicky the play falls back on older stereotypes of Fleet street female editors. But it certainly grips even if it doesn’t entirely convince, and if given room to breathe, possibly in a different format such as TV, it would have a chance to dig deeper.

Dumbledore Is So Gay, Life and Death of a Journalist & ARABITCH all run at Vault Fetival until Sun 1 March.

Life and Death of a Journalist
VAULT Festival
Show ended