Most jobs involve some elbow grease.

In Bin Juice, when Belinda (Helena Antoniou) turns up for a job interview with a hazardous waste removal company, it soon becomes clear that she is going to have to get her hands very dirty indeed if she wants the job.

Francine (Adeline Waby) and Marla (Madison Clare) explain that this is no ordinary disposal company but one that specialises in the removal of dead bodies for a mysterious boss who can only be contacted by telephone. The dead, or almost dead in some unfortunate cases, are “bad people” who must be obliterated.

Cat Kolubayev’s black comedy is an intriguing proposition and one which promises the gleeful nastiness of a play by Joe Orton or Martin McDonagh. It is at its best when it mixes the matter of fact and everyday with the surreal. There are some nice moments when Francine and Belinda argue around word origins, and it knows how to inject a twist. 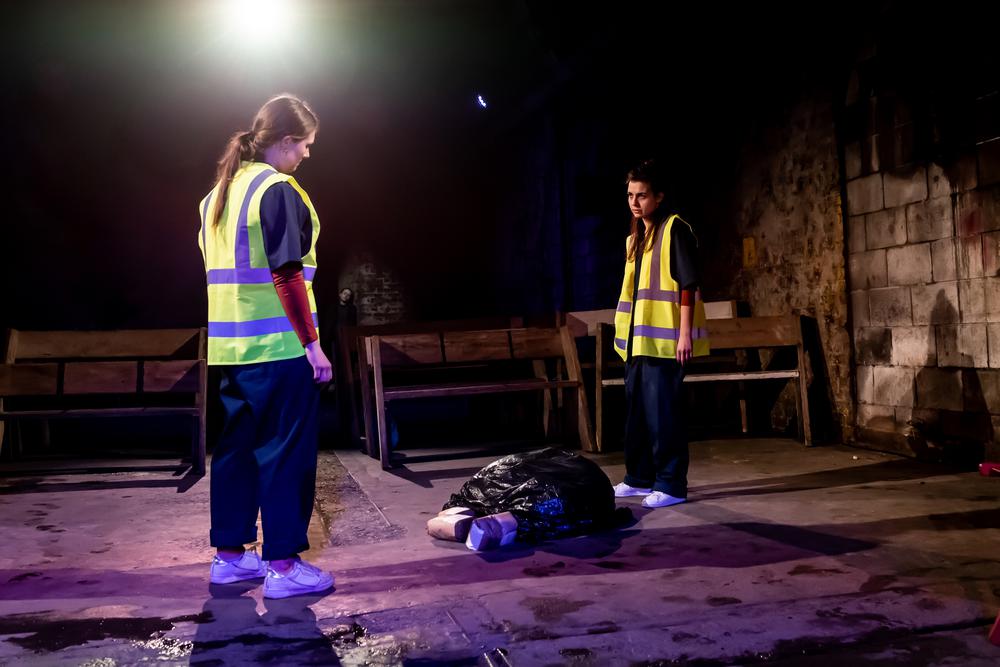 But despite the best efforts of the hard-working actors, it’s hard to really buy into the set-up, and while there is too much detail in some areas (a long shaggy sheep story) there is not enough in others to really believe in the scenario or over-look its preposterousness. This could still turn into a show which makes you laugh and wipes the laughter from your lips within the same moment, but in its current form Kolubayev’s job still feels only half done.

Remember when you were a teenager and went to a house party? The giggly excitement of dressing up. The drinking before you even arrived. The thrill that tonight might be the night that you got off with the boy or girl you fancied? Superman is a piece of music and spoken word theatre around the theme of consent. It captures those feelings and the thrill of being 16. It also captures the feeling of lying on a cold bathroom floor while a boy rapes you. Does him saying “can I stick it in you, babe,” count as asking for consent when he clearly has no intention of stopping?

Superman is inspired by the cast’s personal experiences and interviews with young adults. It comes straight from the horse’s mouth, and points to the fact that even in the wake of #MeToo there is a confusion and unease about talking about consent, when of course it should be part of everyone’s sex education. 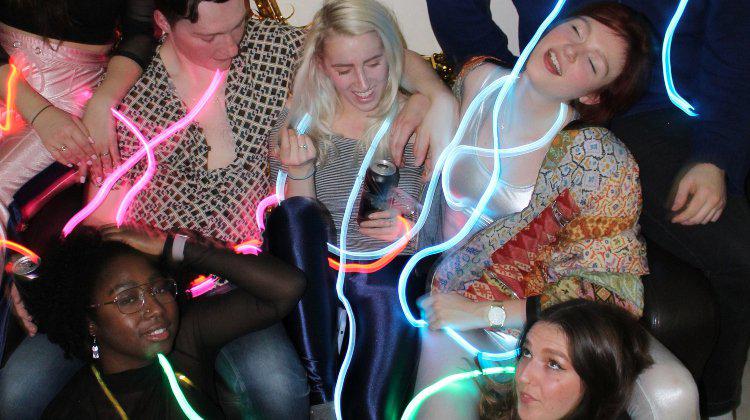 Superman may not be particularly innovative or swashbuckling as theatre, and it creates some confusions around what is real experience and what is made up, but nonetheless it’s honest and heartfelt and it serves a real purpose. It would be an excellent conversation starter in schools and youth clubs. Oh, but I forgot, few schools have proper sex education programmes, and austerity has decimated the youth service. We should be ashamed, rather than condemning future generations to live with the shame and silence that still surrounds of non-consensual sex. Sometimes theatre isn’t just about theatre but about something bigger.