This one-woman show explores what it is like to have two passports, two names and two cultures.

Peyvand Sadeghian’s family left Iran after the revolution. She grew up amid the concrete of Canning Town. The family had a picture of the former Shah in their living room. Peyvand's school friends assumed he was her grandad. Of course, he wasn’t. Aged eight, she finally got a British passport. But shortly after, when she visited Iran with her father, the authorities refused to acknowledge the passport or her name. They gave her new ones, and tried to claim her too.

The show looks at the dislocation that occurs, the push and the pull, the way Peyvand has had to piece herself together. It is also a story of shifting global power, colonialism, national self-interests, and different types of revolution, personal and political. How the wait for both is sometimes long. The programme quotes the Syrian poet Nizar Tawfiq Qabbani: “what is poetry if it does not declare mutiny?/ If it does not topple tyrants?” 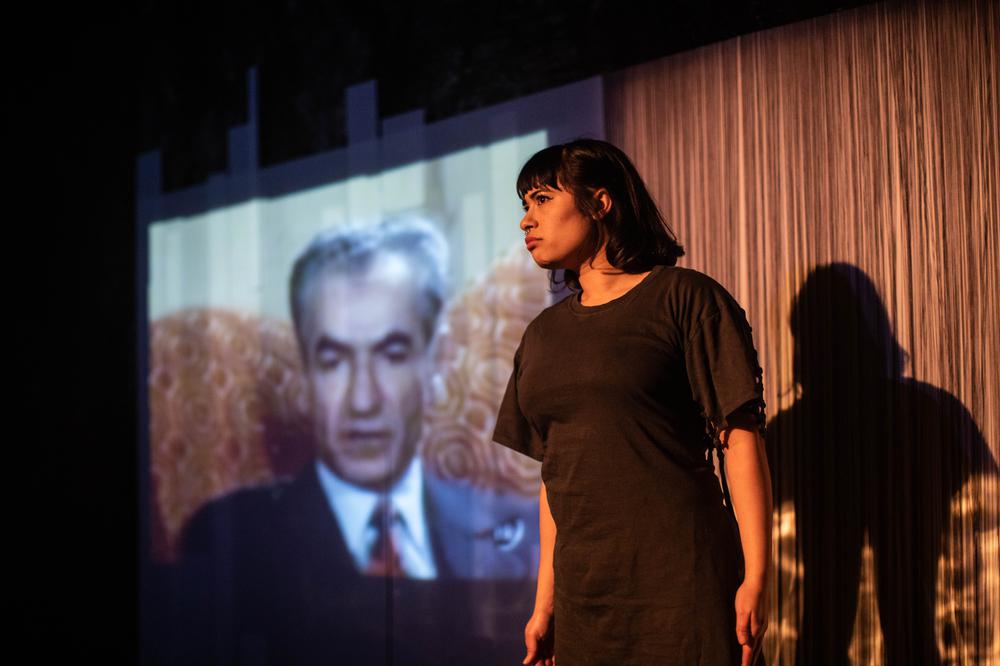 There is indeed poetry in this heart-felt, enjoyable show, but it also weaponises humour. It is cheekily irreverent and sharply satirical with Peyvand creating a bearded figure who hosts retro TV game show-style interludes of audience participation including a spot called The Passport Lottery. This element of the show needs more development, but it’s definitely going in the right direction, and Peyvand has the performance skills and presence to pull it off.

The storytelling still needs more clarity, but director Nastazja Somers juggles the many different elements adeptly, and the use of animation and 20th century TV footage is very effective and always tells its own story running in parallel with Peyvand’s personal experience. At one point she notes that the 1979 revolution was televised, seen on our screens every night. But in our hyper-connected world where is the sustained coverage of the 2019 protests in Iran? Peyvand’s show may not change the world, but it is a form of liberation.

Dual دوگانه is playing at VAULT Festival until 23 Feb.Catch it while you still can!