It’s been an interesting couple of weeks for female friendship on stage.

Upstairs at the Royal Court Miriam Battye’s Scenes with Girls unpicks the intricacies of young women’s relationships with a beady precision, and the first two shows that I caught at Vault Festival are also focused on the bonds between friends. Both Santi & Naz and Something Awful hark back to those teenage years when friendships are more intense, feelings more vivid.

Santi & Naz, a gorgeous little sliver of a play written by Guleraana Mir and Afshan D'souza-Lodhi focuses on two girls growing up in a small Indian village at the time of partition. Santi (Rose-Marie Christian) is bookish and thoughtful while Naz (Ashna Rabheru) is impatient about learning, impulsive and lives for the moment.

But while they laugh, giggle about boys and dance and sing, their world is changing. Partition is bringing divisions and tensions, and they are both growing up. When Naz is betrothed to an older man, she initially embraces the situation because of the presents he brings her, but as the marriage approaches, she becomes more aware of the realities and separations it will bring. Then violence breaks out in the village. 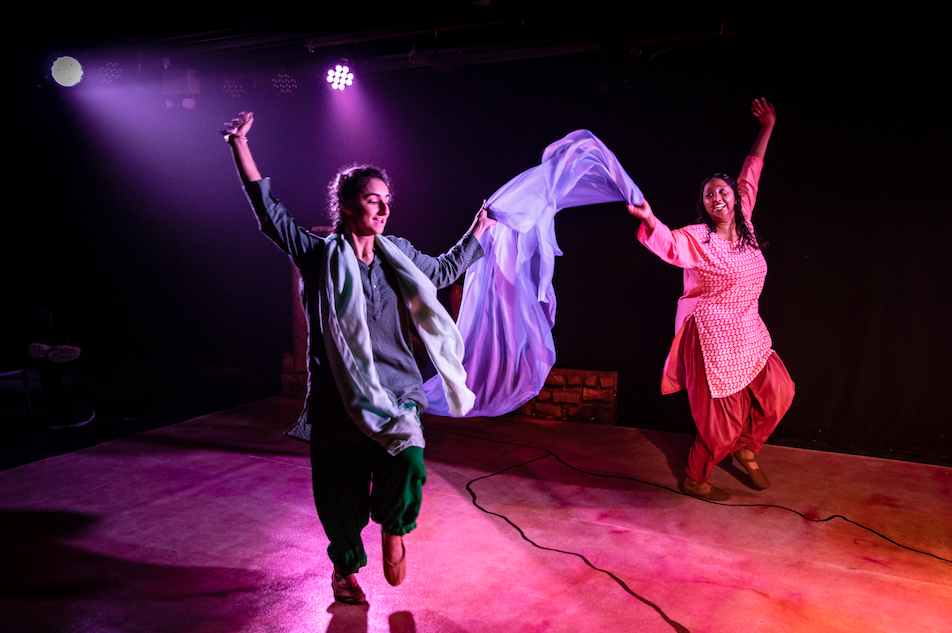 Christian and Rabheru give utterly engaging performances, and Madelaine Moore’s production, designed by Sascha Gilmour, reminds that the minimalism and economy that the Vaults demands can bring benefits not just constraints. This unpretentious show has a very pleasing directness and its apparent simplicity is deceptive because seething underneath this modest story is another one about the way individual stories and personal herstories are subsumed into the big political and social events that make the history books. Produced by The Thelmas, a company dedicated to promoting female talent, this brief play flares like a candle celebrating the unsung lives lost in time.

Much darker of heart is Something Awful written by Tatty Hennessy and directed by Lucy Jane Atkinson, the talented pair who previously brought us the excellent A Hundred Words for Snow which transferred to Trafalgar Studios. Look out for Atkinson directing Gill Greer’s Meat at Theatre 503 in late February.

Thirteen-year-old Soph (Natalya Martin) and Jel (Monica Anne) are the nerdy class misfits, bullied by the mean girls, who find friendship with each other. They are fascinated by a website that offers creepy stories and urban myths posted by people who claim they are true. But when new girl Ellie (Melissa Parker) joins the school the pair’s friendship is disrupted. Ellie, who may be a spinner of her own personal myths, encourages Soph to start posting on the website, fuelling speculation about a whistling woodman, a Slenderman-type figure, who Ellie claims to have seen in the local woods. 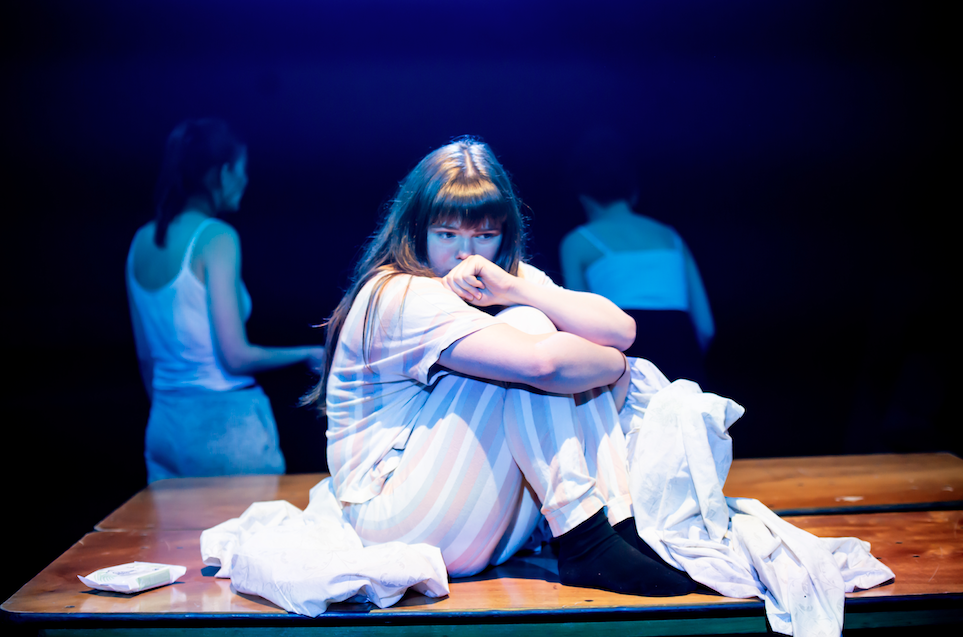 Something Awful is suitably creepy—although the tension is constantly broken by the transitions that seem to require an awful lot of moving of tables—and let’s hear it for the lighting, a great job done of limited resources by Holly Ellis. Although I do wish I could have heard more of the script: audibility is a challenge for the actors in the Cavern which is only slightly less long than the M1 and where they often have their backs to at least part of the audience.

Something Awful has potential, not least in the way that it hints at the reasons for Ellie’s precociousness rather than spelling them out, and its depiction of the teenage fascination with horror as a means of keeping the monsters closer to home at bay rings true. But Soph and Jel seem impossibly naïve for 13-year-olds, and Hennessy is better at creating spookiness than she is at laying down the foundations of Soph and Jel’s relationship and the insecurities that lurk. As a consequence, Ellie’s machinations and displacements all seem a little too easy, and the final shock not sufficiently earned. I occasionally shivered, but I never quite cared enough.

Both Santi & Naz and Something Awful run at the Vault Festival until Sun 2 Feb.