Lyn Gardner suggests 14 shows from solo performers to check out in Edinburgh this August.

Over the next week or so I’ll be making some suggestions for shows from different genres you might be interested to book for at the upcoming Edinburgh fringe. There are over 3000 shows at this year’s festival, so choosing can be confusing. I’m trying to make it easier for you, but bear in mind out of any list a few will, despite my expectations, turn out to be duds and there will be plenty I haven’t mentioned that turn out to be sublime. These are just the ones which have caught my eye, either because I’ve seen this show in some form or know the company or creatives work, or because the company has good form at Edinburgh, or because they sound deliciously bonkers or on the money. The 14 shows (an arbitrary number, I could have picked 30 with no problem) come in no particular order. 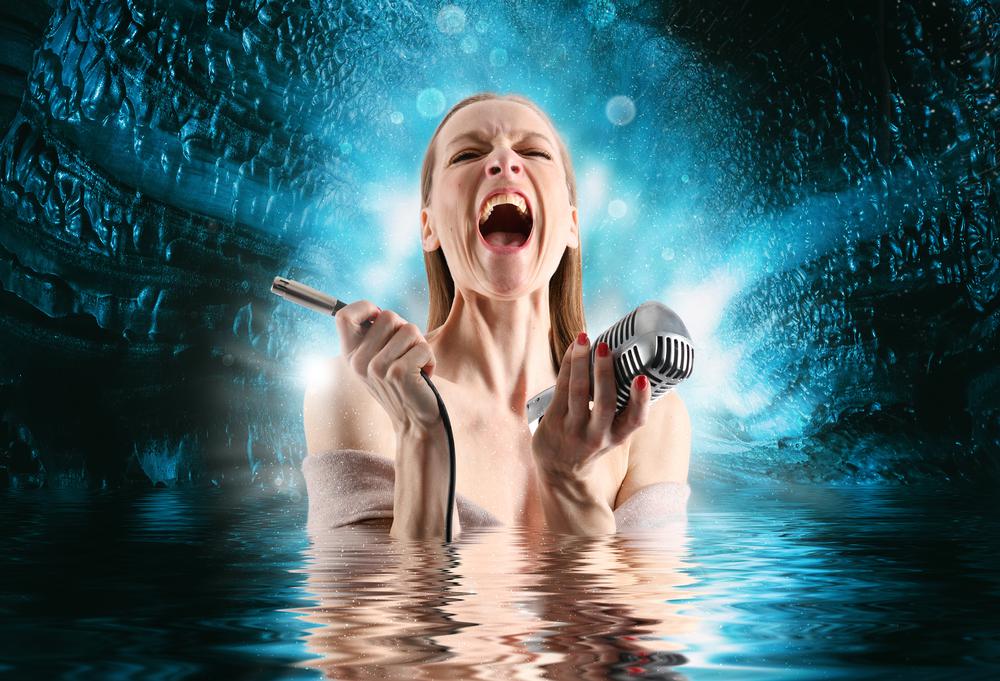 Sarah-Louise Young is the creator of two hit shows, Julie Madly Deeply and An Evening Without Kate Bush. She has performed in the West End and all around the world. But she has experienced sporadic voice loss and underwent surgery. This show explores what happened when she examined the reasons for voice loss and the industry’s attitude to surgery and asks questions about how our voice shapes identity, what happens when we lose it and the fear that comes with shame and the fear of speaking out. Sounds terrific.

When Jeda’s mother dies, she leaves her daughter a wooden box filled with stories and myths telling her she might have need of it. She does, but wresting it open proves tricky. Mara Menzies draws on her own heritage to tell a story of colonialism, migration and slavery.

Tim Crouch returns to the fringe with a solo show inspired by King Lear. In Shakespeare’s play the Fool disappears before the interval, before the very worst happens. But where does he go and what if he returned to a world where the worst has already happened and nobody wants to laugh at his jokes? Crouch explores the metaverse and a bankrupt world.

Sex addiction, trauma, intimacy and female sexuality come under the microscope in this play by writer and director Sam Potter. It is performed by Georgina Fairbanks as a woman whose life is turned upside down when she makes a complaint about being sexually harassed and loses her job as a result. 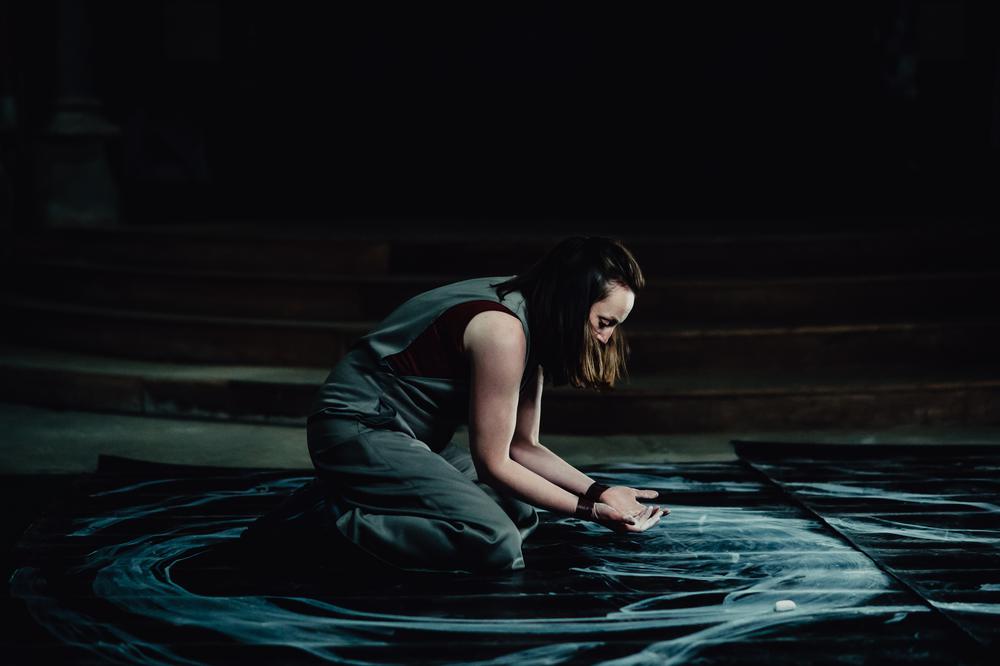 Birds of Passage in the Half Light (Gilded Balloon)

Inspired by the dark discoveries at Ireland’s Tuam Mother and Baby Home, the latest from Killymuck writer Kat Woods arrives in Edinburgh under the auspices of the excellent Tinderbox and explores the effect of faith on not just one woman but her female lineage.

Victoria Melody is the queen of theatrical quirkiness and arrives at Edinburgh with a string of brilliant shows behind her including Major Tom (about becoming a beauty queen), Hair Peace (exploring how hair extensions are sourced) and Ugly Chief performed with her dad about his terminal diagnosis that turned out not to be terminal at all. Documentary theatre drives work which goes to unexpected places and this one considers her attempts to do stand-up and neurodivergence. Expect a show which will be mischievous and willing to swerve into unexpected places.

The great Welsh storyteller Shon Dale-Jones returns to the festival with a piece that considers how times change, how theatre and our concerns and interests change too. In 2006 Dale-Jones created a memorable Edinburgh hit in Floating, a whimsical piece about the Isle of Anglesey floating away from mainland Britain. But that was then and this is now, a world of climate emergency, war in Ukraine, Black Lives Matter and growing inequality. How does the artist respond? How do we respond? 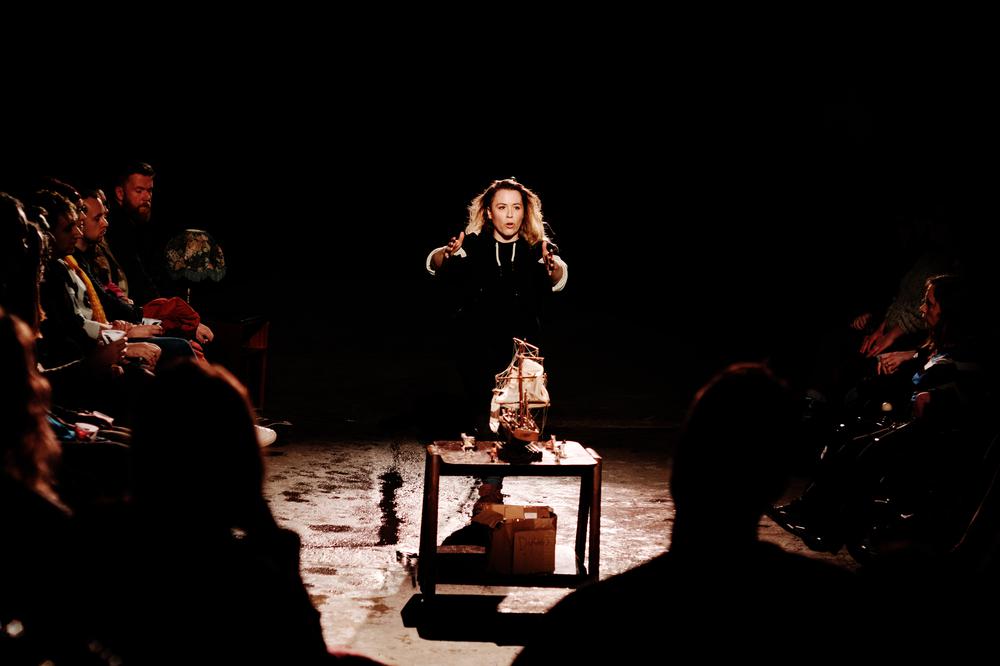 I still recall Casey Jay Andrews’ The Archive of Educated Hearts with such warmth and pleasure. So it's great to see her back at Edinburgh with two solo shows, playing on alternate dates. Andrews, who is also a designer working with Punchdrunk, returns with the storytelling hit, The Wild Unfeeling World, a hit in Edinburgh and Adelaide in 2019/20 and premieres A Place Which Belongs to Monsters which considers how girls are raised to be good girls and not express their anger. But what are the destructive consequences of this?

Joe Sellman-Leava had a hit with Labels, lost his way with Monster, but seems likely to compel in a piece which celebrates nerdiness and fandom. Drawing on a childhood obsession with Star Wars and The Muppet Christmas Carol, the show exposes the gap between our younger and older selves and how young men use pop culture and fandom as a retreat from the stresses and complexities of the real world.

Age is a Feeling (Summerhall)

I just loved Hayley McGee’s last show, The Ex-Boyfriend Yard Sale, which was both engaging and deep so I am really up for her latest, which explores the span of life from 25 to death and reminds us that we should seize the day. Inspired by interviews with hospice workers and mystics, it asks whether it is ever too late to lead the life we really want? Age is a Feeling also comes to Soho Theatre this September.

Holly Beasley-Garrigan’s wry, often raging, scattergun glimpse into the connections between four generations of working class women on a South London housing estate. Beasley-Garrigan brings each one vibrantly alive if only for a few moments and the real question here is whether the utterly engaging Beasley-Garrigan can deal with the fact that working in the arts and making a semi-autobiographical show “about the fetishization of the feral female” for what is likely to be largely middle-class audiences makes her part of the problem or the solution. I saw it at the Vault Festival in 2019 and really enjoyed. 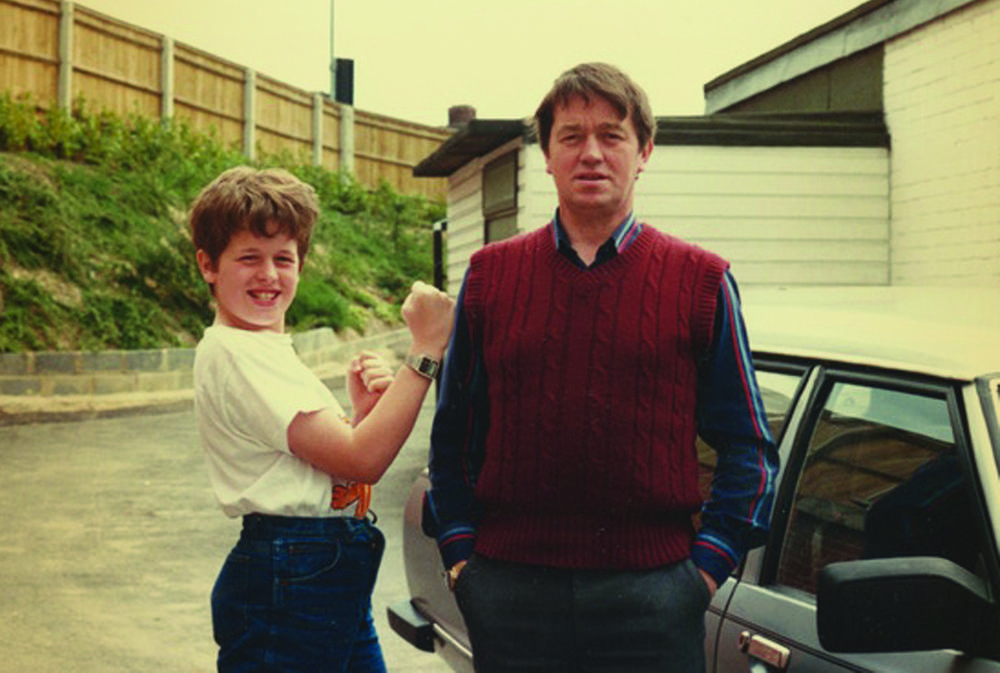 Photo of Daniel Hoffmann-Gill and his dad, Dave.

The latest from Midlands touring company New Perspectives, who have such a great Edinburgh track record, takes the form of an eulogy. Daniel Hoffmann-Gill expands on the eulogy he really did give for his dad, Dave, who died in 2015 from dementia and expands it to explore life, death, family, troubled relationships and the flaws and strengths of those closest to us. Expect gallows-humour, truth-telling and a celebration of life amidst death.

The History Boys’ Samuel Barnett stars in new play about an anxiety-ridden stand up who thinks he might have finally met Mr Right. Or could he be Mr Wrong, and if he is, what’s the solution. Barnett, plus the fact it’s directed by Matthew Xia and the producer is Francesca Moody, means this presses all the right buttons.

In what has been one of the hottest summers ever, Australian theatre-maker, David Finnigan—the son of a climate scientist—recalls what happened when his country caught fire. The piece poses some big questions: what is going to happen and how will it affect us, our children and our grandchildren. Finnigan takes the position we are all on the front line in the climate emergency. So what are we going to do?

Cover image from You're Safe Til 2024: Deep History which also comes to the Barbican in September. Photo by Sarah Walker.