Lyn Gardner suggests 12 circus, dance and physical theatre shows to check out in Edinburgh this August.

Is this list in any particular order? No, it’s not. Is this a definitive list? Absolutely not. There are over 3000 shows at this year’s festival, so choosing can be confusing. I’m trying to make it easier for you, but bear in mind out of any list a few will, despite my expectations, turn out to be duds, and there will be plenty I haven’t mentioned that turn out to be sublime. These are just the ones which have caught my eye, either because I’ve seen this show in some form or know the company or creatives' work, or because the company has good form at Edinburgh, or because they sound deliciously bonkers. 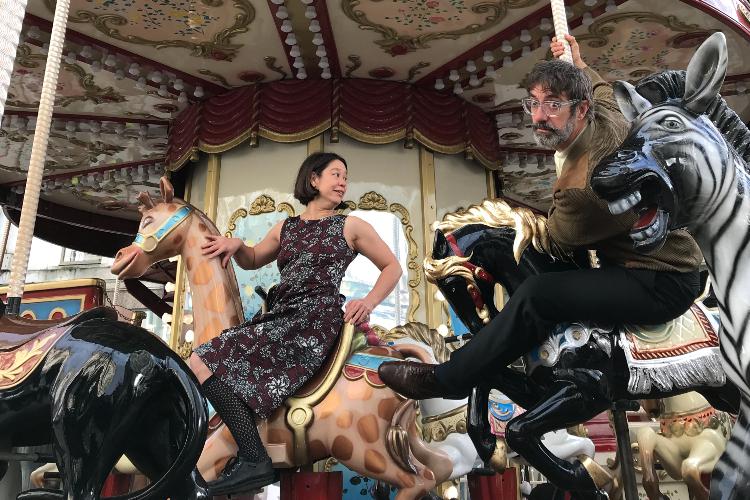 The Rest of Our Lives (Summerhall)

Jo Fong and George Orange, two artists with over 100 years of life experience between them, team up for a show which they describe as “a hope-filled cabaret of life and near death.” Dance, circus and theatre games are employed in a piece which explores how to live even as we know we are all dying, and the natural world around us is dying too.

Part of Made in Scotland, this contemporary circus show uses Chinese Pole circus skills to explore sexuality, faith and addiction as it tells the story of two queer men who meet through a dating app. But can they overcome their backgrounds to find happiness and be themselves?

You’ll probably remember Jean-Daniel Brousse from the brilliant Edinburgh acrobatic hit, Knot, which he made with Nikki Rummer, and also from Superfan’s award-winning Nosedive in The Pit. Here he returns to his childhood in rural France where he was born into a family that for four generations had been bakers. Brousse was expected to join the family business but instead he ran away to join the circus. But now he joins forces with director Ursula Martinez to create a solo show infused with the smell of bread as he charts what it was like to grow up queer in provincial France. 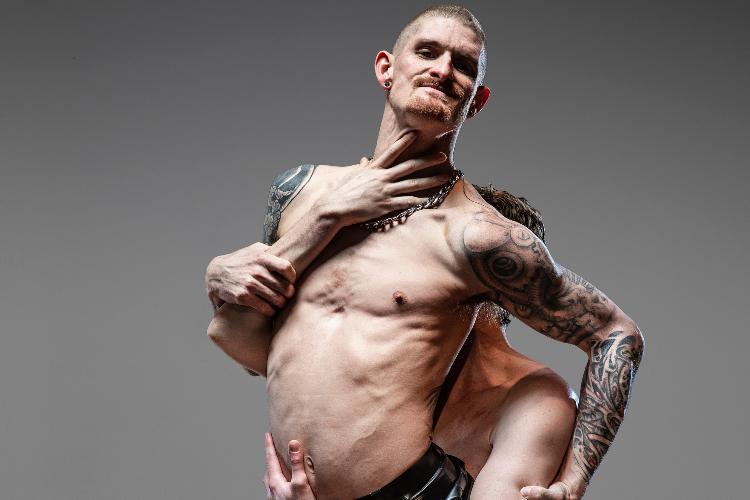 The Dan Daw Show (Dance Base)

Disabled artist and dancer Dan Daw invites us to consider his body, our attitude towards bodies, desire, kink, and consent and care. And the result, judging by reactions to the piece when it was seen at Battersea Arts Centre, is one of pleasure and joy and a good few laughs too. Daw seizes the moment and shows us his body and himself. Without shame.

How do we re-join the dance in the wake of tragedy? Or do we always stay apart? Arriving in Edinburgh as part of the Horizon showcase, Jaz Woodcock-Stewart and Morgann Runacre-Temple’s dance-theatre piece is strange and absorbing, and if it looked prescient when first seen on the fringe in 2019 in its quiet suggestion of the need to move beyond grief to build a new world, it now looks even more pertinent in the face of pandemic and climate emergency.

Can't make it to the fringe this August? Civilisation also comes to Shoreditch Town Hall this September.

What happens when the party’s over? When the final drink has been drunk and things are winding down. Is exhilaration replaced by regret? What do we hold onto, what do we try to leave behind? Belgium contemporary dance company, Whooshing Machine, show us the last dance and final waltz of memory. Last time the company were here in 2016 they came away with a Total Theatre Award and more. 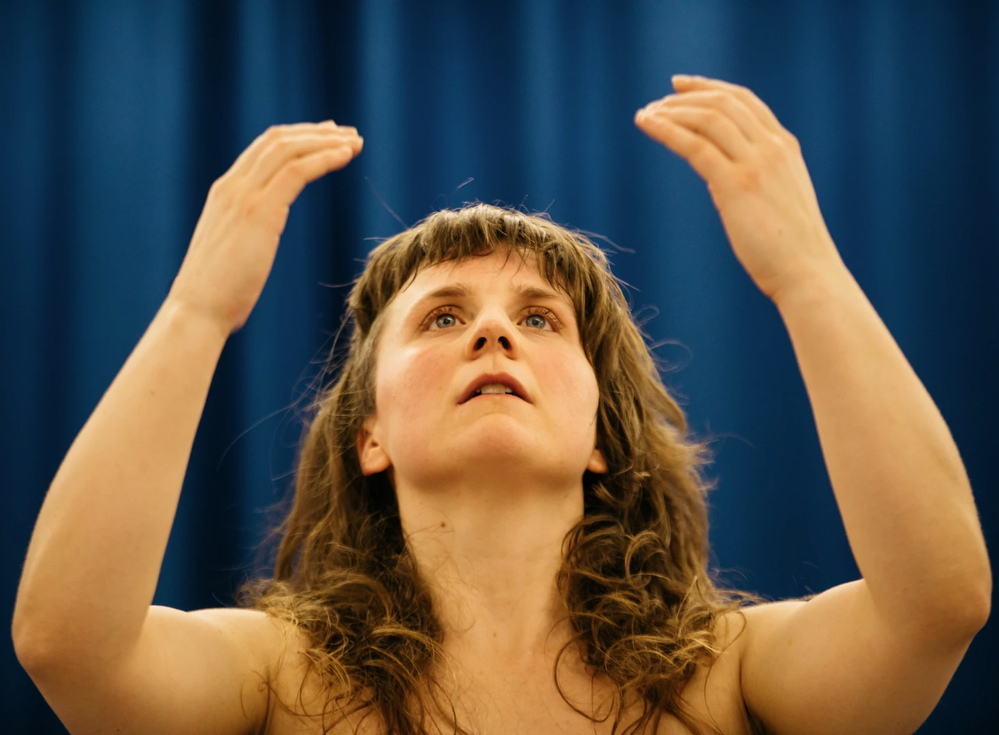 Pain and I (Summerhall)

Sarah Hopfinger employs text and choreography to explore her personal relationship to pain and consider whether pain has anything to teach us about ourselves and our relationship to the world.

An Eve and an Adam (Dance Base)

There is no need for any fig leaves in this dance piece which arrives in Edinburgh as part of the Danish showcase and tries to reclaim nudity. Performed entirely naked, it’s a duet which tries to make us unremember all those pornographic or semi-clad sexy images that are plastered all over billboards, pop videos, TV shows and the internet. Why is it that we so often feel quite comfortable with them, but not with the body in its natural state?

Eat your hearts out Torvil and Dean with this deconstructed version of Ravel’s famous piece of music featuring eight musicians playing cellos and nine dancers. The piece builds and builds to create a trance like state. 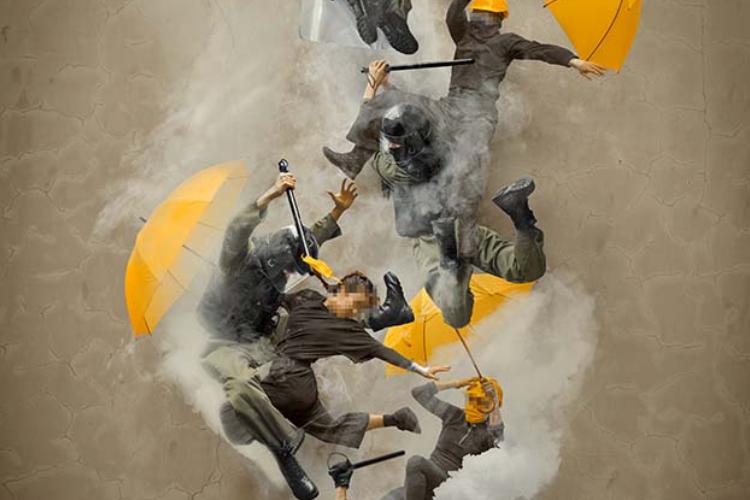 This is Not a Show About Hong Kong (Underbelly)

One of the winners of this year’s New Diorama/Underbelly Untapped Award, which has produced some real gems in previous years, is billed as a visually stunning piece of dance theatre. If performed in Hong Kong, all involved would face prosecution because of the National Security Bill. Except of course it's not about that, or about the loss of freedom or the feeling of hoplessness. Because they would be all too dangerous to articulate, so the show is one thing that is actually another.

Yolanda Mercy, whose breakthrough show was Quarter Life Crisis at Edinburgh in 2017, asks who is allowed to join the dance and who isn’t. What if like Mercy you have a plus-sized body. Does contemporary dance offer you a welcome or are you seen to be taking up too much space? Produced by The Place, the home of contemporary dance, Mercy writes, choreographs and directs a show that questions the way we view the body and inspires everyone to take to the dance floor.