Immerse yourself in Agatha Christie's thrilling courtroom drama inside the spectacular London County Hall and experience the enthralling story of justice, passion and betrayal in this magnificent courtroom setting.

The play follows Leonard Vole who's been accused of killing a widow to inherit her money. The stakes are high... there's a shocking testimony by a witness... will he be able to convince the jury, and you, that he is innocent? Will he escape the hangman’s noose?

Witness For The Prosecution London

Leonard Vole is accused of murder and you have been summoned for jury duty. If he’s found guilty, he’ll be sent to the gallows. But if he’s found innocent, you may well be turning a murderer loose on the streets of London.

First opening in 1953, Agatha Christie’s acclaimed whodunnit drama Witness For The Prosecution returns for a stunning revival in a real courtroom: the Council Chamber in the London County Hall. Watch the mystery unfold in this spectacular Grade II listed building as Leonard and other witnesses take the stand for the fight of their life.

Praise for Witness For The Prosecution

The Witness For The Prosecution play was originally based on Christie’s short story “Traitor’s Hands”, and its adaptation won the Mystery Writers of America for Best Mystery Play. The London show has been nominated for Best Revival at the Laurence Olivier Awards and opened in 2017 to rave reviews.

The Daily Mail and The Arts Desk both gave the play five stars, describing it as “criminally good” and “guilty of being a good night out.” The immersive setting has drawn particular praise, with The Guardian saying “Agatha Christie’s ingenious courtroom drama fits perfectly in County Hall”. “The perfect setting,” agrees Time Out. “A deliciously enjoyable revival.”

Creative & Cast of Witness For The Prosecution

Witness For The Prosecution comes from the Oliver Award-winning duo of Eleanor Lloyd Productions and Rebecca Stafford Productions. Experienced in immersive theatre, this team brings Christie’s courtroom mystery to life with both immersive and interactive elements.

Acclaimed husband-and-wife team Lucy Bailey and William Dudley direct and design the play. Bailey is known as the co-founder of the venue The Print Room and for her celebrated productions at The Globe and throughout the West End. Dudley is a multi-Olivier Award, BAFTA Award, and Molière Award-winning designer who has worked extensively with the RSC.

Harry Reid returns to the role of Leonard Vole, which he played at County Hall in 2018. Reid is known to TV audiences for his work in EastEnders and says of the character: “It's a very interesting part to play, and the story keeps you guessing until the end."

Witness For The Prosecution Tickets

Witness For The Prosecution is performed at County Hall London on the South Bank every Tuesday to Saturday at 7.30 pm, with matinees at 2.30 pm every Thursday and Saturday and at 3 pm on Sundays. The show is two hours and 15 minutes long with a 20-minute interval.

Tickets are available for all seats in the gallery, including VIP tickets for the jury box. Those seated amongst the jury will enjoy additional interactive elements of the play, including being tasked with giving the verdict!

Don’t be guilty of missing out on this fantastic show — grab your tickets now.

This is popular entertainment at its best

A breath-taking venue and captivating cast

This serpentine classic is perfectly placed in every sense

The story is engrossing 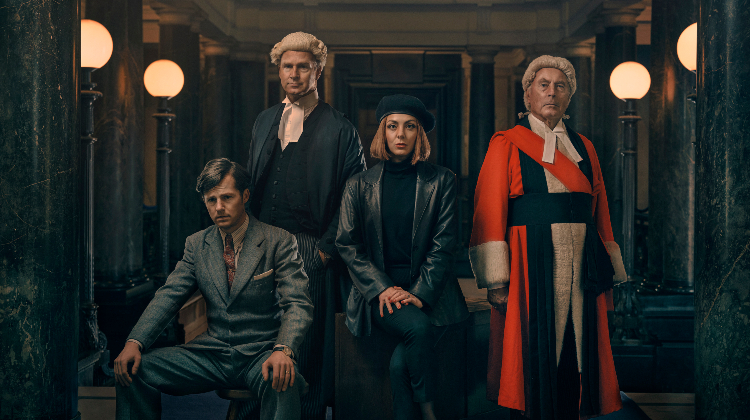