Mozart’s comedy is a whirlwind of mistaken identities and twists and turns, taking place on a single crazy day – the wedding day of Figaro and Susanna.

When their philandering master, Count Almaviva, is determined to bed Susanna before she is wed, Figaro and Susanna conspire with the rejected Countess to outwit him. General mayhem ensues, ending with the Count receiving a lesson in marital fidelity he’ll never forget.

ENO Harewood Artist Božidar Smiljanić makes his role debut as Figaro, with a cast that includes sopranos Louise Alder and Sophie Bevan, and company favourites Andrew Shore and Susan Bickley.
From the first notes of the bustling Overture, Mozart’s psychologically complex story portrays the women as wiser, shrewder and more civilised than the men.

One of the most gifted directors of his generation, Joe Hill-Gibbins makes his main stage debut at ENO alongside conductor Kevin John Edusei. 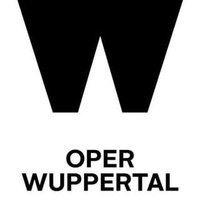