My Fair Lady is the ultimate rags-to-riches fairytale, following a scrappy cockney flower girl who gets swept off the streets by Professor Higgins, who wants to transform her into a well-spoken lady.

My Fair Lady dazzled audiences on its 1956 Broadway premiere, but things have changed quite a bit since then - which is why leading American director Bartlett Sher's fresh revival is so welcome. Originally premiering at New York's Lincoln Center in 2018, it's now coming to London's West End in Summer 2022, ready to delight audiences with a newly empowered heroine, swooningly romantic songs, and smart perspectives on class and gender.

This production of My Fair Lady is the first to open in the West End for over 21 years, and it's sure to delight audiences who've got a soft spot for the 1964 film, starring Audrey Hepburn as its plucky lead. Casting for this London revival is yet to be confirmed, but we do know that it will feature the English National Opera's orchestra playing Frederick Loewe and Alan Jay Lerner's ravishing score, feature much-loved numbers including 'Wouldn't It Be Loverly', 'I Could Have Danced All Night', 'The Rain in Spain', and 'Get Me to the Church On Time'. As you'd expect from a Broadway production, the staging is lavish, featuring a revolving house that the performers move through as they sing, as well as beautifully realised crowd scenes that bring to life the contrasting grimy streets of East London, and the sophisticated world of the Ascot races.

Don't miss out on tickets to My Fair Lady as it pays a long-awaited visit to London's West End: it's time to see this nostalgic favourite in a whole new light. 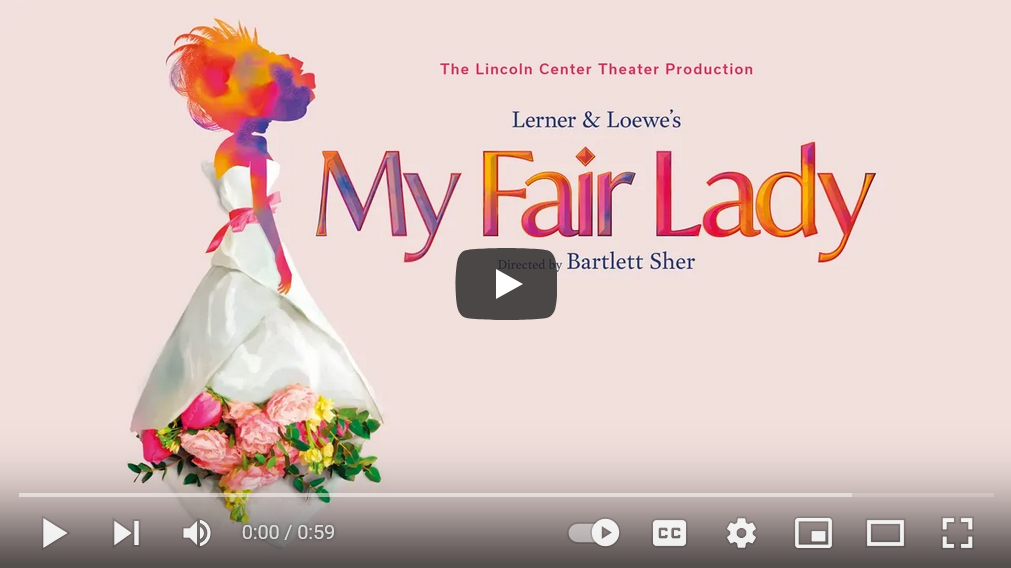