Lyn Gardner
29 April 2020  ·  Follow on Stagedoor
“I first experienced Lundahl and Seitl’s extraordinary show in 2011 in Birmingham and it was at the Royal Academy as part of the London International Festival of Theatre in 2014. It is a piece that took you into an art gallery and then through canny use of headphones and touch led you deep into a missing room in the gallery. Does it really exist? Or is it all in the mind? It was like having a private dream in a public space. Now in a new digital version you and a partner can try and recreate the experience in a domestic setting via a download. I haven’t done it, but it certainly sounds way more interesting than some of the more passive experiences of watching theatre which are currently available online.”

With this app downloaded on your phone you get to experience an immersive artwork inside your home. The work: Symphony of a Missing Room, was first exhibited in 2009 at the National Museum, Sweden (produced by Weld) reflecting the museum as a phenomenon, and architecture.

Like a ‘waste-mould-cast’ it activates a symbiotic state between the artwork's perceptual triggers, its museum visitors and the prevailing environment, leaving only experience and memories behind. For over 10 years, the work continued to be shown internationally, opening up new formats and collaborations in the museum environment. Through the years the work started reflecting back on itself, even catching a glimpse of itself. Symphony had become a work of art collecting museums. By incorporating its environments as part of its body, Symphony gradually made itself independent of the institutions where it was conceived.

**You will need to download an app to participate in this experience. Tap the 'Watch Now' button for links. 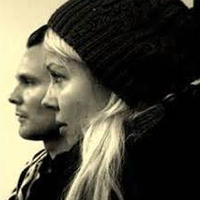