Whether glorified or vilified, Columbus, by his accidental ‘discovery’ of the so-called New World, gave a kickstart to globalisation, bridging Europe, Africa, Asia and the Americas, and joining forever the fates of these separate hemispheres and eco-systems.

Telescoping the voyages, John Agard brings his irreverential wit from page to stage, fusing elements of calypso, cabaret and the absurd, as he variously takes on the voices of Columbus, The Atlantic, a native shaman and The Mighty Mosquito!

Written in verse with a sprinkling of songs and performed against a background soundscape of Atlantic murmurings and symphonic mosquito buzzing, Agard takes us on a fantastical, fanatical historic voyage that still bears relevance to contemporary issues. 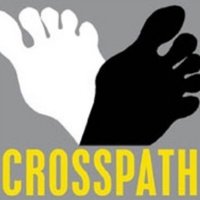