To celebrate the 125th anniversary of the first publication of Oscar Wilde's seminal novel, Another Soup are bringing their award-winning immersive new musical to the King's Head Theatre this March-April. Showcasing their renowned 'Brechtian immersion', Another Soup invite you into the debauched and debased world of Dorian Gray. Having debuted at the Edinburgh Fringe alongside a new immersive version of the classic Sweeney Todd tale, Another Soup are now flinging their doors open wide to a waiting London audience.

With original music and a small cast tackling a multiplicity of roles, Dorian Gray welcomes audiences to submerge themselves in the salaciousness of the late 19th century. Composer, Jo Turner's songs will remain spinning in your head for weeks, or even months to come, meaning that the lessons you learn in the lurid locales of Mr Gray's London will haunt you and keep you awake at night, long into the summer.

Celebrating the text in its original condition, before the cruel and hypocritical censorship of the Victorian age had its wicked way with it, this version of Dorian Gray chronicles the hidden vice and sin that lurked beneath the painted surface of Victorian society. 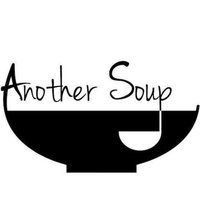