The Doctor needs you! The Earth as we know it is at stake. Now is the time for you to step up and be the hero.

A weapon of unknown origin destroys a small corner of Mayfair, opening a rift in space and time. For decades, a group of loyal members of the long-thought-disbanded Unified Intelligence Taskforce - or UNIT for short - have fought undetected to protect the people of Earth from the dangers it poses. Until now they have managed to protect them from the threat the rift poses but, weakened and beaten back as the Time Fracture grows out of control, they’re now close to defeat.

With 43 live actors and 17 different worlds to explore, you will take an epic journey across space and time, travel to exciting places, confronting menacing monsters and ancient aliens along the way - all while you battle to save all of existence!

This immersive ‘Doctor Who’ adventure is hardly out of this world, but it’s a fun themed night out

A very fun night out

A TARDIS-full of fun for everyone

A close encounter with cosmic anarchy. A visceral thrill.

Mostly a waste of time and space

A shambling, tacky trip into space

* This production is suitable for ages 8+. Under 16s must be accompanied by an adult.

* This production will feature strobe lighting and haze effects.

**Promo codes can not be applied on this show**
Runtime: 2 hrs 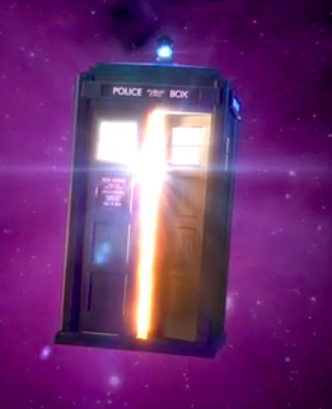 Interview: Rebecca Brower, the production designer who's creating the world of Doctor Who: Time Fracture