Andrew Lloyd Webber’s The Phantom of the Opera has returned to its home, Her Majesty’s Theatre and is now celebrating its 35th anniversary in London’s West End.

THE PHANTOM OF THE OPERA is widely considered one of the most beautiful and spectacular productions in history. Andrew Lloyd Webber’s romantic, haunting and soaring score includes Music of the Night, All I Ask of You, Wishing You Were Somehow Here Again, Masquerade and the iconic title song. It tells the tale of a disfigured musical genius known only as ‘The Phantom’ who haunts the depths of the Paris Opera House. Mesmerised by the talents and beauty of a young soprano – Christine, the Phantom lures her as his protégé and falls fiercely in love with her. Unaware of Christine’s love for Raoul, the Phantom’s obsession sets the scene for a dramatic turn of events where jealousy, madness and passions collide.

The Phantom of the Opera

And in this labyrinth, where night is blind, The Phantom of the Opera is here, inside your mind…

This timeless story of passion and obsession is one of the world’s most successful entertainment events in history, translated into 17 different languages and produced in 41 countries around the world. Now, after celebrating its 35th anniversary on the West End, Andrew Lloyd Webber’s astonishing spectacular is back at its inaugural home, Her Majesty’s Theatre London.

“The staging has never looked more spectacular.” — the Sunday Express.

The Phantom of the Opera London

Phantom is currently the second longest-running musical on the West End after Les Mis and was voted “The Best West End Musical of All Time” in a 2020 survey by the Independent. The show’s London iteration has won four Olivier Awards as well as the Evening Standard Award for Best Musical.

The most recent version of The Phantom of the Opera in London has been described by Douglas Mayo of British Theatre as “the closest I’ve seen it to perfect in many years”. Retaining all the charm and spectacle of previous performances, director Seth Sklar-Heyn brings warmth and humour to proceedings at Her Majesty’s Theatre — giving the show dynamic new depths.

The enduring tale remains the same, however; the shunned and tortured composer dwelling somewhere between dreams and a candle-lit lair deep beneath the Paris Opera House; the mysterious new ingenue, Christine, who accepts a dangerous gift from the “Angel of Music”; and the handsome young Vicomte whose love for Christine could spell both their downfall and the downfall of the entire Opera House itself.

Throughout, Charles Hart’s unforgettable Phantom of the Opera lyrics endure. The cast breathes fresh life into world-famous hits like Music of the Night, All I Ask of You, Wishing You Were Somehow Here Again, and Masquerade.

The Phantom of the Opera Cast & Creatives

Following in the footsteps of West End legends such as Michael Crawford, Ramin Karimloo, Earl Carpenter, and John Owen-Jones, double Olivier Award-nominated actor Killian Donnelly dons the Phantom’s mask. Donnelly has starred in Les Mis, Billy Elliot: The Musical, and Kinky Boots, and joins the Phantom cast for the third time, having previously played Raoul as well as the lead role in The Phantom of the Opera UK Tour.

Lucy St. Louis takes on the role of Christine, made famous by the likes of Sarah Brightman, Sierra Boggess, and Kelly Mathieson. St. Louis’ prior appearances include Ragtime, The Book of Mormon, Beautiful: The Carole King Musical, and Man of La Mancha, and her performance has been described as a “breath of fresh air” by British Theatre.

The Phantom of the Opera is produced by Cameron Mackintosh for the Really Useful Group with adapted staging and choreography by Chrissie Cartwright and set design by Matt Kinley — updated from and inspired by the original award-winning design by Maria Bjornson.

The Phantom of the Opera London Tickets

The Phantom of the Opera tickets are currently on sale until March 2023. Performances take place every Monday - Saturday at 7.30 pm, with 2.30 pm matinees every Wednesday and Saturday. The show is two and a half hours with one interval.

Get your tickets now; the Phantom awaits…

A whole night of highlights

A beguiling blend of deft pastiche and full-blown romanticism

Lloyd Webber’s epic tearjerker is back in all its kitsch, gothic glory

There’s no question that it’s still wild, it’s still joyous, and it’s still deserved of its place as the pride of the West End

Holly-Anne Hull
Christine at some performances 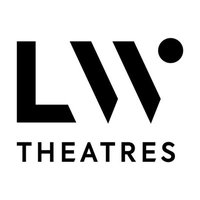 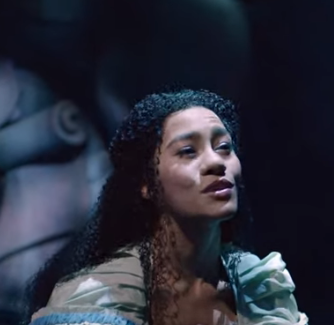