Lyn Gardner
13 June 2022  ·  Follow on Stagedoor
“Roy Williams’ Death of England: Delroy re-opened the National Theatre as theatre came back after the Covid restrictions. Now it’s Hampstead Theatre that nabs his latest play, which tells of two sisters whose mother was part of the Windrush generation. In 1980s Britain they were both politically active but now one cares for their dying mother while the other is a successful lawyer having an affair with a married politician. Williams’ family drama explores how history impacts on the present and shapes the future as the sisters find out whether they still have enough in common not to be driven apart.”

"Where’s the glory Mum? Where’s that perfect world for us, your kids?"

Children of the Windrush generation, sisters Dawn and Marcia Adams grew up in 1980s London and were activists on the front line against the multiple injustices of that time. Decades on, they find they have little in common beyond family... Dawn struggles to care for their dying mother, whilst her one surviving son is drifting away from her. Meanwhile, high-flying lawyer Marcia’s affair with a married politician might be about to explode and destroy her career. Can the Adams sisters navigate the turmoil that lies ahead, leave the past behind, and seize the future with the bond between them still intact?

The world premiere of Roy Williams’ The Fellowship, directed by Paulette Randall, is, by turns, an electrifying, hilarious, gripping tale set in modern Britain.

A moving and hard-hitting family portrait

It is richly complex in its themes

A great idea for a play

Incendiary material that doesn’t quite ignite

One thing this play is not lacking is ambition 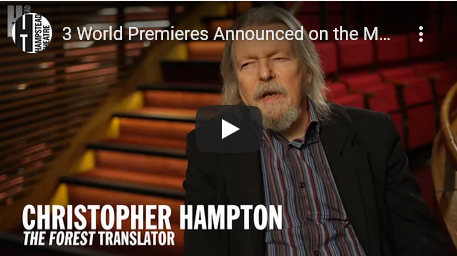