Lyn Gardner
26 October 2018  ·  Follow on Stagedoor
“When life throws burgers at you what do you? Travis Alabanza fights back in angry, funny and heart-breaking show in which cooking a burger from scratch is a way of taking back control after an incident in 2016 in which someone threw a burger in Alabanza’s face while shouting “Tranny”. Around 100 people saw and nobody did anything. Now we are made to watch - and do so with awe - as Alabanza brings a white cis-gendered man on stage and they cook a burger from scratch. A terrific, tricky and layered show about complicity, fighting back and how quickly our silence becomes someone else’s danger.”

After someone threw a burger at them and called them faggot, performance artist Travis Alabanza became obsessed with burgers.

How they are made, how they feel, and smell. How they travel through the air. How the mayonnaise feels on your skin.

This show is the climax of their obsession – exploring how trans bodies survive and how, by them reclaiming an act of violence, we can address our own complicity.

Carving out a place for themselves as one of the UK’s prominent trans voices, Alabanza presents a performance that is timely, unsettling and powerful.

Travis Alabanza’s show about trans visibility is heartfelt, stylish and a bit frustrating

Burgerz is an unpacking of gender, or violence which needs to lean into itself, and let us lean in too. 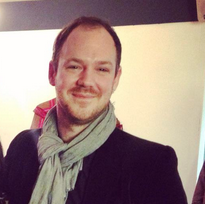