Amongst his stings, Backhouse tricked the British Government over an arms deal, John Brown’s Shipyard over a large quantity of battleships and the American Banknote Company regarding an order for printing one hundred million banknotes.

Co-author Jeremy Cantwell, scholar and ex-BBC librarian, had access to the Bodleian Library in Oxford in order to research the story. Between 1913 and 1923 the Bodleian was in receipt of over eight tons of Chinese manuscripts from Sir Edmund in an attempt by him to receive a professorship in return, however it is widely believed the documents were forgeries by Backhouse, much like the rest of his fantastic life.

Best known for his appearances in Men Behaving Badly as George, director Ian Lindsay has had a career on stage and screen stretching back five decades. He has played roles in TV favourites such as Z Cars, Boon, Forever Green, Casualty, Peak Practice, EastEnders, Coronation Street, Benidorm and many more. On the big screen Ian appeared in Mike Bassett: England Manager, The Tall Guy and Little Dorrit. He is the best selling author of How to Kill a Yob. 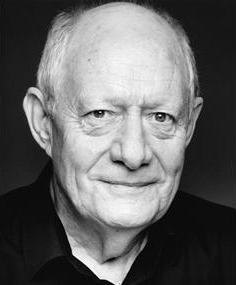