Andy Hamilton is one of Britain's best loved comedy performers and writers.

His extensive professional career in comedy began in 1976 as a contributor to Radio 4's Week Ending and he's picked up a raft of awards for co-writing and co-directing household TV classics.

During the past few years Andy and his writing partner Guy Jenkin have co-created, written and directed the political comedies Ballot Monkeys and Power Monkeys for Channel 4; the hit BBC 1 sitcom Outnumbered and the acclaimed UK feature film What We Did on Our Holiday. Their impressive back catalogue also includes Channel 4's Drop The Dead Donkey. Andy's other TV work includes writing sketches for Not the Nine O'Clock News, Alas Smith and Jones and The Armstrong and Miller Show, and he pops up from time to time on TV shows such as Have I Got News For You and QI.

Andy is renowned for starring as Satan in his long-running BBC Radio 4 sitcom Old Harry's Game, in Andy Hamilton Sort of Remembers, and as a regular panellist on The News Quiz and guest panellist on I'm Sorry I Haven't A Clue. He is also a creative force behind Revolting People and Trevor's World of Sport.

In this special one-off performance, audiences will have the opportunity to ask questions of Andy on any subject – during both halves of the show. 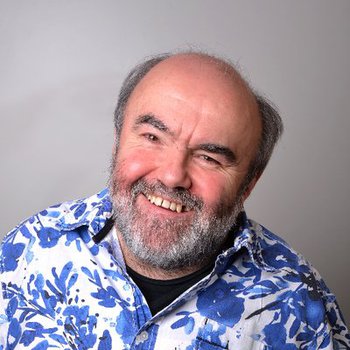