Lyn Gardner
29 September 2020  ·  Follow on Stagedoor
“It might seem a little crazy to open a new theatre in the middle of a pandemic, but that’s exactly what the Golden Goose in Camberwell is. It’s interesting the way that small venues such as the Goose, the Garden at the Eagle and the Tristan Bates have been able to operate in a way that has eluded their much bigger and better resourced counterparts. The theatre opens in mid-October with a very good show indeed. Mark Lockyer’s solo piece delves deep to tell the story of how while playing Mercutio for the RSC in 1995 Lockyer, suffering from undiagnosed bi-polar disorder, thought he had met the devil on the banks of the Avon. It’s an insightful, entertaining and brutal show about mental health and finding a way back to health.”

Meet Mark.
The thing is I’ve got myself into a bit of a mess...

Mark’s an actor.
I keep forgetting my lines. I’ve left my girlfriend and I’m beginning to stink.

Mark was an actor.
And to make matters worse I’ve met the Devil.

Hilarious, touching and utterly bonkers, Living with the Lights On is a gripping story of a life lived at the edge.

Living with the Lights On is a critically acclaimed play written and performed by Mark Lockyer. 30 years ago, Mark was a promising young actor getting juicy roles at the National and the RSC. Then, one summer in Stratford, his world fell apart.

During a performance of Romeo and Juliet, Mark – playing the mercurial Mercutio – had a breakdown.

This is a play about surviving and living with bi-polar disorder. We go on a moving – and often absurdly hilarious - journey with Mark through relationship breakdown, encounters with the justice system and the mental health system. It’s a story filled with humour, tragedy
– and a happy ending. 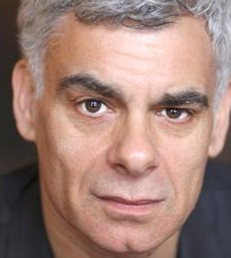