The Lion, the Witch and the Wardrobe has been wowing audiences around the UK and Ireland, and will now make its West End premiere this summer at the Gillian Lynne Theatre. Critcs described it as ‘a must-see production - an exceptional re-imagining of a treasured story to bewitch and beguile the whole family.’

Step through the wardrobe into the magical kingdom of Narnia. Join Susan, Lucy, Peter and Edmund as they embark on a magical journey in a frozen, faraway land, waving goodbye to wartime Britain. There, they meet Mr Tumnus the faun, talking beavers, Aslan (the noble king of Narnia) and the coldest, most evil White Witch.

The classic book has been engrossing readers of all ages for over 70 years, it has sold 85 million copies in 60 languages and is one of the 10 best-selling books of all time.

Voted the nation's favourite novel, The Lion, the Witch and the Wardrobe is coming to the West End stage this summer, starring Samantha Womack as the White Witch. It is guaranteed to delight audiences, young and old!

Availability is limited. Get tickets to The Lion, the Witch and the Wardrobe today to avoid disappointment!

The Lion the Witch and the Wardrobe Tickets

The Lion, the Witch and The Wardrobe theatre production brings the much-loved story to life in London’s West End. In front of your eyes you will see the kingdom of Narnia with all its magical creatures. The whole family will find themselves rooting for the four Pevensie children, Lucy, Peter, Susan and Edmund in their battle to save their friends – including faun Mr Tumnus and Mr and Mrs Beaver, from the icy clutches of the wicked White Witch. Luckily they have help from a mysterious lion: Aslan, the real king of Narnia. You'll delight in the incredible special effects, puppetry and sets, all combining to transport you through the wardrobe to another land where enchantment is possible.

The Lion, the Witch and The Wardrobe tickets are now available to pre-book for this summer, and it’s one for all ages to enjoy.

The Lion the Witch and the Wardrobe

Following its smashing success on tour, The Lion, the Witch and The Wardrobe comes to the Gillian Lynne theatre on Drury Lane, London from 18 July 2022 until 8 January 2023.

Not only is C.S Lewis’s timeless story of the magical adventures of four children transported from wartime Britain to the land of Narnia, one of the best-selling children's books of all time, but you’ll be seeing a spectacular theatre production that has had rave reviews. The Metro says “A spellbinding Narnia…It’s spectacular” while the Times dubs it “Awe-inspiring. Will enthral adults and children alike”. The Londonist calls it “Uplifting, funny and truly magical”.

The Lion the Witch and the Wardrobe London Cast & Creatives

Leading the The Lion the Witch and the Wardrobe cast is Samantha Womack as the White Witch, with Chris Jared as Aslan and Jez Unwin as the Narnia characters, the Pevensie children are played by Karise Yansen as Lucy, Ammar Duffus as Peter, with further casting to be announced.

The Lion, the Witch and The Wardrobe is directed by Michael Fentiman and is based on the original production by Sally Cookson. Composers are Benji Bower and Barnaby Race. Tom Paris designed sets and costumes, and lighting design is by Jack Knowles. Choreography is by Shannelle ‘Tali’ Fergus and puppetry direction is by Toby Olié, with puppets designed by Max Humphries. Aerial Director Gwen Hales and Illusionist Chris Fisher lend their expertise.

The Lion the Witch and the Wardrobe tickets are Up for Grabs Now!

Luckily you don’t need to travel to Narnia, get your tickets to The Lion the Witch and the Wardrobe now and let the magic come to you. All the family will be talking about this special show for years to come.

A magical, modern take on the classic Narnia story

A fantastic show that will doubtless please adults and wow children

A fantastic visual treat for children aged eight to eighty

There's no denying its charm

A fantastical, and functional, trip to Narnia 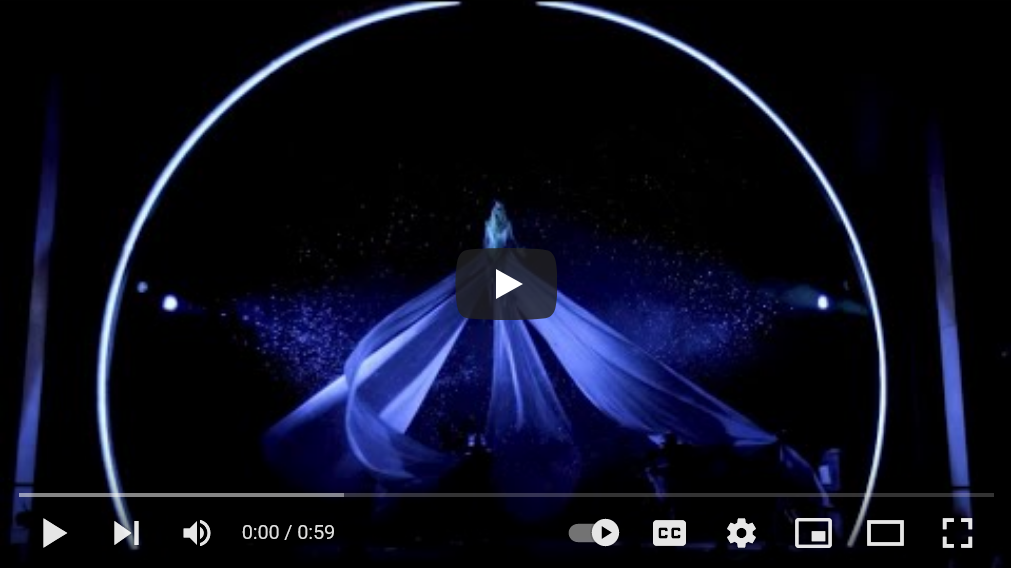