Andrew Lloyd Webber's newest musical Cinderella is a gritty delight, putting a feminist spin on the story you already know and love. This fresh West End musical stars Carrie Hope Fletcher as Cinderella, the young woman at the centre of a rags-to-riches fairytale. This show has a book by Emerald Fennell (writer of movie 'Promising Young Woman') and lyrics by David Zippel (City of Angels).

Cinderella landed rave reviews when it opened in August 2021. The Guardian's ★★★★★ review called it "not so much a ball as a blast", praising its "relatable, down-to-earth heroes". Similarly, Evening Standard was a fan of its "sassy, snarky" approach to fairytale tropes.

In this unexpected take on a classic tale, Cinderella is a rebellious goth, not a simpering damsel. She sings powerful rock ballad numbers like her anthem 'Bad Cinderella' or 'I Know I Have A Heart'. She's the only outlier in Belleville, a picture-perfect town where everyone is impossibly beautiful but horribly shallow, including the not-so-Ugly Sisters. Then, Prince Charming goes missing, setting the stage for an unexpected love story that defies fairytale convention.

Get tickets to the West End's Cinderella and you'll be part of West End history: there are innovations and surprises including a moving seating stand, designed to thrill both adult and child audiences. Cinderella is suitable for everyone aged six-plus: don't miss a spin at this dazzling musical show.

Fletcher is great, terrific with a quip and with a voice like an angel

Not so much a ball as a blast

A triumph of catchy songs and fabulous wigs

It certainly does bewitch the audience

A flamboyant, joyous and smart show

The revisionist fairytale we all need

Happy ever after for Andrew Lloyd Webber's long-awaited show

A spectacular show that hits and misses

Replaces magic, miracles and enchantment with misogyny, machismo and eroticism 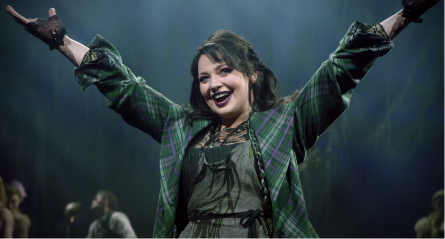