With twelve years as an Edinburgh Festival must-see phenomenon, a critically acclaimed West End run and an Olivier Award to their name, The Showstoppers have blazed a trail in world class improvised comedy and delighted audiences across the globe. Now, with well over 1000 performances under their belts, they’re back in a new home at the Garrick Theatre for a limited run of singular, one-night-only musical extravaganzas.

The Showstoppers transform your suggestions – for setting, musical styles, show title and more – into an entirely different show every single night! Guaranteed to impress, they create shows packed with high drama, superb lyrics, dazzling dance routines and catchy melodies – it’s just entirely made up on the spot!

Every Showstopper! performance is a brand-new musical West End hit waiting to happen – whether it’s under social distancing or not! – so don’t miss out!

This is lighthearted British entertainment at its best

The evening was full of variety 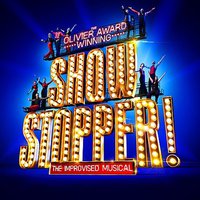