Lyn Gardner
21 November 2022  ·  Follow on Stagedoor
“Virginia Woolf’s glorious literary romp takes to the stage in a new version by Neil Bartlett and directed by Michael Grandage. It reunites Grandage with Emma Corrin (last seen on the West End stage in Anna X) who also starred in his movie, The Policeman. There is a great supporting cast too including the wonderful Deborah Findlay. So get your skates on to see a show that time travels over 400 years from the Court of Elizabeth I to the present day, moves from a frozen Thames to a blazing Constantinople, and features a giddy gender fluid hero/heroine on an outrageous adventure to discover the self.”

Orlando comes the Garrick Theatre this November for a strictly limited season.

Following their Olivier Award nominated performance in Anna X (Harold Pinter Theatre), Emma Corrin (The Crown) returns to the West End to play Orlando - leading an eleven-strong company in a bold new staging of one of the most surprising stories in the English language. Emma Corrin reunites with director Michael Grandage after their recent collaboration on the feature film My Policeman for Amazon.

Neil Bartlett’s joyous retelling of Virginia Woolf’s modern masterpiece tells a story like no other. Born in the reign of Elizabeth I, its hero-heroine journeys through five centuries and a myriad of encounters in search of the answer to just one question; how do any of us find the courage to truly be ourselves?

Michael Grandage said, “Neil Bartlett’s joyous new adaptation of Virginia Woolf’s Orlando dances through time and gender, challenging us to remember that nothing really matters except the courage to be yourself. It is one of the most surprising stories in the English language, and with its inspiring vision of all bodies having equal rights to love, I’m delighted that MGC is returning to the West End with Emma Corrin to bring this timely story to a whole new audience.”

An inspiring vision of all bodies having equal rights to love.

“I am sick to death of this particular self. I want another.”

This winter, Emma Corrin lays down their crown and picks up the mantle of Orlando, Virginia Woolf’s timeless, enigmatic, non-binary noble. Following the titular character over several centuries — including the passing of Queen Elizabeth and the rise of King Charles — this eerily prescient tale is brought to The Garrick Theatre in a bold new adaptation by Olivier-nominated writer Neil Bartlett (The Game of Love and Chance, Berenice, The Dispute, In Extremis).

Previously staged with Isabelle Huppert in 1993 and Miranda Richardson in 1996, Orlando was brought into mainstream consciousness by Sally Potter’s 1992 film adaptation starring Tilda Swinton. Now, the tale is described by the 2022 company as, “One of the most surprising stories in the English language. An inspiring vision of all bodies having equal rights to love.”

Fresh off the back of their Olivier-nominated performance in Anna X at the Harold Pinter Theatre and The Lowry, Golden Globe winner Emma Corrin plays Orlando, the iconic gender-switching hero who lives for over 300 years. With the main character based on Virginia Woolf’s great love, Vita Sackville-West, Orlando has been described as “the longest and most charming love letter in literature”.

Starting in the 16th century and leading all the way up to 1928, Orlando’s adventures range from falling in love with a Russian princess and ice-skating on the frozen Thames at the great Frost Fair, to joining a Romani caravan and consorting with history’s most famous kings, queens, poets, and pirates — all the while shifting effortlessly from one gender to another.

A non-binary actor themselves, Corrin is ideally suited to the eponymous role, stating: “In my mind, gender just isn’t something that feels fixed. I don’t know if it ever will be; there might always be some fluidity there for me.”

Corrin will be backed by an eleven-strong cast led by award-winning director Michael Grandage (Labour of Love, Photograph 51, Genius, The Lieutenant of Inishmore, The Dazzle). Grandage and Corrin are no strangers to working with one another, and most recently collaborated on the upcoming film adaptation of Beth Robert’s critically-acclaimed 2012 novel, My Policeman, starring Harry Styles and David Dawson.

Tickets are now on sale for this strictly limited run, beginning on November 25th.

Thanks to Grandage, Bartlett, and Corrin’s combined star power, seats are expected to sell out fast — so don’t hesitate to get your Orlando London tickets and join this hero on their timeless journey today.

Emma Corrin is glorious in a giddy, heartfelt show

Corrin provides the compelling heart of a problematic play

Emma Corrin is captivating in this time-travelling romp

Emma Corrin is captivating in this bold, tricksy experiment

Nudges, winks and a pack of Woolfs make Orlando bloom

Emma Corrin is magnificent in this experimental Virginia Woolf adaptation

Deborah Findlay as Mrs Grimsditch who attacks the role with a bit more teeth, and Emma Corrin, in the title role, sustain an exuberant approach 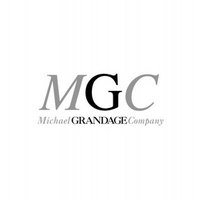