The first London production in over 100 years

“It takes a confirmed spinster to be as sentimental as you are.
What’s to happen to me if I don’t marry – what’s to be the end of me?”

Approaching her 30th birthday in early 20th Century England, the clever and poor Georgiana Vicary is waiting for the handsome but shy Adam Lankester to propose to her.   Her friends expect her to get married, her adoptive parents expect it and more importantly, she expects it of herself – but will her conscience allow it?

Written by actress, journalist, playwright and suffragette Cicely Hamilton, and first produced at the Little Theatre in London in 1910, Just to Get Married was last produced in the UK at Birmingham Rep in 1918, and is directed by Melissa Dunne, founder of the acclaimed gender blind play festival XY

A hugely refreshing feminist insight into all the brutal realities behind those Edwardian happy-ever-afters.

While the play is not perfect, it reminds us that female playwrights were grappling with gender equality more than a century ago. 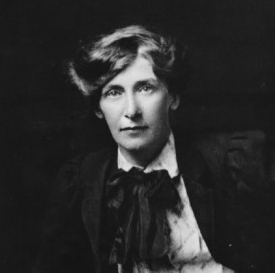