FourTails Theatre Company presents the London premiere of Lost in the Willows, by Christine Foster.

Loss and loneliness stalked Kenneth Grahame, the author of The Wind in the Willows.

He claimed he had only enjoyed one brief period in his life: his carefree childhood on the banks of the Thames. An ill-suited job, an assassination attempt, a disastrous late-in-life marriage and a refusal to grow up form the basis of his life as he crafts one of Britain's most beloved children's books. But his obsession with childhood eventually leads to the greatest tragedy of Grahame's life.

Lost in the Willows is a poignant, moving and often funny examination of the life and relationships of this beloved children's author.

The Wind in the Willows has not been out of print since it was published. Kenneth Grahame’s reverence for rural comradeship is timeless, but it could not bring peace to the author himself.

Lost in the Willows is the second collaboration between Margot Jobbins and Christine Foster. As part of Brighton Fringe 2019, FourTails Theatre Company presented Christine's Four Thieves Vinegar, a production receiving multiple 4-* and 5-* reviews and chosen as one of Fringe Encore's three "Top Picks" of Fringe 2019. 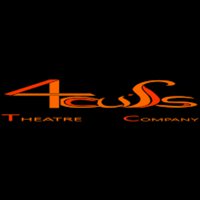