The Same Rain That Falls on Me

It’s the hottest day of the year and Alice is travelling home to say an untimely goodbye. One that will leave a hole in her life forever.

Written by Logan Jones and directed by Jay Seldon, The Same Rain That Falls On Me considers the connection between the effects of climate change on the planet and the effects of bereavement on a family, especially when that bereavement is avoidable. It’s a powerful and witty monologue about family, grief, and finding hope in the face of overwhelming uncertainty.

First performed at York Theatre Royal as part of the 2019 TakeOver Festival, The Same Rain That Falls On Me moved to an online format in January 2021 for [email protected] Season 2. It received the Pick of the Bedford Fringe award in July 2021 on Ricochet Theatre’s first ever tour. This revival will see Ella McKeown in the role of Alice.

Intricate Rituals, written by Seth Douglas and directed by Ella McKeown, navigates queer longing, Catholic guilt, bugs and necromancy. Siken is a gay student who is hopelessly in love with her straight best friend, Dee. When tragedy unexpectedly strikes her life, Siken’s grief turns her down a darker and increasingly unnatural path.

Having previously premiered at the 2021 Edinburgh Fringe with York DramaSoc, Intricate Rituals has been supported by Ricochet Theatre to create an exciting new production with new direction by McKeown and with Maria Cook taking on the role of Siken. 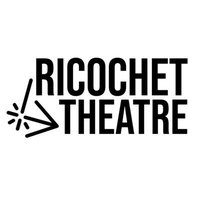