Journey to Vermont this winter in our joyous Made at Curve production of the classic festive favourite, Irving Berlin’s White Christmas!

Based on the Paramount Pictures film of the same name starring Bing Crosby and Danny Kaye, with music and lyrics by Irving Berlin and book by David Ives and Paul Blake, White Christmas tells the story of Veterans Bob Wallace and Phil Davis and their successful song-and-dance act after World War II. With romance in mind, the two follow a duo of beautiful singing sisters en route for their Christmas show at a Vermont lodge, which just happens to be owned by Bob and Phil’s former Army commander.

Featuring a dazzling, instantly recognisable score including Blue Skies, Sisters, Count your Blessings and arguably the most famous Christmas song of them all, White Christmas, Irving Berlin’s beloved Broadway sensation is an enduring tale of friendship, camaraderie, hope and the pursuit of happiness, told through spectacular dance routines and some of the greatest musical theatre songs ever written.

Sparkles from top to toe

As an opportunity to bask in a festive soundtrack, there's hardly a more lovely show in town

Warmth and sincerity is manifest throughout this production of White Christmas, where old-fashioned entertainment though it may be, is clearly one this company believe in

An endearing nostalgia-trip with gorgeous songs to melt the heart

This syrupy production, based on the 1954 musical film, could sweeten your pancakes for a year

Pricey festive treat is as subtle as a snowdrift

This seasonal classic will warm the cockles of your heart… eventually

A festive treat, as long as you've got deep pockets

If you love the original film or are already in the Christmas spirit, grab a mince pie, glass of mulled wine from the bar and settle into some well-intending festive frivolous fun

Enjoyable, if underwhelming, production elevated by Stephen Mear’s choreography and some striking costumes 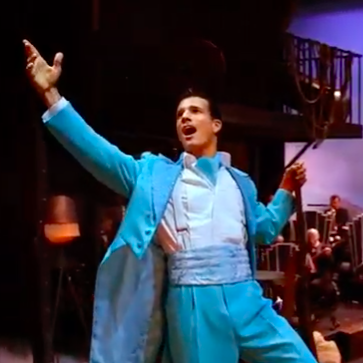