Dirty Dancing is coming back in 2023 for a limited run! Exploding with heart-pounding music, breathtaking emotion and sensationally sexy dancing. Featuring 35 hit songs, including Hungry Eyes, Hey Baby, Do You Love Me? and the iconic (I've Had) The Time of My Life.

Seen by millions across the globe this worldwide smash hit tells the classic story of Baby and Johnny, two fiercely independent young spirits from different worlds, who come together in what will be the most challenging and triumphant summer of their lives.

See the hit film come to life before your eyes with this fantastic, emotional and triumphant live stage show. Get your Dirty Dancing tickets now and Have the time of your life at the Dominion!

Age Recommendation: 14+
Scenes of partial nudity and the storyline addresses the topic of abortion

Dirty Dancing is back in the West End, bringing the love story of Johnny Castle and Frances ‘Baby’ Houseman to life for London audiences. Dirty Dancing London tells the story of two people captivated by the power of dance and its ability to express what we struggle to put into words. As outside forces threaten to divide them, Johnny and Baby keep on dancing through the summer of a lifetime.

Sit back and be mesmerised as the cast of Dirty Dancing take you on a show-stopping ride back in time to the 60s in this stunning adaptation of the 1987 film. Book your Dirty Dancing musical tickets with Stagedoor today.

When 17-year-old Frances ‘Baby’ Houseman arrives for a family holiday in New York’s Catskill Mountains, she has no idea how much her life is about to change. Uninterested in resort activities and spending time with her sister, she finds her way to a dance party in the staff quarters, and witnesses a sight unlike anything she’s ever seen – raunchy dance moves, infectious rhythms, and people moving together without fear.

Upon meeting the resort dance instructor Johnny Castle, Baby’s desire to learn to dance only deepens. Together the two of them set out on a journey of discovery, growing closer both on the dance floor and off. But Johnny and Baby are from different worlds, and within time, their contrasting backgrounds begin to catch up to them. Can they defy the odds and continue to dance together?

Dirty Dancing London contains a soundtrack full of classic tracks, many of which feature in the original 1987 film, including ‘Hungry Eyes’, ‘Hey! Baby’, ‘Do You Love Me?’ and, of course, ‘(I’ve Had) The Time Of My Life’. There are also plenty of tracks that didn’t make it into the original film but have become an integral part of this continuation of Johnny and Baby’s story.

The show also features many original masters recordings among live performances by the cast of Dirty Dancing. Book your Dirty Dancing musical tickets and experience the magic for yourself.

Reprising their roles from the 2022 West End cast are Michael O’Reilly (West Side Story) as Johnny, Kira Malou (Fame) as Baby, and Charlotte Gooch (Singin’ in the Rain) as Penny Johnson, with Georgina Castle (Cinderella) as Lisa Houseman, Lynden Edwards (A Little Night Music) as Jake Houseman, Jackie Morrison (The Last Ship) as Marjorie Houseman, Colin Charles (We Will Rock You) as Tito Suarez, Michael Remick (Follies) as Max Kellerman and Tony Stansfield (Little Women) as Mr Schumacher. Joining them in Dirty Dancing for the first time are Danny Colligan (Les Misérables) as Billy Kostecki, Alastair Crosswell (Singin’ in the Rain) as Neil Kellerman and Lydia Sterling who will make her West End debut as Elizabeth.

The show is written by Eleanor Bergstein, a novelist, screenwriter, producer and director who wrote the original 1987 film. It is directed by Federico Bellone, whose directing and producing credits include Mary Poppins, West Side Story, Sunset Boulevard, The Bodyguard and Annie. Dirty Dancing London features choreography by Austin Wilks, whose 18 year career includes time spent working on the Moulin Rouge in Paris and Simply Ballroom. It was cast by Harry Blumenau and Debbie O’Brien.

Dirty Dancing London is a spectacular night out, featuring a wonderfully nostalgic score, incredible performances, and all the romance audiences expect to see in Johnny and Baby’s love story. Witness incredible live performances of your favourite tracks from the film, experience the excitement of first love, and be wowed by the emotive powers of dance. Book your Dirty Dancing tickets today.

Fans of the film are going to love this stage adaptation, it’s a fitting tribute in so many ways

Federico Bellone’s faithful direction stays so true to the film

Does exactly what it says on the tin

All those Dirty Dancing fans out there will not be disappointed

It is unapologetically commercial 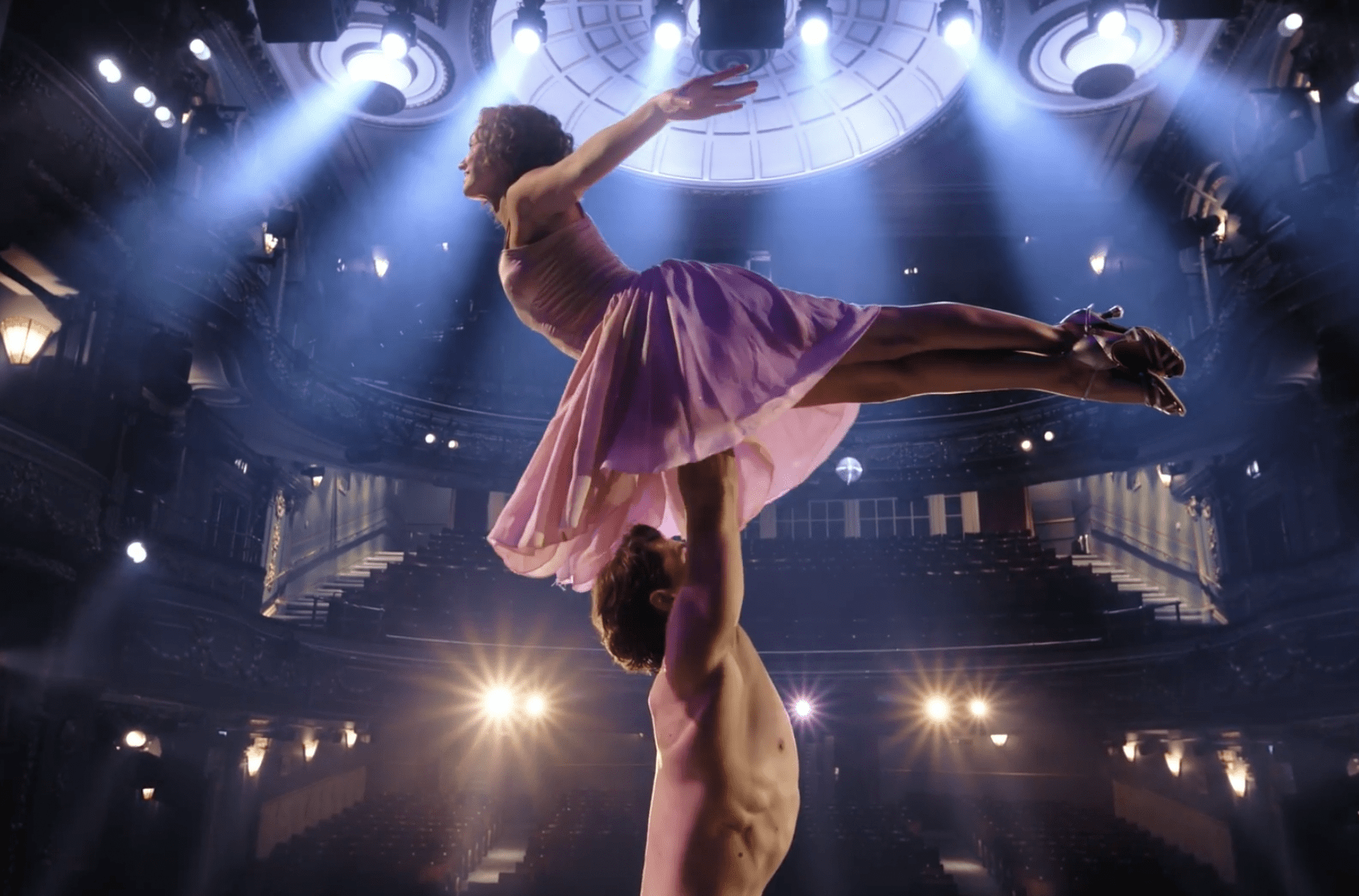