First performed in 2006, this is a fast-paced adaptation of Robert Louis Stevenson’s classic novel which has enthralled audiences throughout Britain and Ireland and played to packed houses everywhere.

An experiment to separate virtue from wickedness in his own nature results in the respectable Dr. Jekyll releasing the demon within – a malevolent force which will eventually possess his body and soul. 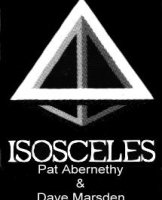